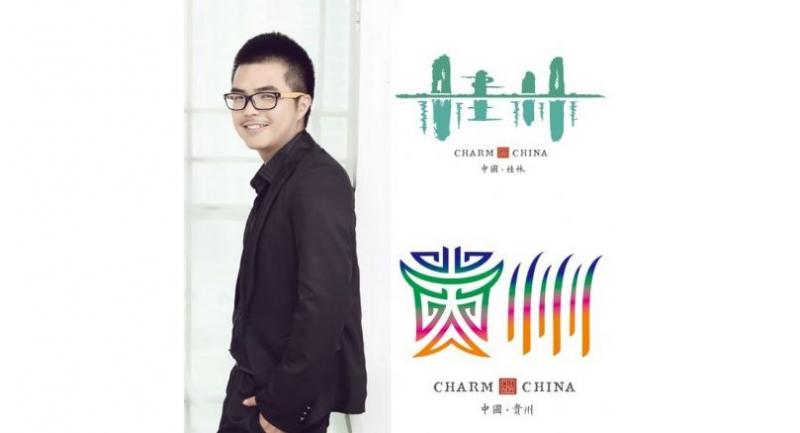 The “24 solar terms”, a complementary calendar system invented in ancient China, has been revived thanks to a creative designer in southwest Guizhou province.

On the eve of this year’s Qingming Festival, Shi Changhong released his reproduced and packaged characters for each solar term in the form of animated GIF digital files.

Since their initial release on March 29 on Zccol, a website for design professionals, the images have won public acclaim and quickly engulfed the social media, with millions of hits during the festival period.

“In my mind the 24 solar terms represent a complicated social-practice system formed through observations of the sun’s motion and understanding of the changes in season, climate and phenology,” Sina Weibo user Wang Xiaoqian wrote in a post.

“But this definition comes from the textbook. After taking a closer look at the GIFs, I can understand them in a clear and more direct way.”

To maximise publicity, Shi released his work in video, animation and still-picture formats, all with background sounds.

“When I watch the short video I can strongly feel the Chinese elements hidden in them, and it’s really cool to rejuvenate traditional culture in such a unique way,” enthused WeChat user Xiao Feifei.

“It’s really a comfort to see so many people like my latest work,” Shi says. “But, to be honest, it would really have surprised me if the work didn’t cause a sensation among Chinese people.

“The 24 solar items represent a deeply rooted concept that encapsulates the essence of Chinese wisdom. But only a few people know all the names or the correct order. My intention was to increase awareness about our fine traditional culture.”

The 24 solar terms were added last year to Unesco’s list of “world intangible culture”. Shi is often asked whether that inspired him to design the GIFs.

“Actually this is only a part of the overall design programme ‘Charm China’ I started over a year ago,” he says. “However, being added to the cultural heritage list really gave me confidence to continue the work.

“I grew up in a small village and had a special feeling towards the solar terms. When I was a child I noticed that my family would farm in accordance with the solar items, which mean a lot to rural people. So designing these items also brought back happy childhood memories.”

Born in the Qiandong in Guizhou’s Liping County, Shi is ethnic Dong, a culture imprinted on everything from hats and shoes to embroidery. With this influence he developed a childhood interest in drawing pictures and was responsible for updating his high-school notice board.

In 2004 he was admitted to Guizhou Normal University and majored in graphic design, laying the foundation for his future career. After graduation Shi joined the Guizhou Sunshine Brand Design Company as a designer.

In 2011 he won a competition by creating two artistic Chinese characters to represent the city of Guilin in Guangxi Zhuang autonomous region. That success led to many other Chinese regional logos.

He gained widespread attention last September when he released the full set of characters for different Chinese regions to celebrate a national holiday.

Shi says that, with investments from business partners, he can now more freely choose his next direction. The 12 zodiac signs and China’s 56 ethnic groups are potential future projects.

“But I won’t yield to the market and forget my original will,” he says.

The lure of online celebrity has grown in China and countless wannabes long to be stars, but Shi has different priorities.

“I’d like to be known as a persistent designer rather than an online celebrity,” he says. “That’s a controversial notion for me anyway, because I’m not gaining all this attention through good luck, an appealing outlook or media hype.

“My work is my best spokesman and in the future I’ll continue to let it speak for me. If you cease the struggle, you cease life.”