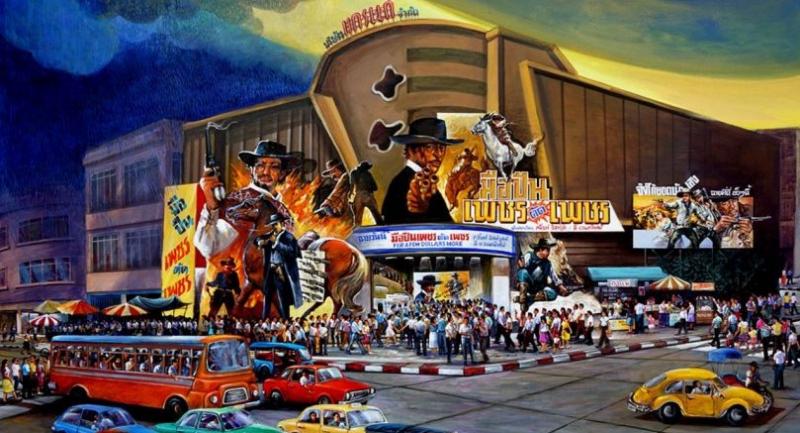 Now 73, Choosak Visanukamron reviews a long and remarkable career in the arts in a solo show opening today at the Queen’s Gallery in Bangkok.

The country boy who became a successful painter of movie posters and ultimately an esteemed artist will be at the gallery for the opening and again on May 13 at 1pm for a talk about “Memories of Old Bangkok”.

Nostalgia is a theme of the exhibition continuing through May 25, with many of Choosak’s hand-painted film posters on view, evoking happy times at the cinema. Other works address various topics, including his admiration for the monarchy and a series on the Indian emperor Ashoka the Great, who did so much to propagate Buddhism.

Vikrom Kromadit, chairman of the Amata Foundation, will open the exhibition today at 6pm.

The Queen’s Gallery is open daily except Wednesday from 10am to 7pm. There is no admission charge. Learn more at (02) 281 5360-1 or www.Facebook.com/queengallerybkk.