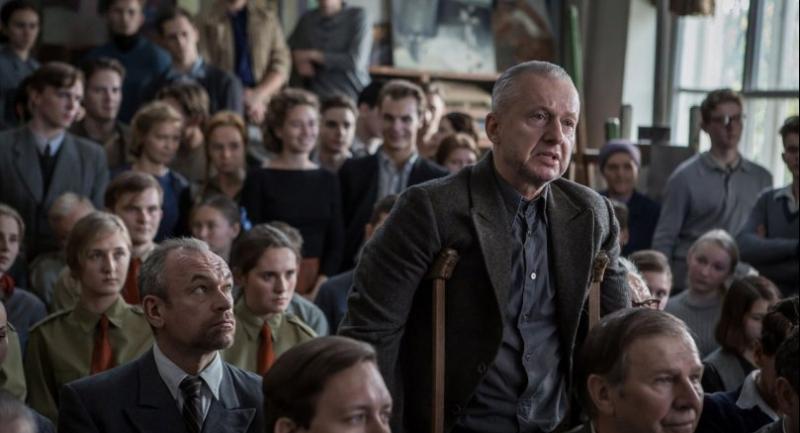 The Polish historical film "Afterimage" opens the European Film Festival on May 19.

ONE OF THE most popular celluloid events in Thailand, the annual European Union Film Festival returns to Bangkok, Chiang Mai and Khon Kaen this month with 13 quality films from 11 countries reflecting cultures and lifestyles that are as diverse as they are unique.

Taking place at SF World Cinema, CentralWorld from May 19 to 29 before heading to the North and Northeast early in June, the festival opens with late Polish director Andrzej Wajda’s highly acclaimed drama “Afterimage”.

Set in 1945, when Stalin effectively seized control of Poland, it tells the story of painter Wladislaw Strzeminski, who refuses to compromise on his art. Persecuted, expelled from his chair at the University, he’s eventually erased from the museums’ walls. With the help of some of his students, he starts fighting against the Party and becomes the symbol of an artistic resistance against intellectual tyranny. Another highlight is the Finnish movie “The Happiest Day in the Life of Olli Maki”, the debut feature of rising star Juho Kuosmanen, which picked up the Un Certain Regard prize at last year’s Cannes Film Festival and won the filmmaker the Best Director award at the Chicago International Film Festival in 2017. It tells the true story of Olli Maki, the Finnish boxer who had a shot at the 1962 World Featherweight title. Immensely talented and equally modest, Maki’s small town life is transformed when he is swept to national stardom and suddenly regarded as a symbol of his country. There’s only one problem: Olli has just fallen in love. Inside of the ring, it’s Finland versus the USA, but outside, boxing and romance become unlikely adversaries vying for Olli’s attention.

From Germany comes “Tour de Force”, a romantic drama centred on Hannes and Kiki who are preparing for their annual bike tour with their closest friends. However, after the tour has begun, Hannes breaks the bad news to his friends that he is suffering from an incurable disease. France offers the romantic comedy “Two Friends”, which was nominated for two awards at the 2015 Cannes Film Festival. It tells the story of Mona, a prisoner on work release, who meets Clement, a shy actor. Desperate to impress Mona, Clement recruits his extroverted friend, Abel, to help. When Mona becomes more interested in Abel, it sets off a conflict between the two friends. Mona, meanwhile, attempts to keep her past hidden.

In “The Invisible Boy”, a fantasy film from Italy, Michele, a shy and unpopular 13-year-old, discovers he can become invisible by donning a Halloween costume, while the Swedish documentary “Nice People”, tells the story of the first ever Somali bandy team as they struggle to reach the World Championship in Siberia 2014.

Also showing are “The Paradise Suite” from the Netherlands, an account of the lives of six immigrant residents of Amsterdam, Belgium’s “Tokyo Fiancee” in which a young woman falls into a whirlwind romance with a Francophile Japanese student and “Horse Money”, Pedro Costa’s mesmerising odyssey into the real, imagined and nightmarish memories of the elderly Ventura, a Cape Verdean immigrant living in Portugal.

- The European Union Film Festival 2017 is being held at SF World Cinema in Bangkok from May 19-28 then at SFX Cinema, Maya Lifestyle Shopping Centre in Chiang Mai from June 3 to 11. Its final stop is SF Cinema City, Central Plaza Khon Kaen on June 17-18.

- All films will be screened in their original languages with Thai and English subtitles.

- Tickets for the Bangkok screening are priced at Bt120 and Bt80 in Chiang Mai. They are available at the box office and online at www.SFCinemaCity.com.

- Admission to the festival in Khon Kaen is free. Tickets will be available 30 minutes before screening at the festival booth in front of the cinema.

- For the list of films, synopses, trailers and screening programmes for Bangkok, Chiang Mai and Khon Kaen, contact the SF Call Centre at (02) 268 8888 or visit www.SFCinemaCity.com, www.facebook.com/Welovesf and www.facebook.com/ EUinThailand.