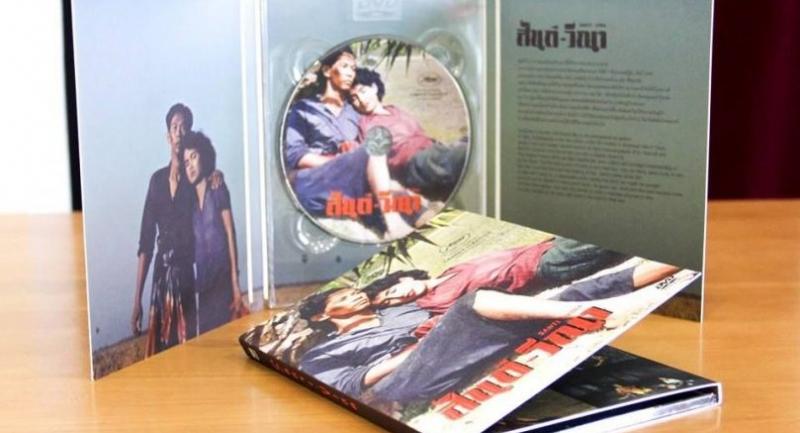 The Thai Film Archive has made the longlost movie 1954 “Santi Vina” available on DVD in a boxed set, fully remastered with glorious picture quality.

An added feature is the documentary “The Signature” about the great Thai filmmaker Ratana Pestonji, who was the cinematographer on “Santi Vina”.

Also included is a book filled with historical information about the movie, a replica of the 1954 release leaflet, and six keepsake postcards.

The movie had been presumed lost for 60 years before negatives turned up in Russia and China.

Italian cinema lab L’Immagine Ritrovata helped the Thai Film Archive restore the lost treasure last year and it was shown in Thailand and selected for the “Classics” segment of the Cannes International Film Festival.

The story centres on Santi and Vina, starcrossed lovers whose relationship is forbidden by Vina’s parents because Santi is blind.

The DVD costs Bt450 at the Film Archive on Buddha Monthon Sai 5 Road in Salaya and at Cinemastan at the Bangkok Art and Culture Centre.