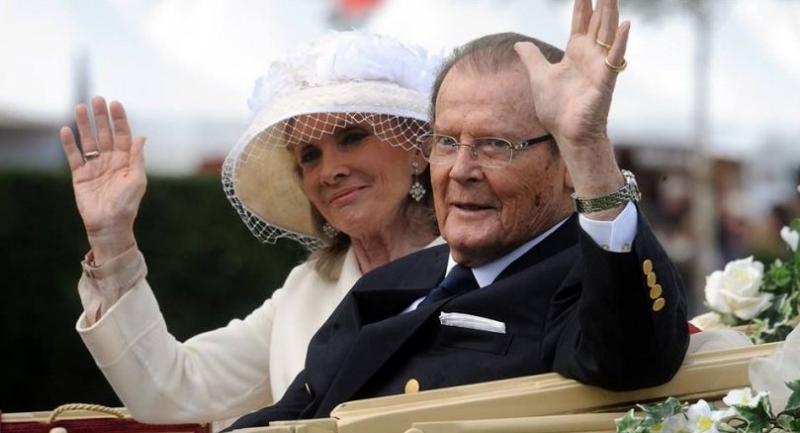 "It is with a heavy heart that we must announce our loving father, Sir Roger Moore, has passed away today in Switzerland after a short but brave battle with cancer," they said in a statement published on Twitter.

"We are all devastated," Deborah, Geoffrey and Christian said, adding: "Thank you Pops for being you, and for being so very special to so many people."

Moore won fame as the smooth-talking adventurer Simon Templar in British television show "The Saint" in the 1960s, and also starred alongside Tony Curtis in "The Persuaders" in the 1970s.

But it was not until 1973, at the age of 45, that he won the role that for many fans would come to define him, as Bond novelist Ian Fleming's fictional secret agent.

In later years Moore became known for his humanitarian work, notably through his activities as a UNICEF ambassador, helping raise funds for under-privileged children.

"With the passing of Sir Roger Moore, the world has lost one of its great champions for children - and the entire UNICEF family has lost a great friend," the UN agency's executive director Anthony Lake said.

Moore's children said he considered the UNICEF work -- for which he was given a knighthood in 2003 -- his "greatest achievement".

"We know our own love and admiration will be magnified many times over, across the world, by people who knew him for his films, his television shows and his passionate work for UNICEF, which he considered to be his greatest achievement," they said.

"The affection our father felt whenever he walked on to a stage or in front of a camera buoyed him hugely and kept him busy working into his 90th year, through to his last appearance in November 2016 on stage at London's Royal Festival Hall.

"The capacity crowd cheered him on and off stage, shaking the very foundations of the building just a short distance from where he was born."

They said their thoughts were with his fourth wife, Kristina, adding that there would be a private funeral in Monaco.

Here are well-known films and TV series in which Roger Moore starred: