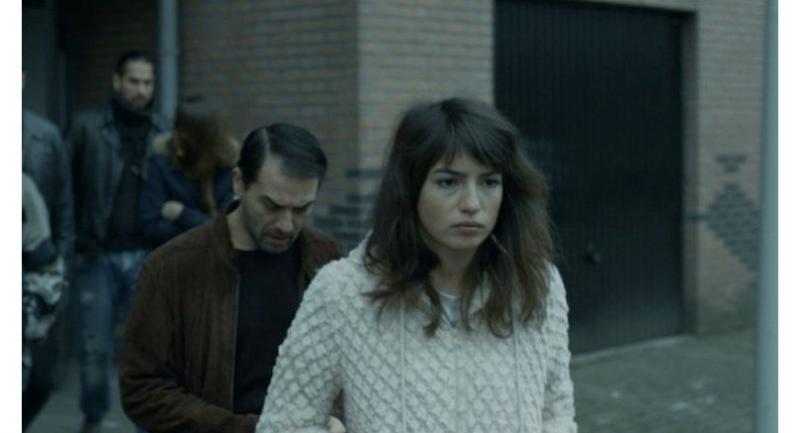 The European Union Film Festival moves to Khon Kaen this week, with screenings being held SF Cinema in Central Plaza on both Saturday and Sunday (June 17-18).

Six films have been selected for the Northeast leg of the festival. All will be screened in their original languages with Thai and English subtitles.

Saturday’s programme features “The Paradise Suite” from The Netherlands at 2pm, “Spain in a Day” from Spain at 4.30pm and “Nice People” from Sweden at 6.30pm.

“The Paradise Suite”, directed by Joost van Ginkel, is a story about six people finding each other and, sometimes with just one glance, influencing each other’s lives irreversibly. For the beautiful young Bulgarian, Jenya, her journey to Amsterdam turns out to be the opposite of what she hoped for. Her gruelling captivity forces the angelic African, Yaya, to fight for her freedom - a dangerous fight in which he loses everything but his beloved faith. The Serbian war criminal Ivica, who has just become a father, is painfully confronted with the fact that crimes will never go unpunished. The Bosnian, Seka has nothing left to live for except her vengeance but as it turns out; it’s that same vengeance that brings love back in her life. And when the Swedish piano-wonder boy, Lukas, runs away from his new temporary home, his father Stig finally realises that their mutual passion for music is damaging their relationship.

“Spain in a Day”, directed by Isabel Coixet, brings life to the story of Spanish people with the aim of creating a film made by them, while also reflecting the fears and dreams of today’s Spain for its natives of tomorrow, at a time of enormous social and cultural changes. This is the most innovative social film created and shot by Spanish people and the most extraordinary cinematic social event ever made in Spain.

“Nice People”, directed by Anders Helgeson and Karin af Klintberg, follows the first ever Somali bandy team in their struggle to reach the World Championship in Siberia 2014. The team lives and trains in Borlange, Sweden and is coached by former bandy player Per Fosshaug and Cia Embretsen.

“Tokyo Fiancee”, directed by Stefan Liberski, is about Amelie, a young Japanophile Belgian woman in Tokyo. Hoping to support herself by giving private French lessons, she winds up with only one student, the handsome Rinri, a Japanese Francophile. And then their whirlwind romance begins.

“Herbert”, directed by Thomas Stuber, is about a former East German boxing champion who is reduced to working as a bouncer and debt collector. He is forced to reflect on his life when he is diagnosed with a fatal disease.

“Tour de Force”, directed Christian Zubert, is about Hannes and Kiki and their choice of destination for their annual bike tour with their closest friends. Both look forward to the adventure; after all they know that what counts the most is the time they spend together. It’s only after the tour has begun that Hannes tells his friends that he’s suffering from an incurable disease. This trip is to be his last. At first, the group is shocked and helpless, but after they hit the road again, they embark on a wild and one-of-a-kind adventure. Through Hannes, they realise how precious life is.

Free tickets will be available from 30 minutes before screening at the festival booth in front of the cinema. For more information, call (02) 268 8888 or visit www.facebook.com/EUinThailand and www.SFCinemaCity.com.