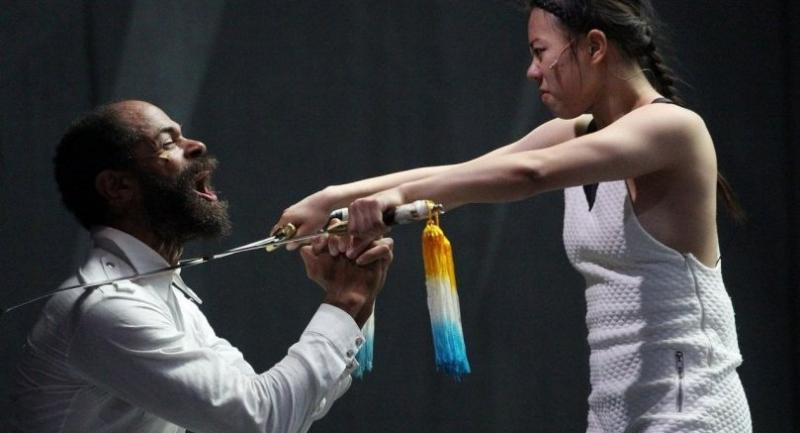 By Pawit Mahasarinand
Special to The Nation
St Petersburg, Russia

The joy in following works by choreographer Wim Vandekeybus and his company Ultima Vez stems from the fact that each new work always differs – both in terms of content and form – from the previous ones. And this is a 31-year-old company so the differences over the years have been great.

Earlier this month, the 19th annual edition of “Open Look”, an international dance festival with strong focus on contemporary works organised by Kannon Dance in St Petersburg, featured “Mockumen-tary of a Contempo-rary Saviour” as its closing act. Premiered in Belgium a few months ago, the work is set in the near future when a Taiwanese woman, a Russian woman, an African-American man, a Syrian man, an Englishman, an Italian man, and a Belgian woman, who’s also the mother of the Saviour, are saved from the war that has annihilated all lives on earth and now find themselves in a state of limbo. With their differences in beliefs and ideologies, conflicts break out frequently, verbally as well as physically. Most performers were at ease with both the spoken text and the physical movements, making it difficult to work out who’s a dancer and who’s an actor, not that it matters. The myriad of characteristics, nationalities and spoken languages, although most of the work was in English with Russian surtitles, added extra colour to this 110-minute performance with no intermission.

The work made me think of the many spiritual leaders we have here in Thailand, and we’re not even in a post-apocalyptic age. When we seek answers to certain questions or solutions to problems we cannot solve ourselves, some of us rely on them, instead of friends, family members or psychiatrists. Half of the audience seats of historic playhouse Baltic House, whose classical look contrasted nicely with the post-modern production design, had been blocked off and those remaining were far from full. The audience for contemporary dance audience in Russia is still small, especially in comparison to classical ballet, but that doesn’t mean we can overlook its development.

At the media centre of its hub, the New Stage of the Alexandrinsky Thetare, the festival also presented screenings of the new documentary “Wim” by his sister Lut who showed how her brother mixed everyday life incidents into his stage and film works. This was shown a few days before “Galloping Mind”, a drama film written and directed by Wim himself. Before the latter, Wim shared his thoughts and insights with his Russian audience, through an interpreter, explaining how he creates works based on the subject matter he’s interested in at that moment and how he bases them on, and with, his performers. He also stressed that he makes use of different media like spoken text, physical movements, visual arts, music and film in communicating with his audience, depending on the appropriateness of certain scenes in the performance.

And that’s indeed contemporary performance as it should be.

The writer’s trip was supported by Russian Look’s press office. Special thanks are due to Vadim Kasparov, Maria Tavapova and Nastya Lugovtseva.

- “Mockumentary of a Contemporary Saviour” will be at ImPulz Tanz festival in Vienna, Austria tomorrow and Thursday. Further dates this year and next are in Belgium and France.