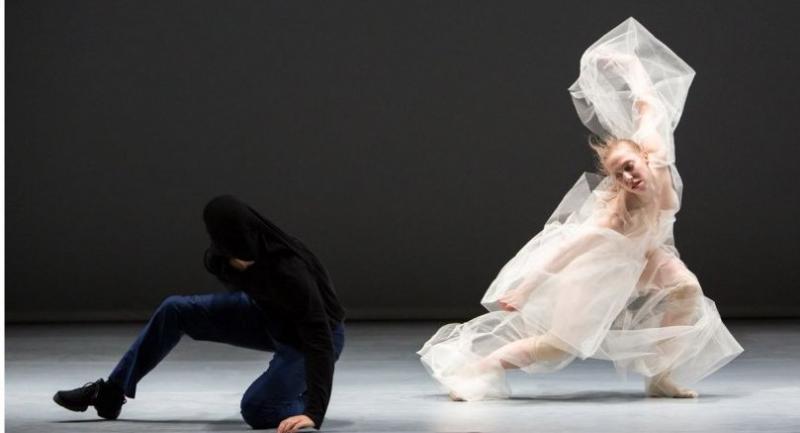 By Pawit Mahasarinand
Special to The Nation
Montpellier, France

Here are the two large-scale dance works I recently enjoyed tremendously at the 37th annual Festival Montpellier Danse and would like to see again, specifically at the Thailand Cultural Centre’s Main Hall as part of Bangkok’s International Festival of Dance and Music.

Here are some reasons. Canada-born choreographer Marie Chouinard’s “Soft virtuosity, still humid, on the edge”, created in celebration of her company’s 25th anniversary two years ago, has been on tour, fittingly, for two years now.

The audience witnessed various tempos and styles of walks, some even reminiscent of those who are physically challenged, amid different formation of dancers that’s never predictable.

To explore possibilities, it’s evident that Chouinard dared to go to the extreme and as a result she proves that the grotesque, presented with taste, can be equated to unique beauty.

Live video projection frequently zoomed in on facial expressions for the audience to watch on the large screen upstage how certain movements affected each individual character and the whole group emotionally, and how they reacted to one another.

Occasionally and wisely not too often, the dance movements were projected in slow motion and they looked like paintings on the back wall. These images nicely filled up the Opera Berlioz’s grand stage, without ever taking the focus away from the skilful dancers who were having fun with various new body languages that are not only restricted to the confines of classical dance.

I’m sure it’ll do so for our grand stage here too, and, if my record is not faulty, we’ve never seen a contemporary dance work from Canada in our festival before.

A few evenings later and a few hundred metres away, at the festival’s hub Agora’s open-air theatre, I had another special treat thanks in part to the pleasant summer evening weather and the courtyard of the building which used to be a prison, a convent and a military barracks. "TENWORKS (for Jean-Paul)” was a new work by Israel-born, France-based choreographer Emanuel Gat, in which he combined the skills of his company, Emanuel Gat Dance, and Ballet de l’Opera de Lyon.

In two acts, each with five scenes, all differently titled and each scene averaging 10 minutes, 10 dancers from each of the two companies danced to a variety of music from classical to contemporary.

And the second act topped the first’s pre-recorded music with live piano, clarinets and double bass.

Described as “a programme celebrating dancers”, each scene differed from the preceding one in mood and tone, as well as the number of dancers.

Combined into a full programme, it proved solidly how dancers, with different training backgrounds, with the careful guidance and keen vision of a choreographer can not only work together as one fine ensemble – it’s even difficult in some scenes to point out which dancer belongs to which company – but also remind us that contemporary is the amalgamation of the present and the past and that dance is a universal language.

Neither of these two internationally acclaimed companies has been here before – the closest the Lyon company ever got to us was Singapore, where they performed classical ballet “Giselle” seven years ago. I certainly hope “TENWORKS” comes here soon.

It’s true that tickets for contemporary dance here are rarely sold out, and previous experience, even with world-renowned companies, has shown that the hall could be less than half filled, which is the opposite case to that of “Swan Lake” by any company.

Still, dancers and choreographers here, as well as audiences, cannot develop further if they’re stuck in the familiar realm of classical ballets and deprived their chances to fully exercise their imagination.

The writer’s trip was supported by Festival Montpellier Danse’s press office – special thanks to Maiwenn Rebours and Natalia Matus.

KEEP UP TO DATE