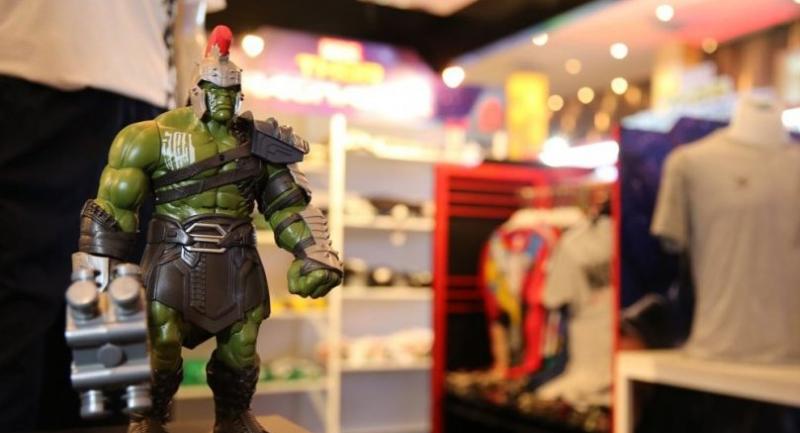 Disney joins forces with Major Cineplex in offering special experiences for Marvel fans with its “Year of Marvel” campaign that runs from now until next year and kicked off this week with the opening of “Thor: Ragnarok” at cinemas nationwide.

This exclusive marketing event is being held at Major Cineplex cinemas across the country and those applying for membership will receive collectible Year of Marvel M Gen cards with official pictures from 4 Marvel movies,The Walt Disney Company (Thailand) has granted Major exclusive rights to produce series of the collectible Year of Marvel M GEN cards – 20,000 cards for each of the 4 movies. M-Card members who are true fans of Marvel can claim the cards now at only Bt160 per card, with a complimentary “Thor: Ragnarok” ticket. The special Ragnarok card will be included in the collection book with the Marvel Studios cover, which can be printed only by Major Cineplex group, the authorised license holder. The cards from the other 3 films will be available for pre-sale 2 weeks prior to the release date of each film.

In addition, Major is also authorised to produce Marvel dolls as souvenirs for Marvel fans to collect. Starting with the Thor and Hulk plush from “Thor: Ragnarok”, M Generation members can use 200 points to redeem 1 doll for free, or use 10 points plus Bt300.

At the end of the campaign, M GEN members who watch all 4 films will get a chance to win a free tour package to Hong Kong Disneyland with accommodation.

Disney Thailand also offers a Marvel Box experience for the 4 movies with interactive activities. Marvel’s rare items will be available for sales and life-size models will be displayed for fans to appreciate and take pictures. To herald the release of the first movie in the campaign, “Thor: Ragnarok”, Thor and Hulk life-size statue are now showing at the Paragon Cineplex until November 12. “Thor: Ragnarok” tickets can be used to obtain up to 20 per-cent off purchases. The Marvel Box will return to meet Marvel fans at every Marvel movie screening under the campaign Year of Marvel at Major Cineplex.

Find out more at www.MajorCineplex.com.