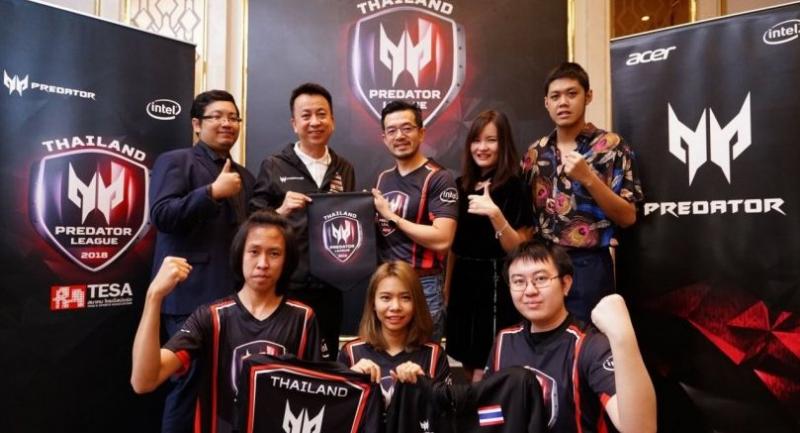 Acer Computer has organised the Dota2 contest on the Predator League stage to search for the best Thai e-sport players.

Winners from the Thai event will receive prizes worth more than Bt100,000 and the right to represent Thailand in the upcoming Asia Pacific Predator League 2018 in Indonesia.

In collaboration with the Thai E-Sports Association, Acer (Thailand) has raised public awareness of e-sports, created e-sport trends, and developed good attitudes towards them, he said.

According to Newzoo’s “Global Esports Market Report”, there were some 9.5 million e-sport lovers in Southeast Asia last year, with about 1.1 million of them living in Thailand.

Across the world, up to 385 million people have watched e-sport tournaments so far this year, with most of them watched such competitions via online platforms.

It is estimated that Asia-Pacific people account for 51 per cent of these viewers.

The upcoming Predator League will be the Dota2 competition, and it is also Thailand’s first e-sport tournament to have been certified by the Thai E-Sports Association following the Sports Authority of Thailand’s move to recognise e-sport as a new form of sports and to officially accept the establishment of e-sport associations.

The Dota2 competition, which commenced on Saturday, promises to be a crucial forum for youth and e-sport fans who are interested in becoming e-sport players.

Winners will have opportunities to join the world-class forum later on.

To Acer, the contest is another milestone in its efforts to allow youth and e-sport fans to demonstrate their potential, Nitipat said, adding that the forum will at the same time also highlight the Taiwan-based computer company’s innovations that have been developed for the best user experiences.

The first round of Predator League tournaments runs through November 23 to select the 32 best teams.

The final round will then be held on November 25 at the@Arena Plus FpsThailand.