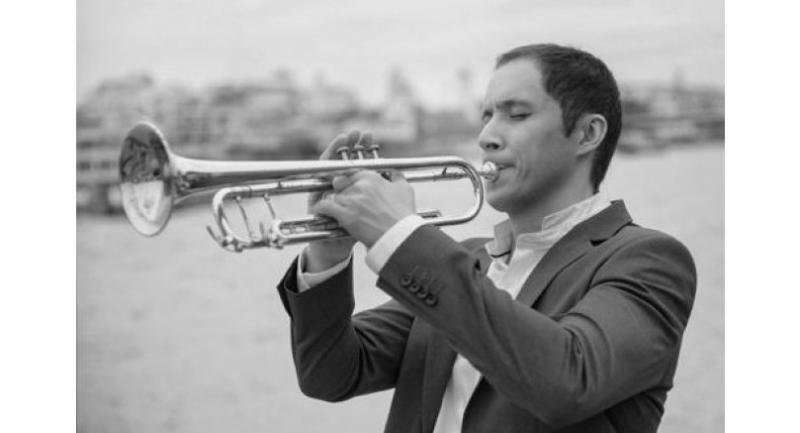 A long-time resident of Thailand, British jazz musician Stuart Hawkins pays a personal tribute to His Majesty the late King Bhumibol Adulyadej with the release today of his recording of “Love at Sundown”. Produced and arranged by Hawkins, the charity single features some of Thailand’s top contemporary jazz instrumentalists.

Composed in 1946, “Love at Sundown” was the first song in King Bhumibol’s prolific musical repertoire to be released to the public and was an instant hit. This uplifting new rendition brings a foot-tapping New Orleans feel to the song and features Hawkins on trumpet and flugel-horn, Passakorn Moralsilpin on saxophone, Kom Wongsawat on piano, Titiwat Treepob on bass and Pong Nakornchai on drums.

For this special project, Hawkins teamed up with Universal Music Thailand, which is distributing the single in Thailand and worldwide across a variety of digital platforms. From today, the single is available for download on iTunes and streaming on Apple Music, Deezer, Joox Music, Spotify, Tidal and True Music. Ring back tone downloads are also available on AIS, Dtac and True Move.

Hawkins will be donating proceeds to The Water Foundation of Thailand (Utokapat Foundation) under the Royal Patronage of His Majesty the late King. The foundation was set up in 2011 with initial endowment capital from the late monarch on the occasion of his 84th birthday anniversary. The foundation’s vision and approach follows the late King’s initiatives on community water resource management in order to improve drought and flood resilience and strengthen livelihoods and economic development.

“It's been a privilege to live in Thailand for more than a decade and I join the Thai people in remembering and paying tribute to His Majesty the late King Bhumibol Adulyadej,” Hawkins says.

“Through this project and with this great band I wanted to celebrate and pay tribute to the extraordinary legacy of Thailand's beloved ‘Jazz King’ and ‘Development King'. I would like to invite people here in Thailand and around the world to download this charity single and I hope they enjoy this rendition of 'Love at Sundown'.”

Born in Australia to British and Malaysian-Chinese parents, Hawkins grew up in Hong Kong and started to play the trumpet at the age of nine. As a teenager, he became passionate about jazz and blues music, soaking up recordings of artists such as Duke Ellington and Freddie Hubbard and playing in a number of jazz and blues bands. After high school, he moved to England, where he studied Modern History at Oxford University. He was a soloist with the Oxford University Jazz Orchestra and also played in smaller groups alongside some of the top young jazz musicians in England.

Now in Thailand for 11 years, he has played at venues across Thailand and Asia and performed with many leading Thai artists including Koh Mr Saxman and Neung Jakkawal, the acclaimed pianist, composer and producer.

- All proceeds are going to The Water Foundation of Thailand under Royal Patronage.