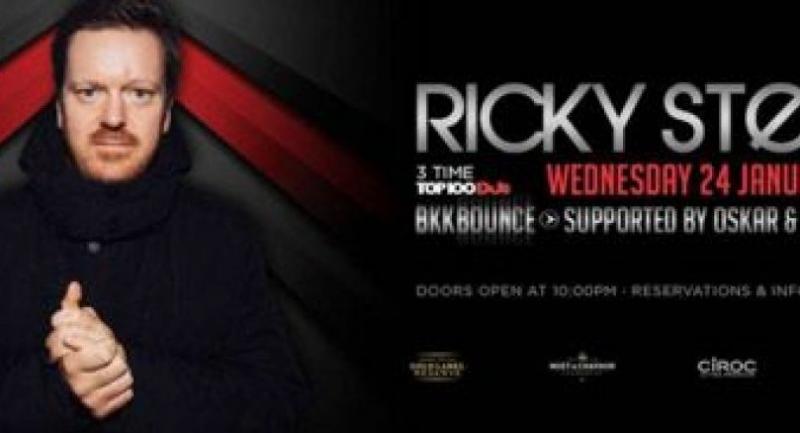 Hong Kong-based DJ Ricky Stone jets into Bangkok next week to man the decks at Insanity Nightclub on Sukhumvit Soi 11 on Wednesday from 10 until late. A native of Sheffield in the UK, Stone cultivated his taste for acid house music in the late ‘80s. The seasoned DJ has been ranked on DJ Mag’s Top 100 DJs list for four consecutive years, peaking on the #35 spot in 2008. Tickets are Bt400 for men and Bt300 for women with one drink. Find out more at (082) 731 8885. Hot night spot Beam on trendy Thonglor fetes its second anniversary next Saturday with a party featuring Arthur Yeti (Yeti Out), Saryu, Noxro B2B Foresto and special international guest Jacques Greene. Greene is best known for his tracks “Another Girl”, as well as “On Your Side” and “You Can’t Deny” and released his debut album, “Feel Infinite” last year on the LuckyMe label. Entry is Bt500 including one drink. Book a table at (02) 392 7750. Dance till you drop

Don’t Let Daddy Know – one of the biggest electronic dance music brands in the world – is back for its second year in Thailand at Live Park Rama IX over the February 23 weekend. Running from 5pm until late both nights, it will feature world-class DJs, edgy decorations, and special “DLDK” gadgets. The festival, which began five years ago on Ibiza, is now a worldwide phenomenon that takes place in stadiums and arenas around the globe. Tickets are Bt3,300 for a twoday pass and Bt4,500 for a VIP twoday pass available at www.TicketMelon.com/event/dldkthailand2018. Chang Carnival 2018: World of Illusion returns to Asiatique The Riverfront on February 16 and 17 and this time brings together big name Thai artists including Buddha Bless, Joey Boy, Slot Machine, Modern Dog on the first day and international world-class DJs on the second day. Find out more at www.TicketMelon.com/event/changcarnivalworldofillusion. The London Symphony Orchestra – the oldest of London’s symphony orchestras – will be back at Thailand at Prince Mahidol Hall, Mahidol University on June 6 and 7 for a programme that includes Ravel’s “Rhapsodie Espagnole”, Beethoven’s “Piano Concerto No 3” and Mussorgsky’s “Pictures at an Exhibition”. The second day will feature Dvorak’s “The NoonDay Witch (Polednice) Op 108”, Liszt’s “Piano Concerto No 2 (Bronfman)” and Shostakovich Symphony No 10. Tickets costing from Bt3,000 to Bt20,000 are already on sale at Thai Ticket Major counters and online at www.ThaiTicketMajor.com.