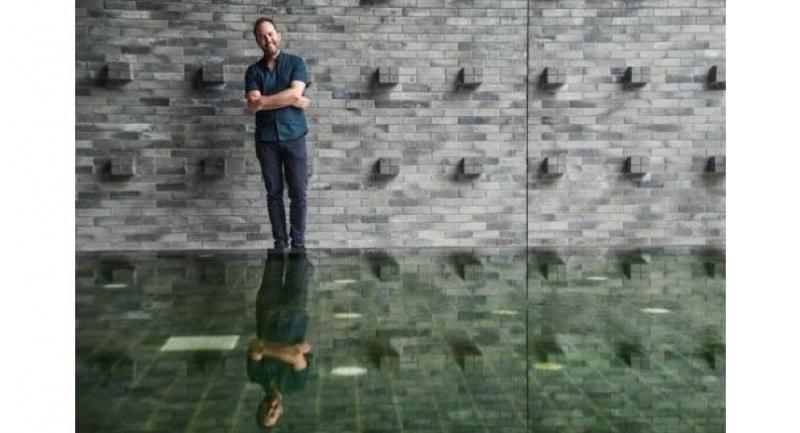 “The way you can achieve all of those things is to listen to the music as much as you can and to find yourself in that music instead of trying to fulfil other roles that people have for you.” – Will Vinson

By Kom Wongsawat
SPECIAL TO THE NATION

Saxophonist Will Vinson talks about his beginnings as a piano student, the musicians in his quintet and why he’s delighted to be playing in Thailand

British-born, New York-based alto saxophonist and composer Will Vinson makes his debut in Thailand tomorrow night as part of the Thailand International Jazz Conference 2018 taking place at the College of Music, Mahidol University’s Salaya campus and he’s delighted to be playing a role in this one-of-a-kind event.

“I’ve heard about TIJC from a few people. Jonathan Kreisberg was there a couple years ago and I play with him a lot. We talked about it, but I couldn’t do it back then. Rick Rosato, Glenn [Zaleski] and Shai [Maestro] also know of the Conference. So I’ve been waiting for the right moment,” he told me a few weeks ago. “My quintet is happy to be going too. It’s a really beautiful meeting of personalities. Musical personalities I mean. Orlando [Le Fleming] and I have been playing together since he moved to New York. He is a great bass player and great composer. Then Mike Moreno, who’s obviously well known to most people who are interested in jazz guitar – he’s got the most incredible sound and fluency of playing. Kevin Hays is one of the most creative piano players I ever heard and every time he plays everything a bit different. And Henry Cole is a great drummer. He has experience from a million different types of music that he brings to playing jazz. I met him through Miguel [Zenon] and I’ve played with him for almost 10 years now. We did a tour in September with Kevin and Matt Brewer,” Vinson says.

Vinson’s saxophone playing is executed with incredible power and dramatic sensitivity and is characterised by his imposing sound and technique. Influenced by saxophonists from Cannonball Adderley to Chris Potter, he nevertheless brings his own unique approach to every performance. “When I was a kid, I took piano lessons and it was interesting because I knew I loved the piano, I knew I loved playing music. But I hated taking piano lessons until I started to listen to my dad’s jazz records. He has a decent jazz collection and he was a big fan of Oscar Peterson, Duke Ellington and others. When I was much younger, I was not interested in that music. I hated it because it’s my parent’s music and then at some point, there was some connection between me messing around on the piano and the music that I was hearing. Suddenly, I found that I was falling in love with jazz. I’m not sure how I ended up taking up the saxophone as well,” Vinson laughs. “For a long time I wanted to be a piano player, but I was also playing the saxophone. I could not really decide, it was a long process for me to realise that I needed to play the saxophone, but it came from listening too. It started with Oscar Peterson, Count Basie, and then I became more interested in Duke Ellington. From there, I changed my piano teacher and I took jazz piano lessons from a great piano teacher in London called Leon Cohen. He opened a new world of music for me and he was also interested in synthesisers and making music on computers. I got interested in Weather Report, Chick Corea, and Pat Metheny and all this different stuff. That sort of changed everything. Suddenly, before I knew it, before I really had a chance to make any decision, I just sort of knew that I had to be a musician. Leon inspired me. One of the things he said when he could tell that I was interested in becoming a musician was, ‘Look, one thing that I would say about it is, don’t do it. Unless, you would rather be dead than doing anything else.’ I thought, wow, he would probably try to encourage me to become an accountant or something. I heard that and I was like, ‘what an amazingly romantic and dramatic thing to say’. I was like, yeah, great! That’s me!” Vinson is very conscious of his responsibilities towards his fellow musicians, saying, “If you have good time, rhythm section players will want to play with you. If you don’t have a good time, the rhythm section will feel like they’re babysitters.

“I’m very difficult to please. But one of the reasons that I’m difficult to please is because I live in New York and that’s where the best drummers are. You want to be supportive but you also don’t want to be bored. It is such a delicate balance. You’re looking for somebody who can provide a foundation for what you are doing, but also contributing to it and taking you in a different direction without overwhelming what you are doing. I’m looking for balance. I’m looking for somebody who’s going to do something that I would not have thought of; somebody who’s going to push me where I would not have gone.”

After two decades in the business, how does Vinson describe his sound?

“Man, even though I’ve been doing this for a long time, I still feel like it’s not for me to say. It’s not my tradition. I still try to explore other tradition that has been given to us. I’m still in awe of it and just amazed by something that I hear. For me, it’s music I grew up listening to. Although the most important thing about music isn’t the style, the technique or genre, it’s what you communicate with the music. I feel fortunate because I feel that jazz is the style that gives you the most room, but also the most kind of responsibility. You have responsibility to the tradition of the music, but also have responsibility to do something that’s unique to you and that is an amazing thing. It’s a lot of freedom and a lot of responsibility. That’s something that I find really exciting. I love all kinds of music, but I do feel in jazz, the more you have to give, the more you will get.

And Will has some advice for the younger generation.

“In jazz, there’s a lot pressure coming from a lot of angles. I think that the way you can achieve all of those things is to listen to the music as much as you can and to find yourself in that music instead of trying to fulfil other roles that people have for you. I mean, there are certain things that you’ll need to do. If you are rhythm section player, you’ll need to do something. We can all learn from each other. It’s really important to listen to that voice in yourself that tells you what to play and not to be too intimidated by the need to sound like anybody else. Take any opportunity you can to fall in love with music that you haven’t heard before. One expression I heard before that’s important to keep in mind is: ‘If you take care of the music, then the music will take care of you’.”

Kom Wongsawat is the drummer with Thai jazz quartet The Pomelo Town and also a member of the organising committee for the three-day Thailand International Jazz Conference.

- The Will Vinson Quintet performs tomorrow night at The College of Music, Mahidol University, Salaya campus.

- Find out more at www.TIJC.net.