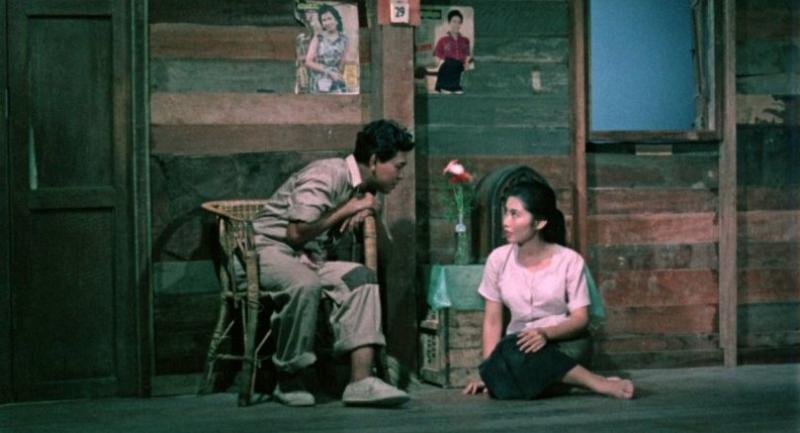 The Thai Film Archive is celebrating the 60th anniversary of the classic film “Sawan Mued” (“Dark Heaven”) with a special screening on February 10 at the National Film Archive, Buddha Monthon Sai 5, Salaya.

Directed by the late Rattana Pestonji, the 1958 comedy drama and musical tells the story of Nien, (Suebnuang Kanphai), a poor orphan girl who is on the run after stealing some food that a wealthy man had purchased to feed his dogs. A singing garbage collector Choo (Suthep Wongkamhaeng) rescues her by hiding in his garbage cart while the wealthy man and a policeman continue their search. Choo then takes Nien back to his humble shack and gives her shelter. They fall in love but are torn apart when Choo is drafted into the army and sent off to war. Nien takes over Choo's job as garbage collector before a wealthy woman adopts her. When Choo returns, he is blind and Nien, who has grown accustomed to luxury, is conflicted between maintaining her newfound wealth and returning to a simple life with Choo.

Leading actors Charlie Intaravijit, Suthep and Suebnaung will attend the screening at 1pm at Sri Salaya theatre with Suebnuang then having her hand and foot prints set in concrete at Laan Dara at 3pm. A conversation with the three actors begins at 3.30pm and Suthep will perform the soundtrack backed by the Kanchanaphaline band.