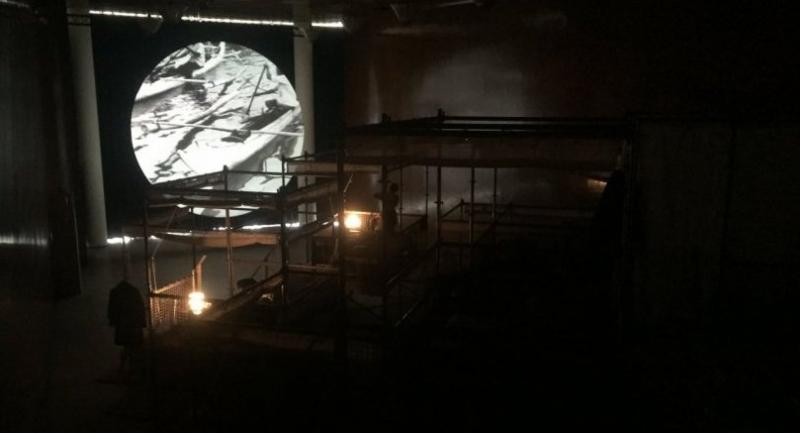 Designed by Apichatpong Weerasethakul, the guests can have a special sleeping experience in the Sleep Cinema Hotel that screen moving images of clouds, waters, waves, sleeping animals and sleeping people for 24 hours.

Considered by critics and industry insiders as one of the most important film events in the world, the International Film Festival Rotterdam, wrapped its 47th edition on Sunday after recording a record attendance of 329,000. This year’s winner of the prestigious Hivos Tiger Award. “The Widowed Witch”, by Cai Chengjie, a new-generation filmmaker from China.

Thailand was well represented in Rotterdam too, with Korakrit Arunanonchai, a Thai artist based in New York, picking up the Ammodo Tiger Short Competition prize for his latest work “With History in a Room Filled with People with Funny Names 4” – the first time a Thai short filmmaker has been recognised with the Tiger award for short films. Also screening were works by four other Thai short filmmakers, namely Pathompon “Mont” Tesprateep, a visual artist who came to Rotterdam with two works, “Song X”, which premiered at last year’s Locarno Film Festival, and his latest oeuvre “Confusion is Next”. Visual artist Prapat Jiwarangsan who in 2015 showed his short film ‘The Asylum’ here, was back with his new short film “Destination Nowhere”. Nakhen Puttikulangkura, a recently graduated filmmaker offered “When the Rain Is Falling Down”, while repeat director Sorayos Prapapan, an award-winning filmmaker, returned with ‘”Death of the Sound Man”, which premiered in Venice Film Festival and won him the Best Director prize at the Singapore International Film Festival. “Homogenous, Empty Time”, the only Thai feature film in IFFR this year, is the latest work by veteran filmmaker Thunska Pansittivorakul, who was back in Rotterdam after a four-year absence. In this new film, which was screened at the Singapore festival and Queer Lisboa last year, Thunska and his co-director Harit Srikhao convey a strong message about the ongoing situation back home, dedicating the movie to the late political scientist and historian Benedict Anderson.

For many filmgoers, one of the highlights of the IFFR 2018 was the return of Apichatpong Weerasethakul. He was in town to present his new project “Sleep Cinema Hotel”, which he describes as a one of its kind experience.

“I made a short film back in the late 90’s which recorded me as I woke up,” says Apichatpong.

Sleep has long been a theme of Apichatpong’s works – for example, the sleeping scene at the stream in the jungle in “Blissfully Yours” and the sleeping soldiers in his latest feature “Cemetery of Splendor”.

“I’m not sure why I have this obsession with this state but I’m fascinated with observing my own body through the day and later, when I’m meditating. It makes sense as you have to focus your thinking and breathing. Dreaming ties in with the situation in Thailand, where I work with villagers, who take refuge in dreams. When you can’t deal with reality, you sleep because it’s a place where nobody can control you. It can be a liberation in some ways.

“It’s a dream to have a cinema specifically for sleeping. Over the years I have become less and less interested in watching movies. Even when I watch my own films, I go to sleep. Every time I go to Cannes Film Festival, I get through the red carpet thing, then I sit down for five to 10 minutes. When people clap or boo, I wake up. That fascination with internal images makes me believe that the best cinema is inside of us. We don’t need other cinemas. When we sleep, we see our own images in a different world. We tend to underrate our dreams,” he explains.

“The International Film Festival Rotterdam has asked me many times to create a project and from the beginning I’ve wanted to do a hotel. I wanted to turn the Oude Luxor cinema into a hotel. That later became a reality,” says Apichatpong.

His Sleep Cinema Hotel project turned the Postillion Convention Centre WTC Rotterdam Zaal Staal into a hotel. Here guests could actually book a bed and stay in the convention hall where moving images from the past from the EYE Filmmuseum and the Netherlands Institute for Sound and Vision flitted across the screen in a loop. Apichatpong selected five themes for the footage –sleeping animals, sleeping people, clouds, water and waves. Guests and observers of the Sleep Cinema Hotel could experience sleep while the moving images were projected.

“Rotterdam is a port city. It’s city that was bombed and rebuilt from nothing. The footage manifests the existence of the past, and memories of the past. It’s more like a reconnection with the spirit of different times when you are sleeping. We also had a book where we encouraged the hotel guests to write down what they had dreamt about last night.”

Guests who wanted to sleep at the Sleep Cinema Hotel paid 75 euros (about Bt3,000) a night to enjoy this unique experience. Hardly surprisingly, the hotel was fully booked.

And Apichatpong didn’t just bring sleep to Rotterdam but also a special project to support young visual artists. He selected Pathompon for Frameworks, an annual presentation format that shines light on new work by emerging visual artists. In this context, a renowned filmmaker will choose a visual artist to receive a grant from IFFR to finish a single-screen audio-visual work.

“I am interested in him because he is a musician. His earlier video works are fascinating, and later he made films that he shot on 16 mm, and the content of his works is about confronting fear. It’s very interesting to see a young Thai filmmaker make films about this theme. He really stood out,” says Apichatpong, adding that he sees Pathompon as the future of Thai cinema and the visual arts scene.