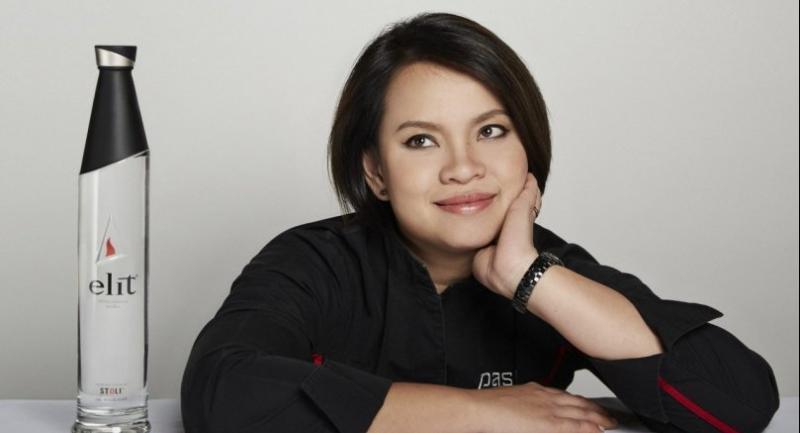 Bee Satongun is the second chef from Thailand to win the Best Female Chef prize.

Satongun is a self-taught chef who honed her skills at her family’s restaurant. She opened the original Paste with her Australian-born chef husband Jason Bailey in 2013.  The couple went to open the current incarnation of the restaurant in Bangkok’s Gaysorn Village luxury mall in 2015.

Dedicated to honouring culinary traditions, Satongun looks to centuries-old Thai cookbooks for references to long-forgotten recipes and rare ingredients. She also draws inspiration from royal Thai cuisine, and brings an artisanal approach to her cooking. As well as sourcing fresh produce from local growers, curry pastes are made in-house and food is smoked with lychee wood, coconut husks and coconut meat.

Satongun is renowned for her technical expertise and creative flair. She reinterprets traditional Thai cuisine in a modern context, combining ancient and contemporary techniques.

In a release, Satongun said: “My dream has always been to introduce the world to an elevated version of Thai cuisine. While I am shocked to receive this award, it inspires me for the future.”

Satongun is the second chef from Thailand to win the Best Female Chef prize. Duangporn ‘Bo’ Songvisava won it in 2013, the year this award category was introduced. The award presentation ceremony for Asia’s 50 Best Restaurants will be on March 27 in Macao.

The 50 Best organisation, supported by elit® Vodka, is committed to highlighting inspirational and passionate women who demonstrate a progressive vision for gastronomy.

William Drew, group editor of Asia’s 50 Best Restaurants, said: “This award represents part of our wider engagement programme aiming to promote strong role models who can inspire future generations of cooks. Chef Bee is doing just that with her bold and authentic Thai cooking in one of the world’s greatest food cities.”

Frances Gaillard, international marketing director for Stoli Group, overseeing elit® Vodka, noted: “Bee is a pioneering chef, not only among women, but in the culinary community overall. Her nonconformist approach and masterful combinations will inspire the industry for years to come. As a spirit that prioritises the finest ingredients, elit® Vodka congratulates Bee – a rare talent whose patience produces dishes with unmatched personality.”