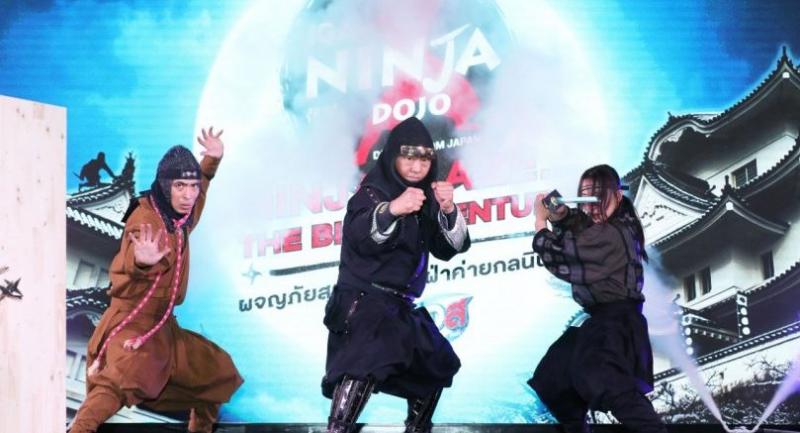 Right in time for the long school holidays, Central Pattana and BEC-Tero Entertainment are bringing an all-new interactive experience to Thailand.

Dubbed the “Ninja Maze ... The Big Adventure presented by est Cola”, it will be at Westgate Hall on the fourth floor of Central Plaza Westgate from March 17 to May 31. Ninjas have been a part of Japanese culture and guerrilla warfare since the 12th century. A ninja is someone who practises ninjutsu, an independent art of warfare developed in the regions of Iga in Mie Prefecture and Koka in Shiga Prefecture, Japan.

In times of peace, ninjutsu is referred to as the art of “entering from afar”, while in times of war, it is the art of “entering from nearby”, where the ninja gathers intelligence concerning the enemy and devises ways of beating him, without necessarily having to actually fight him. Ninjas consider the arts related to espionage and assassination and as valuable decrying war reliant on military strength (weapons) as foolish. The ninja who use their swords are sometimes regarded as the lowest of the ninja. Visitors will make their way through a ninja house, full of hidden passageways and traps. The exhibition also includes a mini theatre, where a video reveals secrets of how the ninja are able to infiltrate and escape undetected. Visitors can also learn about the tools the ninja use to carry out their missions.

Entrance fee is Bt450 and tickets are now on sale at Thai Ticket Major counters and online at www.ThaiTicketMajor.com.