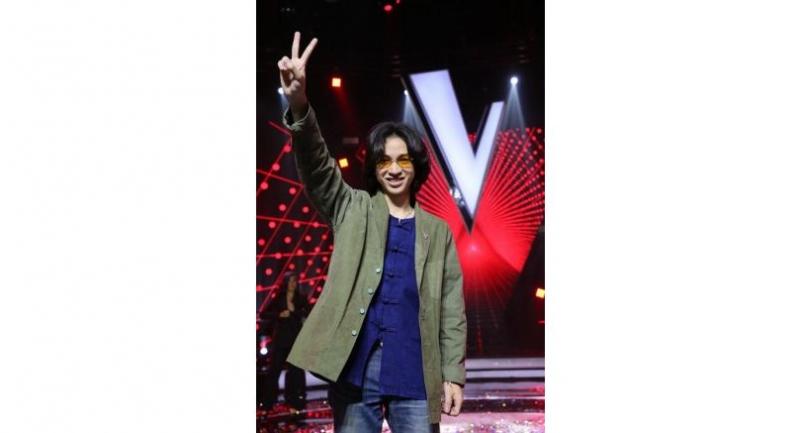 It was a close fought battle until the very end but Silpakorn University freshman Washiravit “Maimhon” Geenkerd finally pipped vocal instructor Benjamin James Dooley to the post, becoming the winner of the sixth reason of reality television singing competition “The Voice Thailand”.

While Maimhon was overwhelmed by his victory, Dooley was far from disappointed, telling The Nation: “My main reason for taking part in ‘The Voice’ had nothing to do with becoming a star but was the best way of presenting my new vocal work.”

The former vocalist with pop-rock outfit Gear Knight who now teaches at Mahidol University’s College of Music, adds that he is now on a journey of discovery. “These days I don’t perform the same type of music as I did with Gear Knight, but am focusing on a blend of rock and opera, the two genres I grew up with and love. While I am not sure it qualified as what is known in the West as ‘rock opera’, it was great being able to present my song during the Blind Audition. And looking at the result of the public vote, it seems that the audience was impressed,” Dooley continues, adding that he was inspired by Andrea Bocelli’s “The Prayer”.

“When I was a teenager, I really wanted to be popular and knew I could only achieve that kind of fame if I sang about love and broken hearts. These days, I focus on my voice and my new music style. For ‘The Voice’ I chose to concentrate on presenting my skills and technique so didn’t perform any rock as such other than in the finale when I sang Queen’s ‘Bohemian Rhapsody’. I usually sing Italian operatic works but that is such a niche market that I’m planning to write my own operatic songs, which will be more easy-listening and therefore appeal to Thais. The result of public votes was good feedback as it showed that some voters care more about vocal quality than music. I’m not trying to make a comeback because I need fame or money but I would like to make music I believe is good. ‘The Voice’ was my way of telling everybody that I’m back,” adds the 33-year-old instructor, who is now married and a father of two. Maimhon is also on a journey of discovery but his path is very different from Dooley’s. As winner, he takes home the tidy sum of Bt3 million and a contract with Universal Music (Thailand).

The Mukdahan native, who moved to Bangkok as a child with his father, a railways official, and his teacher mother, started his musical career playing bass guitar then switched to drums while studying at Sangsom Elementary School. He turned his attention to the songs-for-life genre after listening to his mother’s recordings of Pongsit “Poo” Kamphee’s songs. “Phi Poo is my favourite artist,” says the 19-year-old winner with a smile. “I like the way he sings and the way he conveys the meaning of words. I appreciate the meaning behind songs-for-life as well as its moral messages, which are applicable to the way we live. My mum was also a major Carabao fan and used to listen to ‘Loong Khi Mao’(‘Old Drunkard’). I remember her explaining to me that the ‘uncle’ in the song is a good guy but follows the wrong path in trying to solve his problems and ends up dying homeless under a footbridge. I also grew to like the Bodyslam song ‘Yapis’. At high school, Maimhon formed a band called Wowpup with his classmates, playing mainly rock covers by Bodyslam, Flure, The Yers, and Silly Fools. And Wowpup entered several music contest, the band never won a prize. Now a student at Silpakorn University, he has formed another band, Lynchee, but says it’s more of an adhoc outfit that performs at various university activities. “This was the first time I applied for ‘The Voice’, although I have been watching the show since it started. This year, for the first time, applicants were invited to submit a video clip. My clip showed me singing Pongsit’s ‘Fah Soong Ya Tum’ and it won me a place. I performed the song again during the Blind Audition and coach Singto Numchok was the first to press his red button. Saharat ‘Kong Nuvo’ Sangkapricha was second. I selected Singto,” says the young man.

“I love this song because the lyrics relate to my own life, especially the bit about raising my hopes too high. That happened to me at high school when I fell in love with a senior female student who went on to break my heart. I was like ‘ya tum’ (low grass) while she was more ‘fah soong’ (high sky). I love everything about the song – the lyrics, the melody and Phi Poo’s voice. Before singing it in the Blind Audition, the music director suggested that I use my voice to express my emotions on the words ‘fah soong’ and ‘ya tum’. I found it hard at first to get my feelings across but after lots of listening and practising, I got it right," recalls Maimhon, who got a congratulatory hug from his parents, his sister and his girlfriend. “I liked it. He sung the number like he was telling a story. I see him as a new voice in the songs-for-life genre,” coach Singto noted during the Blind Audition.

Maimhon, who sang Hugo’s “Bandai See Daeng” in the Knockout round, went from strength to strength as the competition continued. Unlike other teens, his voice was always clear and his articulation perfect, especially in differentiating between the R and L sounds.

“I love the lyrics and listened to this song from the day it was released, long before the music video was banned. To put across it properly, I worked hard on making my voice more powerful and controlling my breathing. It was rearranged with a 3 chas tempo and the music director told me I should sing it like I was inviting guests to come to the ‘bandai see dang’, which is this case is a brothel. The lyrics are clear: you don’t look for love here but for sex. That was difficult for me to imagine because I have never experienced such a place,” he laughs. The next step for Maimhon was a vocal battle with Rotbus on LoSo’s “Jai Sang Ma”, with coach Singto picking Maimhon as the winner.

Coach Joey Boy was also impressed, saying: “You are more attentive to the lyrics and make listeners understand the story you are singing.”

“Maimhon, you aren’t here for the contest but to showcase your work,” Singto told him admiringly.

“This song also tells a story and compares love to being in the forest. I particularly like the verse that refers to a tiger: ‘One day, I go to the forest and find a tiger, who asks me ‘Are you scared of me?’ I answer, ‘no, because you are better than someone without a heart’. I think the guy must have been so badly hurt by love if he is no longer afraid of anything, least of all a tiger,” Maimhon says.

“Now I know songs-for-life will not disappear. A new wave of artists is coming,” said Singto.