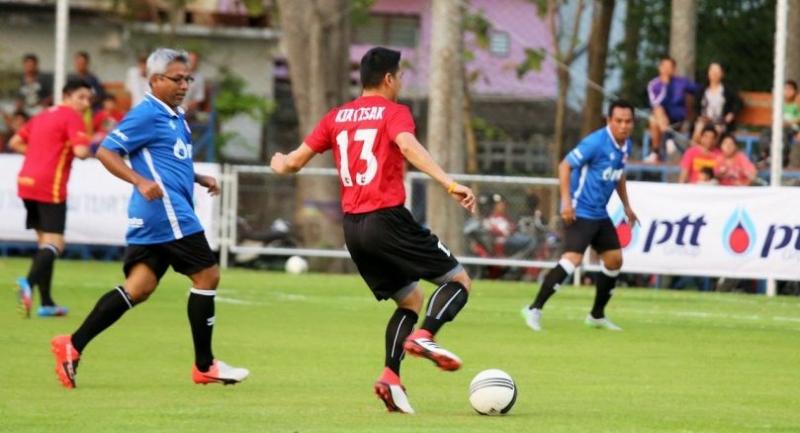 Celebrating the arrival of the hot season and the long school holidays, PTT Group recently held its annual sporting event – “The 37th Map Ta Phut Traditional Football Match” – by pitting executives and the chairman of the municipal community against PTT’s management on the football field.

Thai football greats Kiatisuk “Zico” Senamuang and Pipat Thonkanya were on hand at the PTT Stadium that’s home to Rayong Football Club to help the teams, with the reward being a trophy awarded by Her Royal Highness Princess Bajrakitiyabha Mahidol.

The sporting event, which will also see 28 other friendly matches played at the Stadium before April 23, features a range of activities focusing on social care and the environment.

Pongprapat Thitawatwat, chairman of the PTT’s Corporate Social Responsibility Committee, expressed appreciation to the Princess for generously awarding the trophy and noted that this year’s event is the largest to date.

“Our aim is to discourage young people from turning to drugs, as well as provide leisure activities and introduce health education and environmental projects. During the course of the event, we will be giving away a total of Bt110,000 in prize money,” he said.