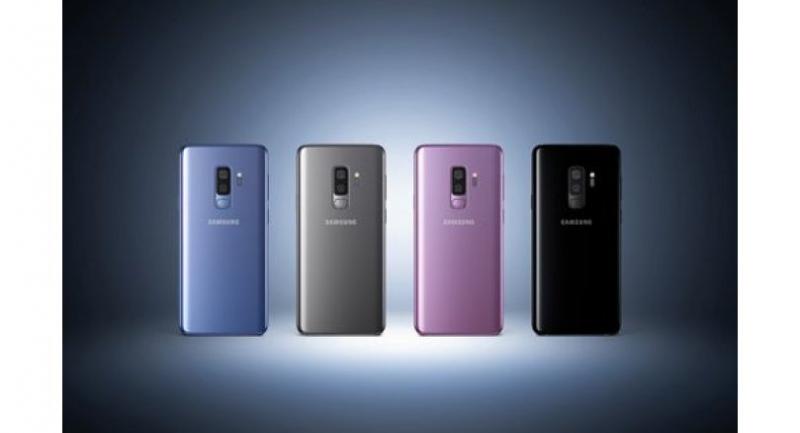 With great sound and terrific front and back cameras, the new Samsung Galaxy is bigger and better than its predecessor

After the debacle caused by exploding batteries in its Note 7 phablet back in 2016, Samsung has been intent on proving itself as the leading producer of Android phones and it’s living up to this priority with the release of the Samsung Galaxy S9+. An impressive smartphone, the S9+ has outstanding cameras, very fast performance, rapid Internet connection and very good sound quality. The S9+ is powered by Samsung Exynos 9810 octa core processor with four cores running at 2.7 GHz and four others at 1.7 GHz. It comes with a generous 6 gigabytes of working memory or RAM and 64 GB internal storage that is expandable with a micro SD card up to 400 GB. The smartphone runs on the Android 8.0 operating system.

The fast CPU, hefty RAM and fast storage are behind the impressive performance. I used AnTuTu Benchmark v7.0.7 to measure its performance and it scored 242,958 points. I compared the result to the ever-growing database of users of the app on March 31 and found that it was ranked first. However, I’m not sure whether the score reflects the newest version of the AnTuTu Benchmark.

I was also impressed by its very fast Internet connection. I tested it on TrueMove H’s LTE network. The S9+ uses LTE Cat 18 protocol and downloaded and uploaded files very fast. My snapshots were backed up to my Google Photos cloud storage in no time.

I used the Ookla Speedtest app to measure its connection and found that it achieved a download speed of 148 Mbps and upload speed of 40.5 Mbps. Like previous versions, S9+ comes with a curved edge display in Full View format. This time though, Samsung has managed to grow the screen to 6.2 inches without enlarging the body, using a curved super amoled 18:5.9 display with 1,440 x 2,960 pixels and a pixel depth of 529 per inch. And despite the large display, its footprint is only 158x73.8x8.5mm thanks to the shorter upper and lower bezels.

Moreover, the display has great outdoor visibility with adaptive contrast enhancement. I had no trouble reading the screen even in bright sunlight.

With its high resolution and vivid colours, the S9+ is very good for viewing high-resolution photos and HD clips. Its refined Infinity Display that provides edge-to-edge experience was great and I thoroughly enjoyed watching HD movies streamed with the TrueID TV and iflix apps. Another winner is the great sound quality. The stereo speakers tuned by AKG make the music or dialogue 1.4 times louder than the previous model with Dolby Atmos-powered for three-dimensional sound.

The S9+ also supports the High-Resolution Audio format of FLAC 24bi/192kHz. I tested it with Sony MDR1ABT Hi-Res Audio headphones and was delighted with the detail and powerful bass.

The smartphone comes with dualcamera setup for the rear camera, resulting in impressive performance. It’s made of a wideangle Super Speed 12-megapixel AF sensor with dual apertures of f/1.5 and f/2.4 and a telephoto 12MP A sensor with f/2.4 aperture.

This allows you to capture beautiful portraits with professionally blurred backgrounds. With the Dual Aperture system, the main camera automatically adjusts to lighting condition and helps it to capture goodquality images in both low and bright lighting. The S9+ also comes with MultiFrame Noise Reduction technology that captures 12 photos in quick succession, an increase over the previous three with the Galaxy Note 8. The 12 photos are then automatically combined to create a perfect shot. To take beautiful portrait shots with blurred background, you must use the Live Focus shooting mode. This shows a bar that you slide to obtain the level of blurred background and a button for adjusting the skin tone.

This mode takes two shots at once  one tele and one close up and combines them into one shot that lets you further change the level of blur in Gallery or Photo Editor.

Another fun mode is the AR Emoji. This uses Augmented Reality and deep learning technology to analyse a 2D image of you by mapping more than 100 facial features and then adding the virtual 2D image to a 3D model form to create an AR Emoji that reflects your facial expression. The Emoji is created as an animated GIF for you to send to your friends via applications, like Facebook Messenger. Other shooting modes for the rear camera include Food, Panorama, Pro and Auto. The Food mode will emphasise the vivid colours of the food while the Panorama creates a linear image by guiding you to pan the camera either horizontally or vertically. The Pro mode allows you to adjust various shooting parameters, such as ISO sensitivity, exposure value, white balance and light measuring method. If you’re not confident with the parameters, go for Auto and the camera will determines the ideal scene mode for you.

During a recent tasting at the Miracle Grand Convention hotel, I managed to capture beautiful shots even in a lowlight environment, using both the Auto and Food modes.

The rear camera comes with a Super Slowmo mode that records video clips at 960 frames per second for playing at normal speed for a slow motion effect. This will slow 0.2 seconds of action to approximately 6 seconds.

By default, the automatic Motion Detection is on and the camera will begin recording when it detects movement in the frame so you can catch those fleeting moments. The option can be turned off and if you do that, you must start the Super Slowmo recording on your own. The AR-powered rear camera has another use. Used with Bixby Vision technology – Bixby is Samsung’s virtual assistant – the AR-powered camera enables a Live Translation function that instantly translates both foreign language and currency using AR to read what your eyes can’t. Point your camera at a sign or menu, for example, to get a translation in real time.

Samsung says 33 input languages are automatically detected while 21 others need to be selected. The output language is automatically set to the device’s language and if you want to change it, you can do so manually at the top to the screen.

The front camera uses an 8MP aF sensor with f/1.7 aperture. It allows you to capture wide and normal selfies with beautification technologies. It also has AR Emoji mode and can be used as part of the security function to unlock your phone with Intelligent Scan feature.

The Intelligent Scan is backed by Samsung's Knox Security platform. It allows for biometric verification that uses both iris scanning and facial recognition to unlock the phone. There is a hidden iris sensor at the front of phone.

I found that the Intelligent Scan fast and had no problem unlocking the phone. I simply pressed the soft home button on the Always On screen and the front camera and iris scanner worked simultaneously. There is also a fingerprint reader embedded at the back below the rear camera’s lens, which is handy for unlocking both the phone and secured folders.

A nice function of the S9+ in this IoT (Internet of Things) age is the SmartThings app. The app lets you use the smartphone to control compatible devices, such as smart TVs, multiroom speakers, a Wi-Fi washing machine, Wi-Fi air-conditioners and other Wi-Fi connected devices far from your home.

The S9+ is also dust and water resistant, conforming to IP68 rating.

It comes with a large battery of 3,500 mAh capacity and supports fast charging technology and wireless charging.

And you can transform it into a desktop computer with an optional Samsung DeX Station that links to the smartphone to provide an Ethernet port, HDMI port, USB 2.0 port and USB Type C port. Then you can work on Microsoft Word, Microsoft Excel, Microsoft PowerPoint and OneNote, using a keyboard and a mouse.

Samsung Galaxy S9+ comes in two versions depending on the internal storage. The one with 64 GB storage retails for Bt31,900 and with 128GB storage for Bt33,900.

Considering all the functions, that's a steal.