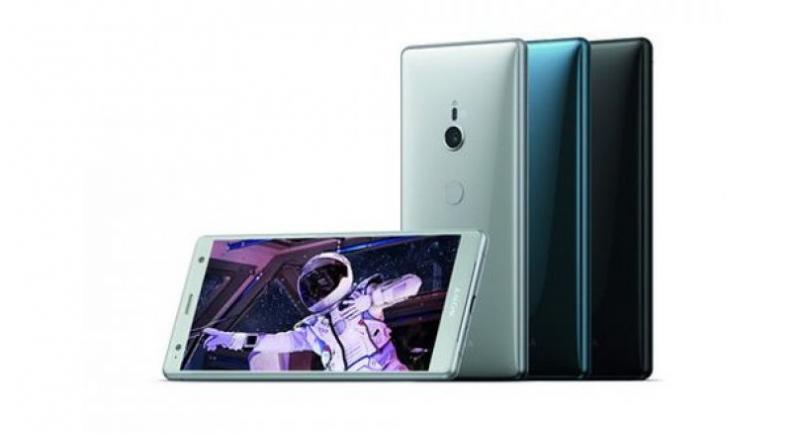 It’s been a busy year for Sony in terms of introducing new audio-visual equipment to the market and now the Japanese electronics giant is again going one better by releasing the first smartphone to record 4K HDR movies.

Sony says the HDR technology allows the movie to have more contrast, colours and details in every scene. When an HDR movie is displayed on a 4K HDR TV, you will be impressed with the incredible contrast, detail and true to life colour.

The XZ2 also shoots impressive quality still photos thanks to its new advanced Motion Eye camera that uses 1/2.3-inch Exmor RS for its mobile memory-stacked sensor with 19 megapixel resolution. The camera has a dedicated image-processing engine, Bionz for mobile. The camera also boasts a Predictive Capture feature that automatically detects motion or a smile and will start taking photos before you press the shutter button thus ensuring you’ll no longer miss a smile or a surprising moment.

The main camera is also capable of tracking and capturing sequences of moving objects in sharp focus with Autofocus burst function. During the test, I found that XZ2 captured excellent photos with vivid colours and good details in most lighting environments.

The XZ2 comes with 5.79-inch 18:9 Full HD+ HDR display with 1080x2160 resolution. The display uses the Tri-Luminos display for mobile, which produces  30 per cent more colour detail than standard displays and an XReality display engine, meaning the high-resolution photos and HD videos are clear and lucid.

And when you watch HDR movies on XZ2, you can enjoy cinema sound effects from SForce Front Surround stereo speakers, allowing you to have fun watching movies with your friends. Its appearance is fluid, the glass 3D glass and the smartphone is comfortable to hold thanks to the frame’s edges being thinned out a curved design. The edge is about 6 mm thin and the middle about 11.1mm thick.

The fingerprint reader finds its way to the back, below the camera’s lens, so you can intuitively unlock the phone with your index finger. I found it both fast and convenient.

And it is good that the XZ2 conforms to IP65/681 rating, meaning that it withstands splashes, spills and unexpected showers so you don’t have to think twice about answering the phone in the rain. Moreover, the phone is protected on the front and back with Corning Gorilla Glass 5. Performance-wise, the XZ2 is powered by Qualcomm Snapdragon 845 octacore processor running at 2.8 GHZ. The CPU is 30 per cent faster than previous phones in this brand. Its Adreno 630 Visual Processing subsytem allows graphics to render very fast so the mobile phone can play graphics-extensive games well.

Measured by AnTuTu Benchmark v7.0.7, the XP2 scored an impressive mark of 260,810 points. As of April 13, it as ranked first on the ever-changing online database of scores input by users of the latest version of AnTuTu Benchmark.

The XZ2 is equipped with 4 gigabytes of working memory or RAM and has 64 GB internal storage, which is expandable by a microSD card of by up to 400 GB. The XZ2 runs on Android 8.1 operating system.

The XZ2 has fast Internet connection. I tested it on TrueMove H's LTE network and I used Ookla Speedtest app to measure the connection speed and found that it achieved the download speed of up to 33.6 Mbps and upload speed of 20.1 Mbps. The speeds vary according to locations, times and current users at that moment, as well as the response speeds of the servers that the measuring app connect to at that time. The XZ2 is capable of playing High-Resolution Audio in FLAC 24bit/192kHz format and in DSD format. But it does not provide a 3.5mm stereo jack. To use normal headphones, you will need t a USBC to 3.55 stereo jack adapter, which is provided with the package.

The XZ2 also supports high-resolution wireless audio streaming of both Sony’s LDAC Bluetooth protocol and Qualcomm aptX HD audio. I tried the LDAC format with the MDR1ABT headphones and the music quality was great, with good details of musical instruments and powerful bass The phone uses Bluetooth 5.0 wireless technology.

The smartphone has a good battery life. It uses a 3,180 mAh battery that supports wireless charging and supports Qualcomm Quick Charge 3.0.

I found that the battery could comfortably survive a day after one full charge. It has Smart Stamina that estimates how long your battery will last, based on how you normally use your phone. If Smart Stamina thinks you are going to run out of power later in the day, it prompts you to activate Stamina mode. The Stamina mode cuts energy consumption to ensure that the phone’s energy consumption lasts.

The XZ2 also comes with Qnovo Adaptive Charging technology to increase the battery's lifespan. The technology monitors the battery health of your XZ2 when it is plugged in and then current levels are adjusted to ensure that the battery isn't overworked.

The XZ2 also has Battery Care mode, which will prevent the phone’s battery if it is left charging for too long, which can damage the battery. The Battery Care will charge XZ2 to 90 per cent and then wait and charge it to 100 per cent just before your wakeup time.