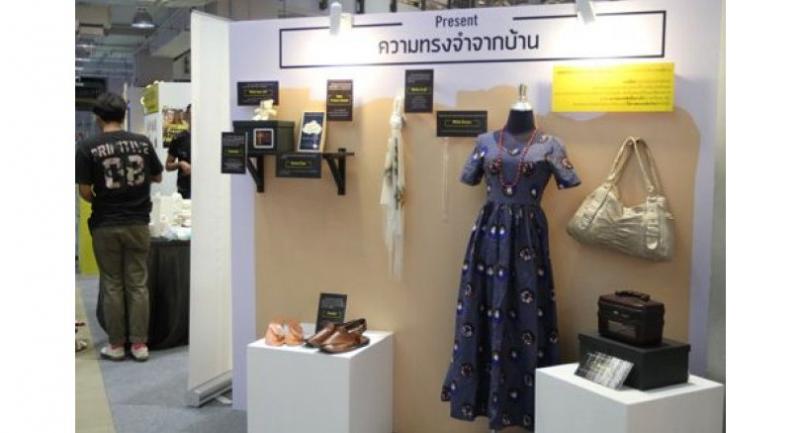 Amnesty International Thailand organises an exhibition, “The Past, The Present and The Future: Stories of Hope for Refugees”, to raise the awareness about the situation of refugees in Thailand at Siam Square One from now until this Sunday, from 11.30am to 9pm.

Their stories as human beings shall be told as they are human beings who have their past and challenging present. And they have their hope and dream of their future, too. It is important that refugees be accorded with human rights protection and life assurance, just like other human beings. Every year, we organise a variety of activities to celebrate and to show our solidarity with refugees worldwide.

“Today’s activity is organised to raise the awareness about the state of refugees through arts and cultural activities and exhibition. A number of Thai people have no idea about the situation of urban refugees in Thailand and cannot differentiate between refugees and migrant workers. The activity today should help urban Thais to have a better understanding and awareness about the situation of refugees," says Piyanut Kotsan, director of Amnesty International Thailand. “If possible, no one wants to be a refugee. But we can help by maintaining peace in the world and treating refugees with respect of their human dignity," says Saengduan Erwing, director of Asylum Access Thailand.

This exhibition recounts their stories from the past, the present, and into their future. The exhibition on their past stories features drawings of refugees made by student from Poh-Chang Academy of Arts to illustrate the plight of refugees in the past and their feelings toward what happened to them.

For example, James, 23, a young man from Cambodia, has to live in exile since young with his family simply because the political opinion held by his father. Or Kalma, a Rohingya, who has to run away from explosion used during the forced eviction.

For the exhibition about the present, visitors shall be invited to experience simulated atmosphere in the living quarter of urban refugees via the 360 VR (Virtual Reality) technology. The real utensils of urban refugees will be put on display. They are all the items these refugees use in their daily life while still living in their countries of origin prior to the start of conflicts that prompted them to seek a refuge elsewhere. This includes their uniforms, clothes, textbooks, shoes, mirrors, and makeup kits. As to the exhibition on the future, it recounts the stories of their hopes and dreams via audio clips of the refugees. We will get to know what kind of dream they have and what do they expect from society in terms of acceptance. On the stage, an informal discussion will be held on “The Past, The Present and the Future: Hopes of the Refugees”. The informal exchange will be facilitated by Sakda Kaewbuadi, a freelance actor and friend of refugees and AS, a refugee from Pakistan. It will be followed by a musical performance of Chulalongkorn University students and another cultural and musical performance by refugees and other activities.

In the hall, participants can get to know about culture of refugees and get to know them more as fellow human beings through a workshop on "Henna Painting" which has part of the fashion and applied during wedding ceremonies in many cultures. Within 30 minutes, one can learn to have their hands painted by oneself.

Another workshop is on “Hmong style embroidery”, a skill passed on from generation to generation. Participants will get to learn skill and exchange stories with artisans. There will also be a chance to exchange on cuisine culture of five nations including Syria, Pakistan, Sri Lanka, Vietnam and Somalia.

Amnesty Thailand believes that everyone can be a part of change.

All participants are encouraged to send postcards to show their solidarity with refugees and to demand their rights by writing to Prime Minister Gen Prayut Chan-o-cha, who promised during the Leaders' Summit on Refugees in 2016 that the Thai government was developing a refugee screening procedure in compliance with international standards. It was to minimise the risk of becoming victims of human trafficking and to offer the right to education and skill training for those who are offered a place in a temporary shelter. Amnesty’s campaign aims to ensure that the government shall make good of their word.

Tags:
Amnesty International Thailand The Past The Present and The Future: Stories of Hope for Refugees Siam Square One Getting a Thailand Thailand organises