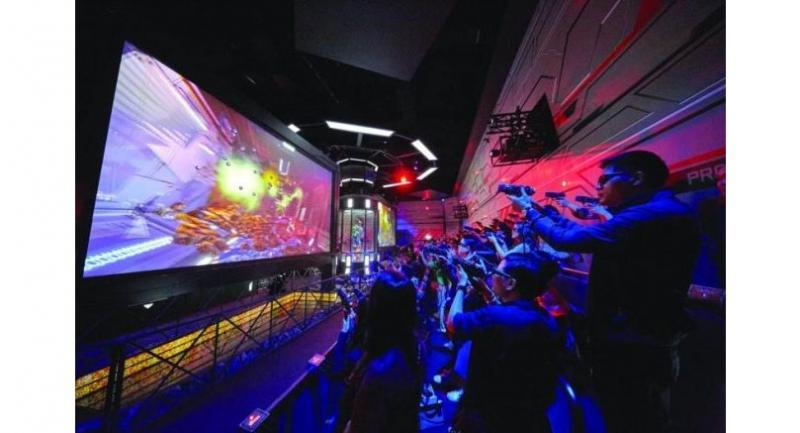 Hero Ventures brings the comic version of "The Avengers" to Bangkok

TWO MONTHS after their marathon clash against Thanos in “Infinity War”, the bunch of superheroes known collectively as the Avengers are back, and they’re on a new mission –saving Bangkok from the evil forces of Hydra.

Eight months in the making, Mega Bangna has been transformed into SHIELD headquarters with the Marvel Experience Thailand – Marvel’s first state-of-the-art themed entertainment attraction in Southeast Asia – calling on young residents to join its ranks. In 2014, Hero Ventures teamed up with Marvel Entertainment to come up with the Marvel Experience mobile interactive attraction in the US. This travelled from San Diego to Philadelphia and Chicago before arriving in Busan, South Korea late last year.

Here in Thailand, it’s a collaboration between local entrepreneur Hero Experience and Los Angeles-based Hero Ventures, which have invested more than Bt1 billion in the construction of the groundbreaking attraction.

“Marvel’s story is about the adventures of superhero characters such as Spiderman, Captain America, the Hulk and others, who show off their spirit while encountering challenges. The Marvel Experience will give visitors of all ages the chance to become part of the Marvel Universe. We want our fans to feel like this story is theirs no matter whether they prefer the comic book, TV, film or video game version,” says Brian Crosby, creative director of Marvel Themed Entertainment.

“The Marvel Experience was a smash hit in the US. We received interesting proposals from many countries but we chose Thailand because Marvel has a major fanbase here,” adds Rick Licht, chief executive officer of Hero Ventures.

The various technologies, which are imported from Belgium, Australia, England, Turkey and the US, have been developed by local software designers to control the 4D Motion Ride, original 3D animated features and the 360-degree 4D stereoscopic projection. “We want The Marvel Experience to be a new tourist destination and iconic landmark among Thais and foreign tourists. This is a place where families and people of all ages can find enjoyment,” says Surakiat Thienthong, co-chief executive officer of Hero Experience.

Spread over 20,000 square metres, the attraction is divided into two main zones. I spent time in both as part of a media preview on Wednesday and marvelled – pun intended – at the amount of work and money that has gone into the attraction.

The black and white complex looks simple yet smart. As would-be agents, we stop first at the Reception Building, home to a lobby, Mavel Experience Super Store, Super Hero Snack Bar and Power Refreshment, and a 220-seat Avengers Cafe serving a selection of hero-themed dishes and beverages.

All new recruits have to complete a personal information form at the office and have a photo taken for their SHIELD Agent ID card. The 140 individuals allowed per round spend two hours exploring the superhero world though parents should note that kids measuring less than 100 centimetres are considered too small to join.

The Attraction Zone features seven extensive domes with 11 stations, with 90 per cent of the space designed as 3D and 4D theatres. Staff members act out the role of trainers and muster the new recruits in front of the Holding Zone Beta to learn the basic rules. The Jocasta Introduction room serves as the gateway proper to the Marvel Universe and it is here that new recruits enjoy a short orientation, learning about the first Avengers team and the Marvel Experience Thailand through the dramatic Prequel Comic walls.

“Marvel Comics has written this special episode for the Marvel Experience Thailand. The story is about Marvel’s iconic superhero characters who are fighting the villains out to destroy Southeast Asia, starting with Thailand. Director Nick Fury decided to set up the SHIELD base in Bangkok and invite Bangkokians to join a mission to save their hometown,” Surachart Thienthong, chief marketing officer explains.

In the News Report room, Thai anchor Pitchayatan “Bright” Chanput is covering what happens to the town while in the Stark Mobile Lab, Iron Man has a direct line from Stark Industries in New York.

Billionaire genius Tony Stark is conducting a videoconference to showcase his latest innovation to the world in a room that features state-of-the-art Iron Man suit armour including Prime, Galaxy, Spartan, Fathom, Blaze and Waverider.

Over in the Mobile Command Centre, SHIELD director Nick Fury and the superhero agents are offering a briefing on the mission to fight Madam Hydra, MODOK and Red Skull.

The briefing over, the first training session is held in the Holoblaster Shooting Gallery where 3D multimedia gaming from America sets the scene for a sky-high battleground. The room is fitted out with six stadiums with huge 3D projectors, each providing 35 seats.

Slipping on the provided glasses, recruits can build up points by shooting Super-Adaptoid and his robotic troops. It’s not easy to find your gun number or your position when everyone is aiming at the same screen and this is definitely an area where the operators need to improve both accuracy and speed. I particularly like the 360-degree, 3D Simularium, which is equipped with a state-of-the-art laser projector and run by a complex media server. This striking theatre dome resembles the recently revamped planetarium in Bangkok’s Science Centre for Education though here it shows Captain America, Black Panther, Vision and Wolverine attacking a den of Madam Hydra and her followers buried somewhere on the snowcapped mountain.

We’ve no sooner arrived at the Transport Corridor when the headquarters is hit by villains and a siren warns us to prepare for evacuation. Director Fury and the Avengers welcome us on board a transport shuttle, powered by 4D Motion Ride system.

Produced by a Turkish manufacturer, who has supplied attractions for world-class theme parks like Universal and Disneyland, this flight simulator is equipped with a 3D projector and moves softly forwards and backwards as we make good our escape from the villains.

The craft sets down at the Training Centre where the recruits take a fun class with the superhero masters. Equipped with imported interactive gaming from America, Black Panther teaches us how to jump across from roof to roof, Iron Man shares some tips on balance while flying through the sprawling cliffs and Hulk gives a punching lesson. The Simularium dome is equipped with a state-of-the-art laser projector and powered by a complex media server.

I get to say goodbye to my heroes in the Secret Meet & Greet corner, which has five rooms with Black Panther, Iron Man, Captain America, Ant Man and Spiderman standing by to capture a memorable portrait with recruits.

Office worker and major Marvel fan Hongsucha Leenatam, 33, who joined the preview, was less than impressed.

“I love Marvel. With Marvel Experience, I expected to participate in several scenes or interactive gaming. I understand this park is based on the comic book and not the Hollywood version. But to me, the theme park is trying to put content in our heads through watching cartoons rather than giving us true experiences,” Hongsucha says.

“I like the Simularium. It has a pretty good 3D illustration. And my congratulations go to the staff, who stayed in character as senior trainers all along the journey. Tickets are very expensive for two hours and so few attractions. ”

Officer worker Gitdipong Sarathuthat, 34, had a similar reaction. He says he was excited when he heard the Marvel Experience would open in Thailand and came along in the expectation of joining forces with superheroes in a new mission. The Marvel Experience Super Store offers all kinds of licensed merchandises from Marvel.

“I’m a big fan of Marvel and at first expected to experience what I saw in the Hollywood movie here. This park is based on a comic book version and so, yes, I understand the concept. However, the transport shuttle simulator is not exciting enough and very soft, though to be fair, I guess it’s designed for families rather than youngsters,” Gitipong says.

“I loved the Simularium and its animation production, while the shooting game was fun even though it was hard to find my gun number and position on the big screen. The content’s a bit weak too and I couldn’t find Bangkok or any of Thailand’s landmarks on the scenes. It looks like roaming around the SHIELD base and battlefield in the original comic and not a special episode, exclusively written for Thailand. I think the tickets aren’t reasonable for a two-hour flight compared to other theme parks with unlimited time.”

ROLL UP FOR THE RIDE

>> The Marvel Experience Thailand is in Mega Bangna shopping mall. It’s open daily from 9am to 10pm. Tickets are priced at Bt1,500 for adults and Bt1,350 for children.

>> The presentations come in Thai, English and Chinese.

>> Online booking can be made at www.TheMarvelExperienceThailand.com.