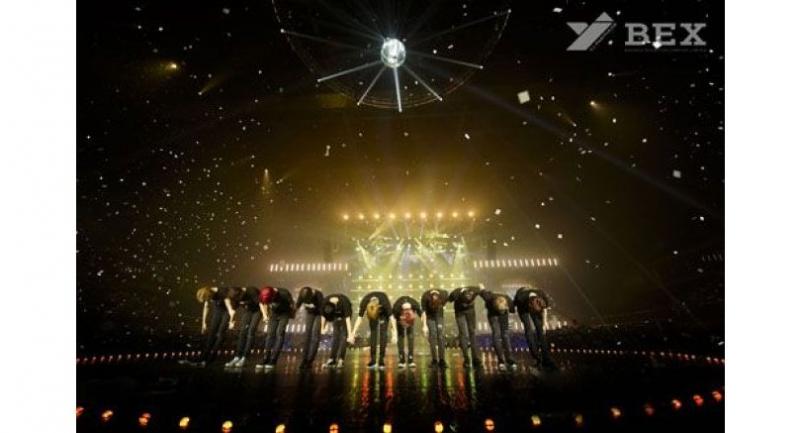 The lads, who were briefly here last year for a fan meeting, have an impressive following here among the “Wannable”, as their fans are known, with tickets priced from Bt2,500 to Bt7,5000 selling out within minutes of going on sale on June 9 and shortly afterwards being offered by scalpers for three times the higher prices. Fans were so enraged that the hair-raising prices made #WannaOne1TheWorldinBKK among the top-trending hashtags on Twitter in Thailand. A lack of tickets didn’t stop fans from turning out to Impact Arena on each morning of the two-day Bangkok leg to declare their love and return home with a multitude of collectibles available at the venue. The concerts themselves, meanwhile, brought cheerful and memorable moments to the lucky fans who could get the sought-after tickets, as well as sadness – this being the last time the Wannable could see all 11 members on the same stage. The band is slated to split with each member returning to his original music label after the world tour ends in Manila next month.

Wanna One is a rookie band formed through the 2017 survival reality show “Produce 101 Season 2”. Out of the initial 101 trainees representing various agencies, the 11 finalists were chosen by audience vote to form a boy band. The group debuted in August last year and will be promoting their songs until this December under Swing Entertainment and CJ E&M. The two-hour-and-a-half show was set up in four separate stage units. The No 1 unit featured a sexy show by Jinyoung, Kuanlin and Jihoon as they performed the hit “11 (Eleven)” while next up the Lean On Me unit was used by Minhyun, Sungwoon and Jisung for the sentimental song “Eternity+1”. “Boomerang” and “Day by Day” followed and fans were up on their feet and dancing to the lively tunes.

Daniel elicited more screams as he showed off his dance moves at the end of the “Beautiful” while Jaehwan put on his sweetest voice in “I’ll Remember”. And as all 11 reunited for “I Wanna Have” and “Always”, the Thai Wannable showed off their light project in the Korean language meaning “promise to be together forever”.

“We were so impressed by this surprising project from Thai fans,” Jisung told the audience, as his message was interpreted in Thai. The show returned to the Heal stage unit with Daehwi on piano and Seongwu performing the slow tempo “Sandglass”. Next up, over in the Triple Position unit, Daniel, Jaehwan and Woojin rocked the stage with kangaroo steps for their hit “Kangaroo”.

With the Wannable showing no sign of tiredness, Wanna One turned the stage into an EDM party led by Jisung who assumed the character of DJ Hankki, while Daniel danced. Sungwoon and Kuanlin also showed off their sexy dance moves, drawing even louder screams from the hall.

They returned for an encore, shouting out “Wanna One” as the screen helpfully showed their message in Thai  – “Thank you Bangkok, we’ll remember this moment forever” then screened images from their participation in “Produce 101”, their debut and the release of three albums.

The 11 members said goodbye with two final songs “Light” and “I Promise You” and later shared their own memories with Thai fans.

“During our two-day concert with Thai Wannable, I understand why Thailand is loved by so many foreign people. Since the day we met at the airport until today, I would like to say thank you for your love, smile and support. Take care of your health until we meet again,” said Jisung.

“Thai Wannable is wonderful and I hope to hear louder greeting when we meet next time,” added Daehwi before saying in Thai “Rak mak mak na krab”, meaning “love you so much”.

Daniel concluded the messages by saying: “Thailand is truly the Land of Smiles. Your smiles make us very happy.”

The lads now perform in Australia and Taiwan before wrapping their tour with a final show in the Philippines.