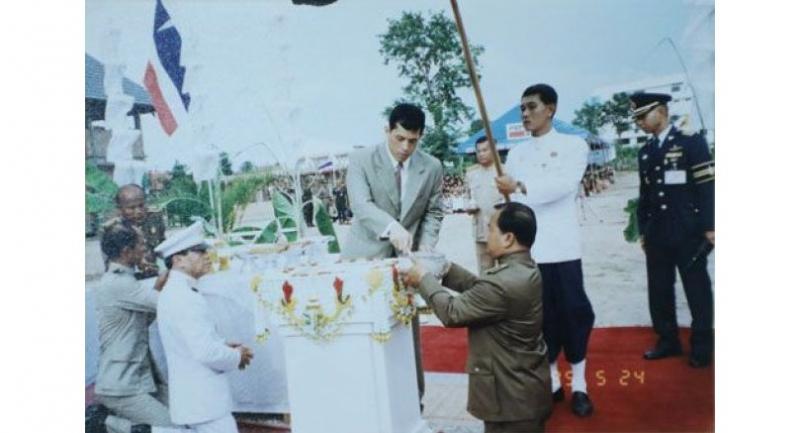 The National Archives turns 66 this year and to celebrate the occasion is welcoming visitors to its newly opened permanent exhibition “Establishing the National Archives”, which, as the name implies, looks back over its long history as a repository of important documents.

Located on Samsen Road in the Thai capital’s Dusit district, it is home to historical documents that allow citizens to exercise their rights and responsibilities in holding the government, the courts, and other federal employees accountable for their actions.

Although only officially established in 1952, the year of His Majesty King Maha Vajiralongkorn Bodindradebayavarangkun’s birth, its history dates back more than a century to the reign of King Chulalongkorn (Rama V) when the sons of King Chomklao (Rama IV), namely His Royal Highness Prince Bhanurangsi Savangwongse Krom Luang Bhanubhandu Vongvoradej, Krom Hmun Piphitpreechakorn, and Krom Hmun Devavongvaropakan, asked for royal permission to establish the national library to honour their royal father. In 1881, in one of the Royal Court of Siam’s meeting documents about the establishment of the first national library, the position of recorder of the national archives made its first appearance and was designated as one of the main tasks of the library. In 1926, King Prachatipok (Rama VII) announced the royal appointment of the Office of the Royal Society and transferred the National Library to this new office.

The transformational events of the first half of the 1900s were duly recorded as part of the library, among them the modernisation of Siam, the political movement that brought an end to the absolute monarchy and the subsequent sharing of power by the bureaucracy and the military. Worried about the loss of the nation’s historical records as World War II spread to Thailand, HRH Prince Damrong Rajanubhab, founder of the modern Thai educational system as well as the modern provincial administration, set in motion a more permanent repository and on August 18, 1952, a Royal Decree formally appointed the National Archives of Thailand as a division of the Fine Arts Department, Ministry of Culture, with the responsibility for collecting historical records of government agencies and public materials.

The archives were expanded regionally between 1983 and 1999, with two National Archives built in Phayao and Ubon Ratchathani provinces to mark the 45th birthday of the then Crown Prince HRH Maha Vajiralongkorn. The exhibition explains how the development of the National Archives of Thailand has been carefully undertaken in accordance with international standards. In 2009, the United Nations Educational, Scientific, and Cultural Organisation (Unesco) certified the inscription of the archival documents of King Chulalongkorn’s transformation of Siam (1868-1910) in the Memory of the World International Register.

Today the National Archives employs about 130 staff charged with the challenging tasks of preserving official documents, digitising millions of written materials onto microfilm while also sorting through and recording the flood of information both online and offline that is considered history, such as the international collaboration that led to the cave rescue of the Moo Pa Academy boys two months ago.

Nanthaka Pollachai, the director of the National Archive of Thailand, recently took time out from her busy schedule to talk to The Nation. Why are the National Archives so important in the modern world?

Every modern society in the world has had its own national archives since the Ancient Egyptian and Roman times. The modern style of national archives emerged after the French Revolution and was designed to serve public inquiry.

I’ve worked here for more than 30 years, which makes me very proud, as I graduated in Historical Studies. All the records of the National Archives are extremely valuable because the documents are the originals. It is the most reliable source of history and has the most accountability in court enquiries. Our main tasks are to consider and collect documents from various government agencies as well as from private individuals and public organisations. We are proud of our efforts at conservation, especially the two historical collections that have been registered by Unesco.

Our archivists systematically organise documents to ease the burden on researchers. They also provide services such as answering questions on particular subject matters. We are delighted to help researchers, both local and foreign, though since our records are in the Thai language, they will have to learn Thai in order to understand them. With such a large amount of information under your care, what do you see as the main challenges of the National Archives?

Our conservation methods of written and audio-visual materials have been systematically set up in accordance with international standards from the very beginning. Even this building, which was constructed in 1976, is designed to serve the purposes of a National Archive. That means there are no windows and the interior is temperature controlled around the clock so that the records can be kept in their original state for as long as possible.

As we enter the digital world and become part of the new government 4.0 policy, we have microfilmed all the records, a process that can last more than 100 years. Our staff scan the records one by one into two sets, original and duplicate versions, and then store them separately in different places in case of something untoward happening.

Our oldest records are written documents on paper dating back to the reign of King Rama V. The original records on palm leaf are kept at the National Library. Our work might seem plodding and ponderous but when people need important references, they immediately think of the archives. For example, we provided historical records of the traditional royal funeral ceremony. And now we have prepared the reference documents about traditional ceremonial royal coronations. We have complete historical records going back to the coronation of King Rama V.

What types of modern documents are recorded in the National Archives?

We collect about seven percent of all government documents and as a general rule, these agencies have a duty to prepare original documents for us. A committee then considers the importance of such documents as historical evidence that should be recorded in the archives for future generations. It is also important to collect documents that are as complete as possible. Advanced technology comes into play in preserving the historical documents and this helps researchers to study the documents online at their convenience. There are also public sections that are relevant to our country’s history such as political movements and the recent cave rescue of the 12 Moo Pa Academy boys and their coach in Chiang Rai.

We also have been involved on occasion with the International Museum Archives in Southeast Asia.

When people come to us looking for a certain reference and find what they need, we feel proud and happy. Many of the researchers have become part of our family as they come here year after year.

- The National Archives of Thailand is open Monday to Saturday from 8.30am to 4pm for examination of written records, and from Monday to Friday between 8.30am and noon and from 1 to 4pm for other types of records.