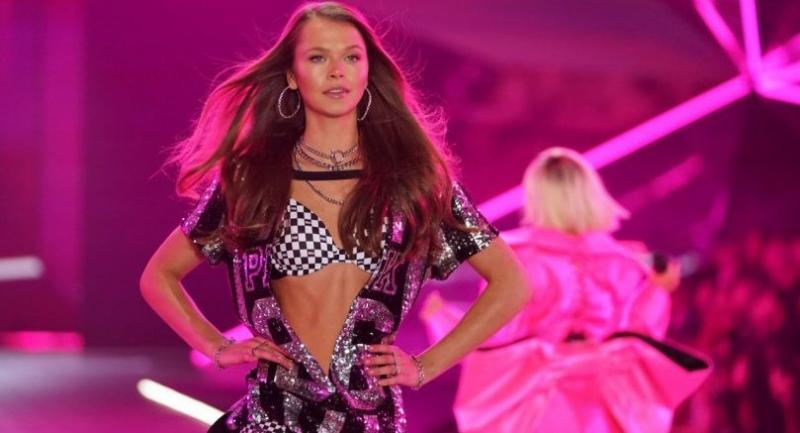 The planet's top models transformed into angels for Victoria’s Secret glitzy fashion show Thursday, donning wings, barely-there lingerie and plaid for a return to New York after a two-year hiatus.

With the show once again on US soil, sisters Gigi and Bella Hadid strode the runway at Manhattan’s Pier 94 with the likes of Kendall Jenner and Victoria’s Secret newcomer Winnie Harlow.

The runway extravaganza of underwear, paired with sky-high stilettos, gladiator boots and the occasional argyle sock, is now in its 24th year. Taped last Tuesday, it will be broadcast worldwide on December 2.

Sixty models put on an Amazonian display of luscious waving locks, impossibly perfect slender bodies and sun-kissed make-up for what is considered one of the most competitive gigs in the industry.

The “Fantasy Bra” – each year the piece de resistance of the collection – was modelled by Sweden’s Elsa Hosk, a $1 million confection of 2,100 Swarovski diamonds that took 930 hours to make.

In the biggest, most typed fashion show in the world, music was provided this year from a bevvy of stars led by Rita Ora. The show was the culmination of weeks of fittings and instagram-trailed publicity for the brand.

The purpose of the lavish spending is, of course, to sell bras and knickers. Last year, the show was held in Shanghai as the US brand sought to push into China’s growing lingerie market.

The 2018 show was distinctive by a collaboration with London-based designer Mary Katrantzou that showcased psychedelic bodysuits.

Brazilian model Adriana Lima said AFP backstage in hair and make-up that it never gets old despite being her 18th Victoria’s Secret show.

“I really thought that over the years I would get more relaxed and used to it. I get as nervous, as anxious as I have been,” she said.

“It’s not about making sacrifices. It’s about working for what you want,” she said. “We’re here today, so it’s worth it.”

The organisers may have banked on New York hosting a smoother show. Last year, Gigi Hadid and singer Katy Perry, who had been due to perform, were reportedly denied visas to enter China.

Model Ming Xi – who walked again Thursday – tripped last year on the catwalk. In 2016, the show was held in Paris. In the past, it has also been held in Los Angeles, Miami and London.