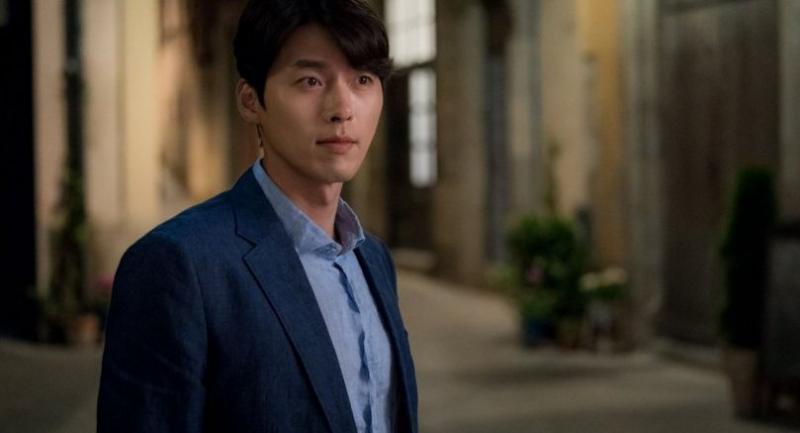 A scene from the series "Memories of Alhambra".

A story steeped in augmented reality, the new Netflix series "Memories of the Alhambra" has all the ingredients to become a global hit

It's not only K-pop that has made South Korea famous around the world. The country’s TV dramas too have been wowing audiences as far afield as China and the US with romantic comedies, modern and period pieces, action and horror all in the mix.

Now they are bringing yet another new element to the small screen with the release on Netflix of the augmented reality drama “Memories of the Alhambra”, which debuted this weekend in South Korea and is showing the world over.

Starring Hyun Bin and Park Shin-hye, “Memories of the Alhambra” is centred on Yoo Jin-woo (Hyun Bin), the chief executive of an investment company holding company who is attempting to win the rights to a video game. He travels to Granada, Spain in search of the mysterious creator of this innovative augmented-reality (AR) game, young programmer Jung Se-joo (Park Chan-yeol from K-Pop boyband EXO), and ends up at a hostel owned by former musician Jung Hee-joo (Park Shin-hye) and dons his company’s innovative “smart lens” to play the game. The cast of “Memories of Alhambra” at the press conference in Seoul: from left, Park Hoon, Hyun Bin, Park Shinhye and Kim Euisung./Netflix photo

The story is written by the acclaimed scriptwriter Song Jae-jung, who has won praise for bringing fresh ideas to Korean drama. Her previous hits include “Nine: 9 time times travel”, where she plays with the idea of time travel when the key character obtains 9 incense items, which allows him to go back 20 years in time. In “W”, she tells the story of a super wealthy man who exists in the webtoon “W”, and a woman who is a surgeon in the real world.

The series is directed by Ahn Gil-ho of “Strangers” fame, whose realistic directing style is in direct contrast to the writer’s fantasy plot.

“We wanted to make it as realistic as possible. So rather than use too much computer graphics, we’ve based it in reality,” says the director. “The most difficult part about expressing AR is how you are going to execute it. AR is different from virtual reality so it had to be very real and when we did use CG, we had to find the right point to put these together.”

In the first two episodes, the audience is introduced to the world of AR through Jin-woo as he starts playing the game for the first time.

For the 16-episode series, the director has again opted for non-linear storytelling just as he did in “Stranger”, with details and secrets revealed in jigsaw form then pieced together in a way that keeps the audience glued to their seats.

But Ahn Gil-ho is quick to insist that while “Memories” is full of new technological elements, it doesn’t have a complex plot that non-gaming audiences would find hard to follow. “It is a future technology so there’s a fantasy factor at play. The AR game is just a topic that we use in the drama but it doesn’t play the biggest part. We try to explain the story through the acting. Also, it is not just about a game; there’s romance in there too,” he explains.

“The idea was to bring this fantastic script to life and the actors achieved that. I think everybody will imagine it playing out in their own way,” he adds.

The title refers to the Alhambra palace and fortress complex in Granada, Spain and it is there than the AR game takes place.

“Why Spain? Historically speaking, Granada has an Islamic backdrop as well as traditional Spanish culture and those two factors make it a very unique city. Its medieval feudal scenery is the perfect match to the game backdrop of our story,” he says.

“I’ve never worked with augmented reality before and I was really curious to see how it would actually come out after all the post production work and CGI had gone into it. I guess curiosity really drove me to participate in this project,” says Hyun Bin, who has been away from TV dramas for the last three years. The actor, who reached the height of his fame in “Secret Garden” back in 2011, has preferred feature films to TV dramas since coming out of the army, starring in “Confidential Assignment”, “The Swindles” and Rampant”. Park Shin-hye of “Doctors” fame has also been away from small screen dramas for two years.

“I put a lot of thought into my next project, asking how I could rediscover myself. AR was a new topic for me and it wasn’t simply a matter of playing a game. It’s not like just an arcade game. I thought there was a message within and I could really connect to the script, which addresses some social issues as well. Also the character I play, she’s very human and very warm,” says the actress.

“Gaming is an industry that is loved the world over. It’s cultural content that everybody in the world really enjoys and we melted this into the narrative of the drama to make it more fun. We made a conscious effort to ensure that people who don’t play games can follow our story and I think we have created a world where they feel like they’re really enjoying a game,” says the director.

“My company makes a smart lens that you wear when you log into the game. In fact, that’s how you start playing: your put these smart lenses into your eye and people who aren’t accessing it via the smart lens don’t see what's going on in the game. I had to really use my imagination to play it. For example, I’m fighting a certain character with certain weapons that can only be seen through the lens so while I can see what’s going on, people will look at me and wonder what’s wrong with me. That means we had to shoot from many different angles so that the audience is seeing what’s going on from my perspective and from the perspectives of others,” the actor explains.

He adds that time constraints complicated the shoot somewhat. “We were overseas and needed to repeat the shoots as many times as possible within a limited amount of time and that was quite difficult. I found it awkward at first but when I started playing the game, my acting levelled out and things improved. I’m at a very high level right now in terms of game acting capability,” he adds with a smile.

“The series has a lot of fantasy-based scenes and that makes it difficult to relate it to most Korean dramas. Yet I think we have found a Korean chord in explaining this fantasy world. The shifting relationships between the characters is also interesting,” says Park, who appeared in “Descendants of the Sun” as a smart solider in the squad of Captain Yoo Si-jin (Sung Joong-ki).

“He’s a great actor and he has the image that really goes with Chan-yeol’s character. He connects all the characters together but that’s all I’m revealing,” laughs the director.

And of course the fact that he is a member of a superstar band is going to draw his fans all over the world to tune in.

The drama started shooting in May and the final scenes are now being shot. Ahn Gil-ho says the post production work on the visual effects is still to be completed.

He admits that it is a burden to live up to expectations after his acclaimed “Stranger”.

“‘Memories of the Alhambra’ is completely different from ‘Strangers’, the direction is different, the overall story and the style are different.

“We’ll be competing with a lot of other Netflix content but I think we have our own unique colour. Song has written a very tight story with solid characters and our actors have expressed it in a very immersive manner so I think it will capture audience attention on the global stage,” he says.

Tags:
Memories of the Alhambra Netflix Hyun Bin In another