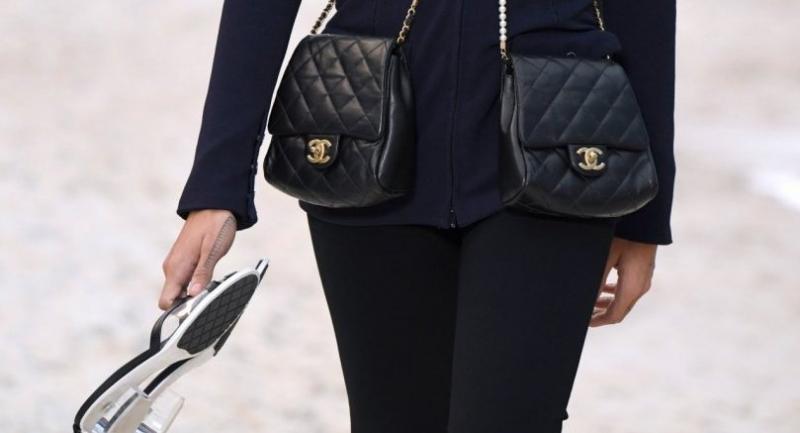 CHANEL HAS become the first luxury fashion house to turn its back on exotic animal pelts such as lizard, crocodile and snake skin, in a move hailed by animal rights groups Tuesday.

Its head of fashion Bruno Pavlovsky declared that it “would no longer use exotic skins in our future creations”, saying it was becoming more difficult to source high-quality pelts ethically.

Handbags, coats and shoes made from snake, alligator and stingray skin command premium prices, with Chanel handbags made from them reportedly selling for up to 9,000 euros (Bt334,000). Python skin bags were removed from Chanel’s website Tuesday, although second-hand bags were still on sale from more than 5,500 euros from online resale sites.

Animals rights groups cheered the move, with the PETA and the Humane Society International (HSI) claiming that the iconic house founded by Coco Chanel was also renouncing the use of fur.

But in a statement Chanel did not mention fur, saying it would no longer use crocodile, lizard, snake and stingray to make coats, bags and shoes.

Its veteran designer Karl Lagerfeld had earlier told the industry bible Women’s Wear Daily that Chanel used fur so rarely that he could not remember the last time it featured on the catwalk.

He said the brand had chosen to drop exotic skins rather than having it “imposed on us. We did it because it’s in the air.

Animal rights groups hailed Chanel as giving a lead to other luxury brands.

By turning its back on exotic skins, “Chanel is saving countless crocodiles, lizards, snakes and stingrays from suffering,” said HSI director Claire Bass.

“The growth in fabulous luxury and eco-friendly fibres that don’t involve animals suffering and dying is helping to drive forward this new era of ethical fashion.

“Fur-using brands such as Fendi (for which Lagerfeld also designs), Dolce & Gabbana and Louis Vuitton need to take heed and embrace this fur-free future,” she added.

PETA also piled the pressure on Vuitton, which is owned by fashion giant LVMH. “It’s clear that the time is now for all companies, like Louis Vuitton, to follow Chanel’s lead and move to innovative materials that spare countless animals a miserable life and a violent, painful death,” it said.

Although top fashion brands have been under heavy pressure to renounce fur, with Gucci, Armani, Versace and John Galliano all deciding to go fur free, Chanel’s decision to stop using exotic skins came out of the blue.

It said that it was now concentrating on developing a new generation of “ultra luxurious” products to replace them from its famous design studios.

Animal rights campaigns against the use of crocodile and snake skin products have not got the same traction with the public as similar crusades against fur, with some luxury brands even investing in reptile farms so they can guarantee that skins are sourced ethically.