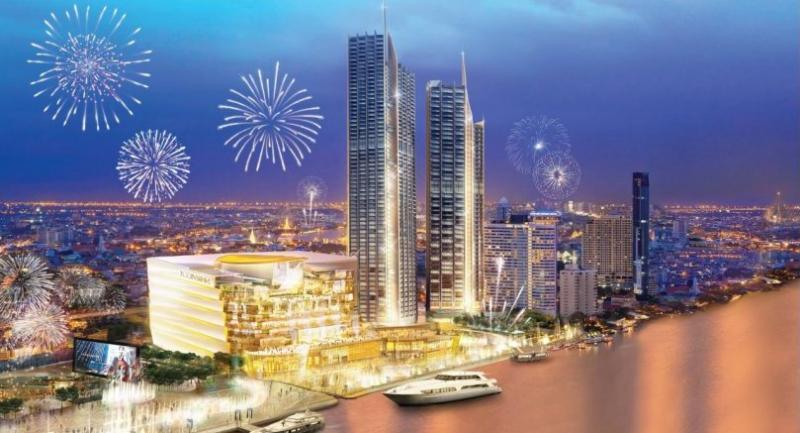 BANGKOK is ranked the number one destination for overnight visitors (for the third consecutive year), with Phuket, and Pattaya also in the global top 20 ( at 12 and 18 respectively), making Thailand the only country with three in the top global 20 destinations, according to the Mastercard GDCI’s 2018 report .

The Mastercard GDCI 2018 ranks 162 destination cities in terms of total international overnight visitors and the amount spent by visitors throughout the previous year.

Mastercard’s GDCI: Indulgences – an offshoot of the GDCI – looks specifically at the amount spent within destination cities on dining and shopping. Findings show that not only is the amount significant, but so is the impact on cities’ local economies.

Whether it be Emirati Harees in Dubai, paella in Palma de Mallorca, pad Thai in Bangkok, or Champagne in Paris, people are eating—and spending—in these four cities more than any others.

Bangkok, world famous for food and culture, ranks third in dollars spent on food and beverage with US$3.38 billion, equivalent to 20.6 per cent of visitors’ budgets. Palma de Mallorca, Spain, came in second place with $3.78 billion, behind top-ranked Dubai, UAE, with $5.94 billion.

Singapore and London are also in the top 10 for overall food and beverage spending, but it’s worth noting that travellers are spending a lower percentage of their travel budgets on food in these cities (12.9 per cent and 17.6 per cent respectively), the survey said.

GDCI: Indulgences reveals that travellers are also spending big in Dubai and London when it comes to shopping, whether purchasing clothes, souvenirs or other goods. That said, visitors to London, Seoul and Johannesburg, in particular, might want to bring a bigger suitcase as international travellers to all three destinations are spending at least 40 per cent of their travel budgets on shopping.

Bangkok, also a world-renowned shopping haven, came in sixth in this category, with visitors spending $3.75 billion on shopping, some 23 per cent of their travel budget.

“Dining and shopping are experiences which people throughout the world use to connect with local culture, traditions and history” says Donald Ong, Country Manager, Thailand and Myanmar at Mastercard. “Through programmes like Priceless Cities, Mastercard is enriching travel experiences for travellers in some of the world’s most fascinating cities. Whether in Bangkok’s hippest boutique hotels or sampling some of Thailand’s world famous cuisine, Mastercard believes in expanding horizons and thus has created a wide range of memorable experiences for people around the globe.”

Mastercard is focused on helping cardholders travel the world with peace of mind through seamless planning, convenience and connectivity at their destinations and worry-free acceptance at millions of locations around the globe. Compelling travel offerings and benefits help travelers every step of their journey. More information can be found at mastercard.com.