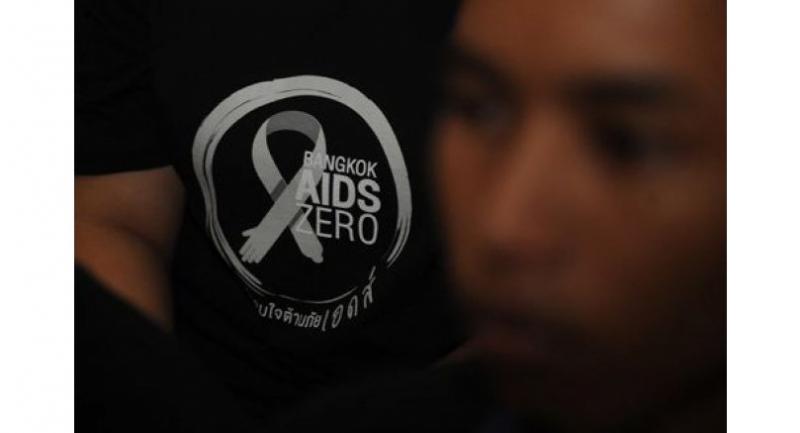 Like most member nations of the United Nations, Thailand has set itself the goal of eliminating new infections of HIV/Aids and reaching “Getting to Zero” by 2030.

It is an ambition that faces many challenges. Current figures show that the nation has more than 400,000 HIV-infected patients and that 21 per cent of them are over the age of 50. Improved medical treatment and more efficient drugs will push an increasing number of those infected into the 50 years-plus bracket as the target date draws near, thus exposing them to age-related medical conditions.

At the same time, a the national survey in 2016, conducted by the Thai Red Cross Aids Research Centre in 2016 found 6,200 new patients being infected with HIV per year – or 17 persons per day – and that the majority of these were among the younger generation, especially men who have sex with men (MSM).

Speaking at the 21st Bangkok International Symposium on HIV Medicine held last week at the Queen Sirikit National Convention Centre, Professor Emeritus Praphan Phanuphak, MD, the director of the Centre and director of HIV-NAT Thailand, stressed that active and coherent strategies are urgently needed to tackle the problem.

“Although the present situation seems better in terms of medical treatment, the fact that there are 6,200 new HIV-infected patients per year is not good because it has been around this figure for the past six years. We know we can make it zero. We need to look at other countries’ strategies, examine how they have handled the situations and then analyse and improve our policies. This should be done through a comprehensive review of the management of HIV infection and opportunistic infections in parallel with efforts to improve access to therapy as well as the latest updates on research into HIV treatments and vaccines. The United Nations Programme on HIV/Aids – UN-Aids aims to bring an end to the disease in 2030, meaning that the incidence will be changed from ‘epidemic’ to ‘endemic’ or individual infection.

“Another goal is to achieve a 90-per-cent reduction in new patients from the current global figure of two million annually. Ending Aids also refers to a reduction in deaths of the HIV-infected, as well as zero stigmatisation or discrimination, which is very hard,” he says. “A study has followed 3,000  serodiscordant couples for over 3 years, one of whom is HIV infected,

taking anti-Aids drugs until no more virus was detected in their blood although infection still remains in the body, none of the HIV-negative couples has even be infected even consistent condom use is not the norm. The most promising result of the study is that it shows that none of the partners have become infected. This is known as the ‘U=U’ campaign.”

U=U is an informational campaign about how effective HIV medications can prevent sexual transmission of HIV. U=U means “Undetectable = Untransmit table”, indicating that if an HIV-positive person is on anti-retroviral therapy (ART) with a consistently undetectable HIV viral load, the HIV virus cannot be transmitted to a sex partner. As a prevention strategy, this is often referred to as Treatment as Prevention, or TasP. U=U and TasP are based on substantial scientific data. In fact, the US Centres for Disease Control and Prevention has said that people who take ART daily as prescribed and achieve and maintain an undetectable viral load have effectively no risk of sexually transmitting the virus to an HIV-negative partner.

“So there is no reason for social discrimination against HIV-infected individuals at the workplace or anywhere else. The bottleneck is getting those at risk to get a free blood test at least twice a year and for everyone else to get one at least once in a lifetime with their partner – assuming they have never had sex with anyone else. It can be an annual health checkup but most people are afraid others will hear about it. In some cases, even those who know they are infected refuse to take the medication because they are afraid that someone might see it and talk about it. Others may have poor adherence to the medication resuting in treatment failure with development of drug resistance,” the professor explains. The ideal approach is known as the Strategic Timing of Antiretroviral Treatment (START). This global treatment has shown that HIV-infected individuals have a considerably lower risk of developing Aids if they start taking anti-retrovirals as early as possible thus reducing the risk of HIV transmission to uninfected sexual partners.

“The early treatment is definitely beneficial to the HIV-positive person. We have run campaigns with workshops and various activities for the past two years. Now we want to legalise the import of the HIV Home Kit selftest on the Thai market, so that individuals who might have recent exposure can get hands-on results in time to receive further medical treatment,” Dr Praphan adds.

In addition to the self-test, one of key successes in early treatment is access to the PEP medication within 72 hours. PEP stands for post-exposure prophylaxis and involves taking HIV medicines within 72 hours after possible exposure to HIV to prevent becoming infected. It should, however, only be used in emergency situations though it does away with the need to wait for two weeks to get the test results.

“It should be available as an emergency control measure. Hospitals in Bangkok should welcome patients and prescribe medicine even if the patients’ rights to access medical treatment – the gold card – specify another province. However, PEP is not intended to replace regular use of other HIV prevention methods, such as consistent use of condoms during sex or preexposure prophylaxis [PrEP],” he says. “At our anonymous clinic, we do SameDayART [anti-retroviral therapy] to ensure patients get the medicine immediately. We also have a ‘navigator’ to help with patient consultations throughout the treatment. The SameDayART has proved very successful. Of some 1,000 HIV-infected patients, 80 per cent can start taking medicine on the same day and the rest within three days. We are expanding this method to other provinces, so that we don’t lose patients there,” he adds.

PrEP is another effective strategy to ending Aids and was explained to the symposium by Prof Andrew Grulich, Head of the HIV Epidemiology and Prevention Programme at the Kirby Institute. Preexposure prophylaxis (PrEP) is considered an effective HIV prevention intervention and could be a potential game changer in the region.

In his presentation of the expanded PrEP Implementation in Communities in New South Wales study launched in March 2016, Grulich explained that the initial target of 3,700 high-risk men who have sex with men was reached in October 2016, with an average monthly recruitment of 499. More than 9,500 participants are currently in the trial, making it the largest PrEP trial globally.

The high-level, targeted and rapid rollout of PrEP in New South Wales has led to a 35-per-cent decline in statewide HIV diagnoses in MSM, and a 44-per-cent decline in early HIV infections in MSM, levels unprecedented since the beginning of the HIV epidemic. This was achieved less than one year after the target recruitment was reached. In a concentrated epidemic with high testing and treatment coverage, the PrEP scale up led to a rapid decline in HIV transmission at the population level.

“This study has given impressive results. As we move towards 2030, UN-Aid has introduced the ‘90-90-90’, an ambitious treatment target to help end the epidemic. This means that by 2020, 90 per cent of all people living with HIV will know their HIV status, 90 per cent of all those with diagnosed HIV infection will receive sustained anti-

Many strategies will be needed to end the Aids epidemic and it will present an enormous challenge not only for the medical profession and policy makers, but also for the world of technology in getting to zero. In this context, work is already steaming ahead on an application by the Thai Red Cross Aids Research Centre that will draw at-risk and infected young people into the fold.