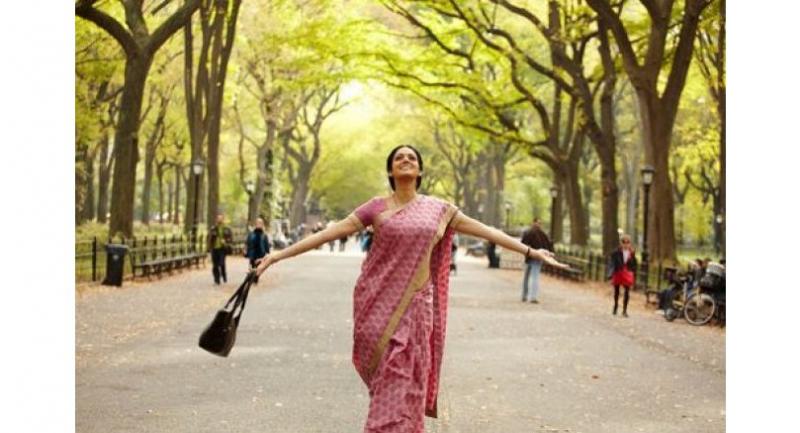 River City Bangkok Film Club will start its 2019 Movie Series with “English Vinglish” from India at RCB Forum on the second floor of the shopping centre on March 16 at 4pm.

Combining linguistics, domesticity and multiculturalism, the film stars one of the greatest actresses of the country, Sridevi, known for her superior dancing and dramatic skills, who appeared in more than 200 films before tragically dying in a drowning incident, last year. In fact, this was the comeback film of the superstar, who had taken a 15-year hiatus to focus on her domestic life and bringing up her two daughters.

Directed by Gauri Shinde, “English Vinglish”, with English subtitles, centres around Shashi, a housewife and home-maker who is happy looking after her family, and making “laddus”, Indian traditional sweets. She is not too bothered about her lack of English-speaking skills despite the digs her husband and family make about that. Things change, when she goes to New York, to help in the marriage of her niece, and finds herself in many embarrassing situations due to not knowing the English language. That’s when she decides to enrol for a short English-speaking course in the city. Shashi meets a bunch of lively, multiracial personalities, including a Pakistani cab driver, a Mexican nanny, a closeted African and a Frenchman who starts getting attracted to her. They love her innocent, effervescent personality, and have lots of fun together. She is confused by the Frenchman’s attentions, though it raises her selfworth.

That’s when her family joins her in New York for the wedding. They are surprised by Shashi’s newly acquired English-language skills, and even more, by her impressive “English” toast to the wedding-couple. The film, with its lively scenes and vibrant energy, pleased audiences around the world, starting with the prestigious Toronto International Film Festival. It won the Popular prize, and was a huge boxoffice hit, rocketing rookie Shinde, who was formerly in advertising, to the big time. The RCB Film Club’s 2019 Movie Series is supported by the Embassy of India, who will host a reception after the screening with Indian wines and snacks. Newly arrived Indian ambassador Suchitra Durai will introduce the film. The RCB boatservice leaves Saphan Taksin Pier at 3.30pm returning at 7pm. Contact the concierge counter on the first floor.

When you reserve seats for the film, indicate if you will need the RCB boat service.