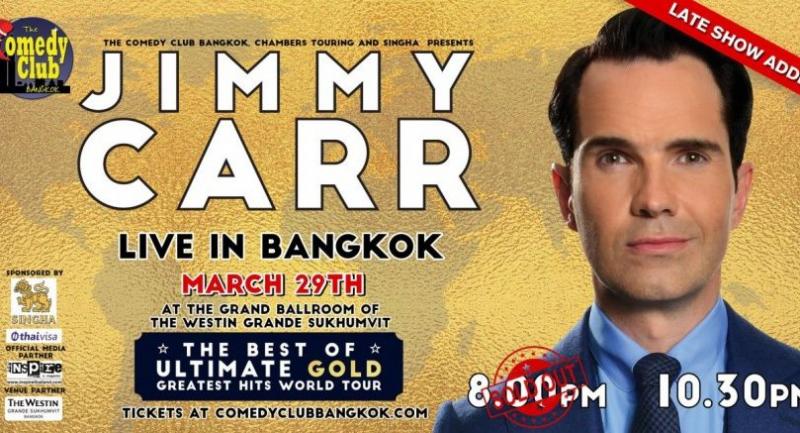 The Comedy Club Bangkok has snagged hilarious British stand-up comic Jimmy Carr for a pair of shows in the Westin Grande Sukhumvit’s Grand Ballroom on March 29, at 8 and 10.30pm.

It’s a return visit to Thailand for Carr, who’s this time in the midst of his “Best of Ultimate Gold Greatest Hits World Tour”.

The shows were originally scheduled for April but had to be moved forward.

More than two million people have seen the award-winning comedian, writer and television host perform live, including 1,800 folks in Bangkok in 2016. Known for snappy one-liners and abject unwillingness to tolerate hecklers in the audience, Carr has been on the stand-up scene for a decade and a half.

His television credits include Netflix show “The Fix”, 18 seasons as host of the panel show “8 Out of 10 Cats”, 10 years hosting “Big Fat Quiz of the Year” and three appearances on “The Royal Variety Performance”.