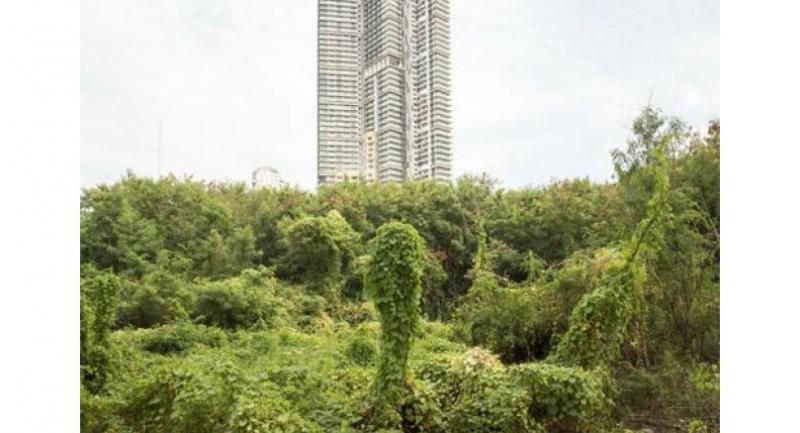 Coming soon to Kathmandu Photo Gallery is “Limbo”, a photographic exhibition by Frenchman Rafael Martinez. The show runs from May 11 to June 24 and the opening party will be held on May 11 at 6.30pm.

Strange horizons beckon Martinez: ominous towers looming over eerie clumps of vegetation; an empty playground hidden behind an archway; a goal-post across a football field marking the border between mantamed grass and the unruly coconut grove beyond.

The daydreaming women section of “Limbo” invites a more complex response, perhaps because the world has so objectified women as sex and status symbols that it’s almost impossible to see women simply as human-beings who have become the preferred photographic subjects for both men and women, young and old. Their pronounced individuality enhances the universality of their mood. They are walking on crowded streets, but they are clearly elsewhere, absent, voided – in limbo.

“I am searching and photographing margins and interstices. They are places where time passes less quickly, where streets are empty and calm with neither agitation, nor tumult. Ancient times are present and hypermodern city seems far away, while it is very close, just around the corner, conqueror and selfconfident. It can be seen in the distance, high buildings pointing to the sky, but surrounded by jungle, like ruins and remains of an ancient, forgotten civilisation. These interstitial and central margins are strange, fantastic and necessary places, sweet but a little disturbing, suitable sites for daydreams and fantasies. On my way in search of such places, I also photographed people, mostly woman, absorbed in their inner worlds,” the photographer explains.

Kathmandu curator Manit Sriwanichpoom adds: “Rafael’s work achieves both technical and artistic quality. He is able to communicate his emotions so the world experiences what he feels. His photographs of Bangkok reflect his nomadic existence as a diplomatic spouse, following his wife’s job into unfamiliar cultures. However, his sense of alienation is shared by Bangkok’s natives amidst their city’s breakneck pace of change.” Born in Nice, Martinez has a master degree in macro-economics. He took up photography in Bangkok where he has lived since September 2016. “Limbo” is his first solo exhibition.