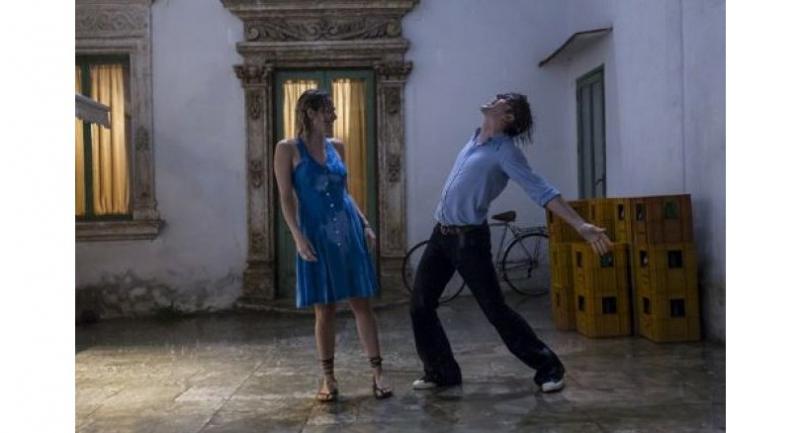 From comedy to drama and documentary to music, there’s something for everyone at the upcoming Italian Film Festival

The Italian Film Festival returns to town next week for its fifth edition and this year will be screening a total of 10 recent movies, by both established director and rookies.

Organised by Dante Alighieri Cultural Association and sponsored by Generali Thailand, the event is part of the annual “Italian Festival Thailand” and is set to run from May 16 to 26.

The festival opens at Scala Theatre next Thursday at 9pm with “Forever You” (“Un’Avventura”), a 2019 musical film by Marco Danieli. Set in the 1970s, it centres on Matteo. He has been secretly in love with Francesca since they were kids, but she left the small town in which they grew up to travel the world. Now she’s back and Matteo decides to finally make her fall in love with him, even if she’s no longer the simple girl he remembered. The film is in Italian with English and Thai subtitles. The second screening will be at Cinema Oasis on May 25 at 9.30pm.

Other films, all screening at Cinema Oasis on Sukhumvit Soi 43 (BTS Phrompong) and in Italian with English subtitles, are as follows: This tale with no narrative precedents brings the viewer to an unknown world where the forces of nature and primitive humanity intertwine with the beliefs and superstitions that ruled life at that time. In the Eighth century BC, the area spanning the banks of the Tiber and the hills of Lazio is occupied only by rudimentary villages. This is a wild world open to exploration and conquest and one day will witness the founding of Rome. Here everybody fights to survive, and the universe of beliefs, mysticism and religion is the only means for men to understand the world. It is 1914, and Italy is about to go to war. A commune of young North Europeans has found on Capri the ideal place to live their lives and practise their art. But the island has its own powerful identity, in the person of a young woman, a goatherd named Lucia (Marianna Fontana). The film describes the encounter between Lucia, the commune, headed by Seybu (Reinout Scholten van Aschat), and the young village doctor (Antonio Folletto).

Lazzaro is such a purehearted young man that many would consider him to be an idiot. He might be a peasant but he’s worthy enough for the friendship of spoiled aristocrat Tancredi. They find joy in a forgotten pastoral world of deception and lies. The truth will separate them, but Lazzaro’s loyalty will withstand the test of time when he is catapulted alone into a bleak metropolis.

The Strange Sound of Happiness

After years of drifting, Diego returns to Sicily. His dream of becoming a musician has not worked out. He has no job and no plans for the future but the sound of an ancient musical instrument, the mouth harp, points the way. From the torrid coasts of Sicily, Diego journeys to the frozen flatlands of Yakutia in Siberia where he becomes part of a prophecy from a century ago.

Adele, a 25-year-old girl with a mental disorder, has never met her father and has always lived under the protective wing of her mother Margherita.

Everything changes when her very existence is overturned by the latter’s sudden and unexpected death. Abandoned by all her relatives, Adele will meet Aldo, 65, an actor who was summoned to Apulia in order to pay his last respects to the deceased. Aldo discovers that he is the girl's biological father and he must tell her the truth. And so begins a journey through an inhospitable Apulia in which two perfect strangers transform an improbable relationship into something unique and unforgettable, one that by degrees resembles what they never thought they could be together: a father and daughter.

Sunday May 26, 7pm at Cinema Oasis We’ll Be Young And Beautiful

Isabella still sings “Tic Tac”, the song that made her famous in the early nineties, when she was only seventeen. Her place is the Big Star, which has also become her second home. Her young son Bruno is her guitarist. The two are inseparable, they perform every night together and they share a ramshackle but happy life of unpaid bills and midnight strolls around the city. Bruno, however, dreams of a different musical career.

When Alessandro wears his shiny lucky shirt, he doesn’t feel his age. But after a life wasted on a slot machine, already drunk early in the morning, hoping for the luck of a scratch card, he would never have imagined that love could find him. In a hospital. It’s here, that he meets Francesca. Big green eyes, melancholy and bright, spontaneous as a child and with two ship tickets in her pocket. Alessandro and Francesca are finally out of the hospital, on their way to a last chance.

Almost every adolescent dreams of inventing an app. Teenager Matteo creates a social platform where people negotiate job offers. At the beginning, no one believes in his project, but Matteo never loses his faith, and, in the end, he succeeds. At the age of 19, he suddenly receives national praise and becomes rich and popular. His ‘Start Up,’ which includes dozens of thousands of subscribers, becomes appealing to the most important companies. Success will soon take its toll.

There is a Light

A touching road movie about parenthood, responsibility and finding your limits. Mia, a pregnant, vagrant singer, meets Paolo, a sensible and heartbroken gay man, in a club and the pair hit it off immediately. Borrowing a company van, they embark on an epic roadtrip from the north to the south of Italy. Can the pair find happiness on the run?