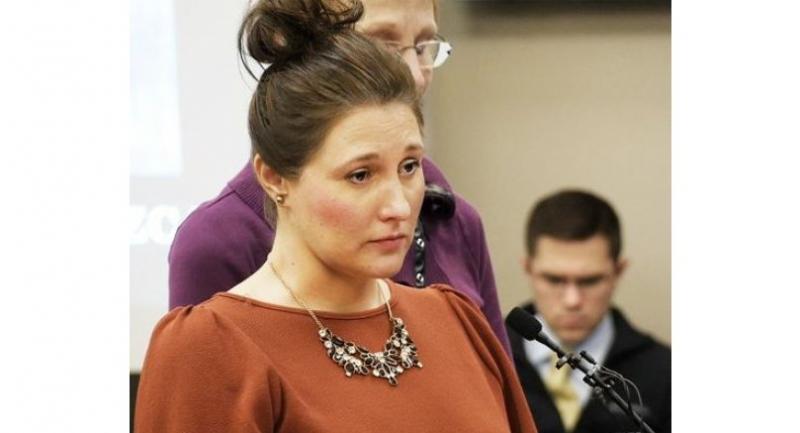 Based on years of research by producers Dr Steven Ungerleider and David Ulich and featuring brave testimonials from the athletes at the centre of the story, director Erin Lee Carr’s powerful documentary “At The Heart Of Gold: Inside The USA Gymnastics Scandal” is now showing on HBO GO via AIS Play and AIS Playbox.

For more than two decades Dr Larry Nassar was the osteopathic physician for the US women’s Olympic gymnastics team, as well as a physician at Michigan State University (MSU). During that time, he sexually abused hundreds of female athletes.

Offering insights that go beyond the sensational headlines, the documentary reveals a dangerous system that prioritised winning over everything else, including protecting young female athletes.

Through interviews with dozens of survivors, as well as coaches, lawyers, journalists and Judge Rosemarie Aquilina, the film exposes an environment in which young women spent their youth competing for victory on a world stage, juxtaposed against a culture where abuse was hidden, and lives were forever damaged.

For more than 20 years, Dr Larry Nassar worked with athletes, especially gymnasts, as a respected trainer and team physician. He taught Sunday school, volunteered in the community and was seemingly well liked. While Nassar tended to aches and pains, becoming a friend and confidant to many girls along the way, some of the methods he presented as treatment were sexual abuse.

For years, accusations and evidence grew against the doctor, as several young women came forward to their coaches, universities and parents. At Michigan State, mounting evidence suggested that reports of Nassar’s improper treatments, which sometimes occurred when parents were present, were dismissed by officials who chose to defend the popular doctor.

In 2016, after Rachael Denhollander went public with her story in the Indianapolis Star, the tide finally began to turn against Nassar, as more and more women filed lawsuits against him and the institutions that had shielded him for so long.

Nassar was subsequently fired from MSU. In 2017, he pleaded guilty to possession of child pornography after 37,000 images were found on his computer. He eventually also pleaded guilty to abuse charges in Michigan, with the understanding that another 125 cases would not be tried. After one of the most highprofile trials in recent history, Nassar was found guilty and is currently in federal prison.

In January 2018, Ingham County sentencing, 88 survivors had been scheduled to make statements. By the end of that week, 156 women, all with a shared history of abuse, had bravely come forward. Chelsea Zerfas spoke of the impact of the trauma and her journey to heal, stating, “I get scared that I will be taken advantage of once again by another doctor, just like you did. I’ve tried my best to gain back the strength I once had. I am a survivor. Here I am today facing my abuser. I’m finally being heard. I’m no longer hiding my story.”

Trinea Gonczar, another survivor and a longtime family friend of Nassar, said to her abuser, “You hurt me, as I’ve had to realise I was abused for many years of my life…I will do everything for the rest of my life to make sure that the ‘you’s’ of this world don’t get to hurt another one of us.”

After a week of powerful testimonies, Judge Rosemarie Aquilina meted out a 175year sentence, effectively imprisoning Nassar for life. Because so many survivors went public, some of the institutions and athletic organisations that protected Nassar, began to implement changes.

In March 2018, MSU agreed to a $500 million settlement for athletes abused by Nassar. In October 2018, Steve Penny, former president of USA Gymnastics, was arrested for tampering with evidence in the Nassar case. His case is still pending.

Congress went on to pass legislation enforcing mandatory reporting of sexual abuse in amateur sports. One week after Nassar’s sentencing, the entire board of USA Gymnastics resigned. One month later, Scott Blackmun stepped down as the chief executive of the United States Olympic Committee, an organisation that also moved to decertify USA Gymnastics as the sport’s governing body.

Tags:
At The Heart Of Gold: Inside The USA Gymnastics Scandal HBO GO via AIS Play AIS Playbox Larry Nassar: