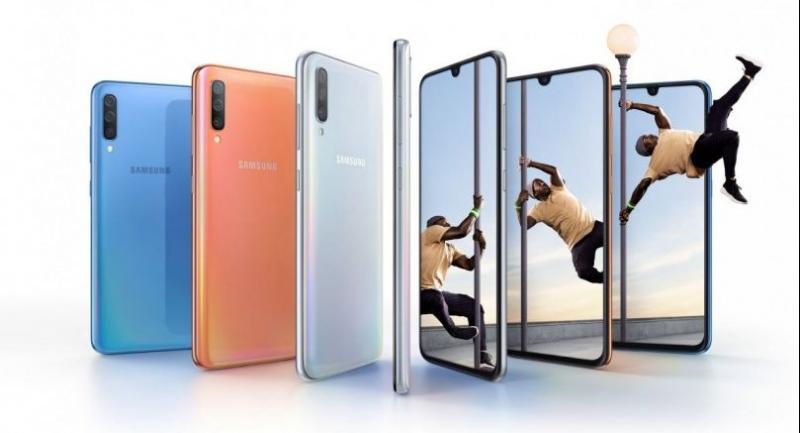 With good quality triple rear cameras and a front camera that's great for selfies, the new Samsung Galaxy A70 brings rewards without breaking the bank

A NEW mid-range smartphone that’s fast and sleek and comes with good-quality triple rear cameras, the Samsung Galaxy A70 is powered by Qualcomm Snapdragon SM6150 octa-core processor with dual cores running at 2.0GHz and six other cores at 1.7GHz. It has 8 gigabytes of working memory or RAM and 128 GB of internal storage, which is expandable with a micro SD card by up to 512 GB. The A70 runs on the Android 9.0 operating system. During the test, I found it was fast and its menus and touchscreen were responsive. Applications also ran fast on the A70.

Music lovers will appreciate the A70’s ability to play High-Resolution Audio files of FLAC 24bit/192kHz format. I tried playing a Hi-Res audio file on A70 with Audio-Technica ATH-ANC700BT and was delighted with the detail and powerful bass.

The A70 also has fast Internet connection. I tested it on TrueMove H’s LTE network. Applications were quickly downloaded and my snapshots were backed up to my Google Photos cloud storage in no time.

I used Ookla Speedtest app to measure the connection speed and found that it got a top download speed of 122 Mbps and top upload speed of 39.2 Mbps.

The A70 comes with a large and beautiful 6.7-inch Super Amoled Infinity U-Display with 1080x2400 pixels. The display in 20:9 aspect ratio is good for viewing photos and video clips. During the test, I watched HD movies streamed from TrueID TV app and iflix app and can confirm that pictures were sharp and clear.

The A70 has a good quality triple rear camera comprising a 32-megapixel main camera with f/1.7 aperture lens, an 8 MP ultra-wide camera and a 5MP depth camera.

The depth camera provides the data for the main camera when used for the bokeh or blurred background effect.

It lets you adjust the depth of field before and after you nail the shot and knocks out unwanted background noise from your images to make them look more professional.

The 123-degree ultra wide camera lets you capture beautiful panorama scenes at the same angles as the human eye. It’s easy to switch from wide to ultra wide camera too –simply tap on the icons of two and three flowers, representing wide and ultra wide respectively. The main camera has a high resolution of 32 megapixels with Scene Optimiser to help you capture best shots in auto mode, which is called “Photo” mode. Under the “Photo” mode, the Scene Optimiser recognises what you are trying to capture and using artificial intelligence to enhance the shots. The A70’s main camera will allow you to get optimum levels of brightness saturation by adjusting shooting parameters in accordance with recognised scenes or objects.

The main camera also has a Flaw Detection function that catches blinks, blurs and backlighting and lets you know so you can try and shoot again.

The A70 also has good quality front camera with 32 MP resolution. The front camera also comes with Selfie focus mode that allows you to adjust background depth and blur the background so that your portraits will be more outstanding.

Good security is another feature buyers will appreciate, with an on-screen fingerprint reader that allows you to unlock your phone securely. It also has Secure Folder feature, which is a powerful security solution that lets you create private and encrypted space to store content such as photos, documents and voice recording files.

During the test, I found the fingerprint reader worked fast and efficiently for unlocking the phone.

The Galaxy A70 comes equipped with a 4,500mAh battery and I could comfortably survive a day after one charge. And its 25W Super Fast Charging technology gets you fully powered and ready to go without being tied down.

Samsung Galaxy A70 has a suggested retail price of Bt15,990.