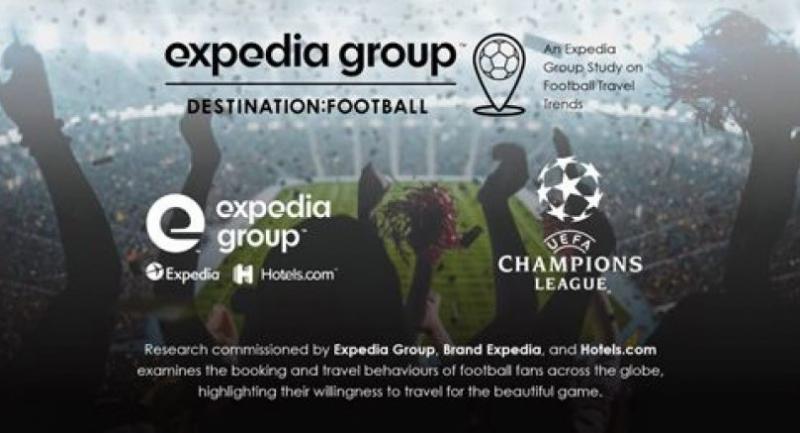 Apart from spending time on beaches and visiting the historical sites, 87 per cent of Thai football fans are planning their next holidays around upcoming significant sporting events according to the Football Travel Trends Study by Expedia Group.

According to the survey commissioned by Expedia Group, Brand Expedia and Hotels.com with 500 Thai respondents, 49 per cent of Thai travellers have planned holidays around sporting events at least once.

Forty-eight per cent of male and 50 per cent of female respondents confessed to planning their holidays around their favourite team. Showing their dedication, 36 per cent admitted to actually changing holiday bookings to make sure they don’t miss a match.

As avid travellers with the excuse of catching their favourite football team, 51 per cent of Thai football fans travel out of their home country to watch one to three football matches per season, with 61 per cent having skipped work to go to a football game.

Forty-six per cent of the respondents said they are willing to travel up to four hours to an away match to see their team up close.

“Muay Thai is Thailand’s national sport and people come together to watch it on weekends. European football is by far a different level of interest among Thais. So just like in neighbouring countries like Malaysia and Singapore, the preferred football league of Thais is the European League. In our study, more than one third of them even changed their travel plans before to make sure that they don’t miss a match,” said Lavinia Rajaram, head of communications, Asia Pacific, Brand Expedia.

“At Expedia Group, we go to great lengths to ensure that travellers get access to a wide range of flights, accommodation and activity options at great prices, so that they can enjoy their football adventures to the fullest without needing to fuss over the travel booking and planning processes.”

Among all the famed football stadiums in the world, Manchester United FC’s Old Trafford topped the list of most desired destination to watch live football, as voted by 31 per cent of Thai football fans. This was followed by Liverpool FC’s Anfield which came in second (24 per cent), and England’s Wembley Stadium (8 per cent) in third place.

Footie fans are also serious about their match companions, with ex-professional footballers topping their celebrity wish lists. Former Brazilian forward Ronaldo was voted the most desirable celebrity to join fans travelling to a football game (34 per cent). Former English midfielder David Beckham came in a close second (29 per cent), while American actor Brad Pitt came in third (8 per cent).

When it comes to booking travel for an overseas football game, 65 per cent confirmed they book their travel for a trip as soon as their team’s fixtures are announced, with women (72 per cent) being more likely to do so immediately than men (63 per cent).

Many football fans also see travelling for football as an opportunity to explore a new city. Aside from watching football, 67 per cent prioritise sightseeing when visiting someplace new. Shopping is the second most popular pasttime, with 57 per cent hoping to bag a bargain.

In terms of the sacrifices that Thai football fans were willing to make for the beautiful game, when asked, close to half (48 per cent) would give up a holiday, 41 per cent would sacrifice drinking for a month, while skipping desserts for a month came in third at 30 per cent.

In terms of actual spend for an away match, a quarter (24 per cent) are willing to spend more than Bt20,000 for a match considering tickets, accommodation (if applicable), travel, food and/or drinks per person.