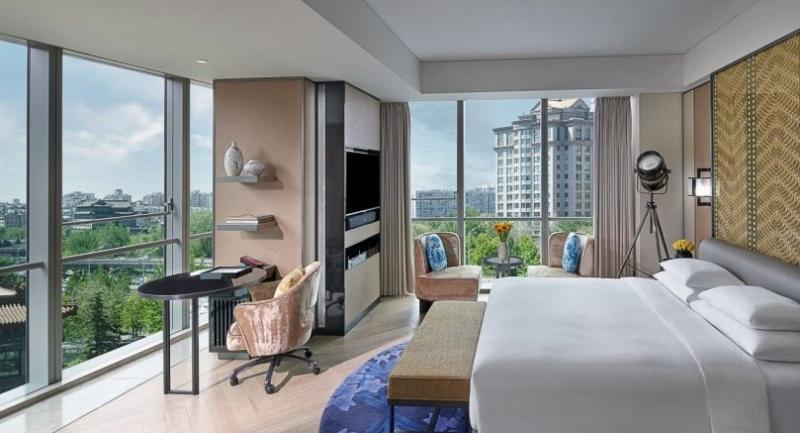 Accor expands its portfolio to 1,100 properties in Asia Pacific with the opening of the brand-new Sofitel Beijing Central.

Standing in the middle of Beijing’s diplomatic area, this new hotel is linked to several historical sites and tourist attractions including Tiananmen Square, the Forbidden City, the National Museum of China and the National Grand Theatre.

“We have had a record six months since announcing our 1,000th hotel with the Pullman Tokyo Tamachi late last year and it’s incredible to think that we have added another 100 hotels since then,” said Michael Issenberg, chairman & chief executive officer, Accor Asia Pacific at the recent press conference.

“Sofitel Beijing Central will be a great addition to our network in China and will become one of the premier luxury hotels in the city.”

It features 345 spacious luxury rooms and suites, with Sofitel Club floors providing generous circular bathtubs and access to the brand new Club Millesime Lounge that will be launched towards the end of this year.

The hotel has more than 1,500 square metres of event space including nine flexible meeting rooms for up to 400 delegates. Each space offers state-of-the-art technology for gatherings of any type. The hotel’s recreational facilities include a day spa, fitness centre and indoor pool.

“France is one of the most popular outbound destinations for Chinese travellers and as an ambassador of French culture, Sofitel enjoys tremendous opportunities as a preferred brand for luxury travellers.”