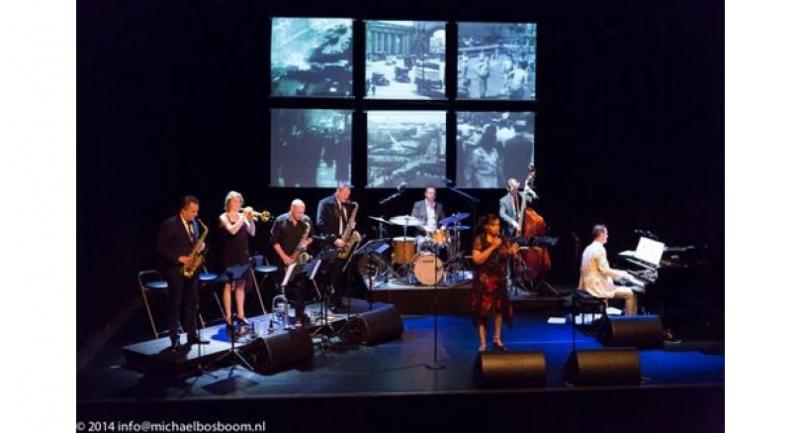 Latin sounds by Brazilian masters are among the highlights of the Hua Hin International Jazz Festival, which gets underway today

Now a regular fixture on the Thai calendar, the Hua Hin International Jazz Festival returns to the popular seaside town this weekend for its 15th edition.

The event, which takes place tonight and tomorrow, is bigger than ever this year, with more than 500 musicians and artists, both local and international, all set to perform 50 shows on two stages over the two days. “I’m trying to think of the right word to describe the Hua Hin International Jazz Festival 2019 and ‘mighty’, ‘magnificent’, ‘enormous and ‘phenomenonal’ all come to mind,” says Sekphol Unsamran, aka Koh Mr Saxman, a distinguished jazz saxophonist and the festival’s music director. “I would also like to call it a reunion of sorts, as we welcome home all the jazz musicians and artists, who have performed here over the year as well as those who like their jazz. It’s like a family get-together.” Organised by the Tourism Authority of Thailand and Hua Hin Municipality, the festival takes place on the beach and promises to thrill music lovers with an outstanding lineup of world-famous artists. Among them are The King of Samba from Brazil, saxophonist Christina von Bulow from Denmark, the daughter of jazz guitarist Fritz von Bulow, and Rubem Farias, one of the best and most respected bass players in Brazil who currently lives in Stockholm. Also taking the stage are leading saxophonist and flautist Mitch Frohman, winner of the 2016 Latin Jazz USA “Chico O’Farrill” Lifetime Achievement Award, jazz vocalist Deborah Brown and the Shanghai Sisters from Malaysia featuring Winnie Ho, Janet Lee and May Mow. “Hua Hin is a seaside city and the sea and samba are in perfect harmony. The best samba in the world comes from Brazil courtesy of The King of Samba. I got to know Deborah [Brown] quite by chance from her live posts. She lives in Thailand and Australia. And we are also welcoming the Klai Kangwon School Band,” Koh Mr Saxman explains.

Visitors can choose between two stages. The Beach Stage is in front of the Centara Grand Resort Hua Hin and will feature 15 shows starting from 4.30pm and opening with a set by the 20-piece big band from Klai Kangwon School. The ground-level Art Stage meanwhile will see performances by more than 30 international and professional bands. It is also more relaxed, allowing the artists to play music, talk and communicate with the audience rather like street musicians. “We will make the Hua Hin International Jazz Festival one of the most recognised events in the world,” Koh Mr Saxman says.

“Hua Hin International Jazz Festival has reached a musical milestone with its 15th anniversary this year. As everyone knows, Hua Hin is a city for music. But now we want Hua Hin to become known more specifically as a jazz city. TAT is making several upgrades to bring even more quality to the event. Hua Hin International Jazz Festival is the TAT’s project and is designed to create a good image of Thailand as a tourist destination for art and culture. The decision to hold it in June at the start of the green or rainy season aims to add a different atmosphere. The TAT is confident that this music event will serve as a magnet and attract more local and international tourists to visit Prachuab Khiri Khan province, especially Hua Hin. “The hope is that tourists won’t spend all their time in Hua Hin but also visit other tourist attractions such as Pranburi town and the surrounding area, Cha-Am Beach and Kaeng Krachan National Park in Phetchaburi, all of which have high potential for tourism,” says Tanes Petsuwan, TAT deputy governor for marketing communications.

“Some Thai people and foreigners might wonder why we hold the festival here rather than in Bangkok. The answer is simple: His Majesty the late King Bhumibol Adulyadej was renowned as the jazz king and spent the final days of his life here. Every time HM the King stayed here at Klai Kangwon Palace, he played his beloved saxophone. I appreciated his musical genius and his compositions, which have been covered by many artists as well as the new generation of musicians. His love of music remains in the minds of all Thais and that makes Hua Hin the most suitable venue for a jazz festival.”

Hua Hin is one of the top tourist destinations of Thailand and has the advantage of being relatively near Bangkok. The city has many incredible beaches, mountains, viewpoints, temples, night markets, water parks, and fine restaurants.

“I have been in Hua Hin for almost 20 years and fully support the TAT’s stagegy. This is a safe city and we are more than ready to cope with traffic flow and parking over the festival weekend. Visitors can park at the Hua Hin Municipality Office, which has a capacity for up to 400 cars, at Hua Hin Queen Park, Bluport Huahin Resort Mall, and Paemai Resort and Restaurant. So, no matter how many the tourists come, we can accommodate them all,” says Sirapan Kamolpramote, adviser to the Mayor of Hua Hin.

- For full details and programme of the event, visit www.TatNews.org/event/huahininternationaljazzfestival2019/.