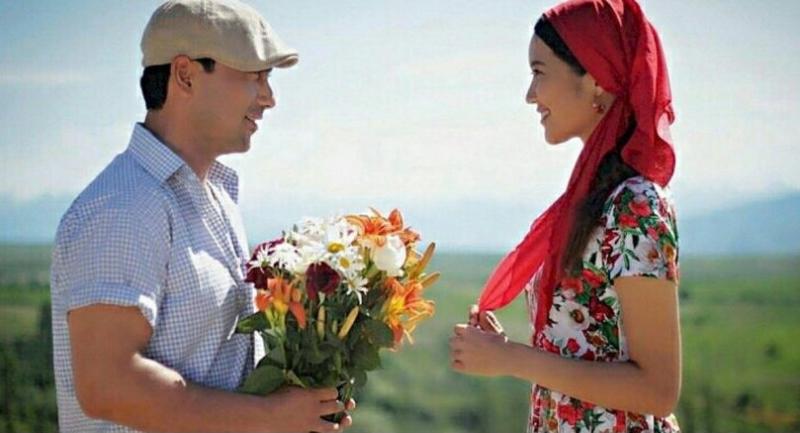 The Uzbekistan movie “The Girl With the Red Scarf” will be shown at the next RCB Film Club screening taking place at River City Bangkok on July 20. Admission is free.

The film is based on a story by celebrated Russian-Kyrgyz writer Chingiz Aitmatov, whose 90th anniversary was celebrated around the world in 2018, including in New York and Berlin. His books have been translated into several international languages. There have also been more than 50 film adaptations of his novels.

This movie was made to commemorate his 90th anniversary, and was a unique co-production between Uzbekistan and Kyrgyzstan, with filming taking place in both countries.

The simple love story portrays city truck driver Ilyas who falls in love with Asal, a woman in a red scarf during a trip to a village. Despite already being in a relationship with a woman in the city, he marries her and has a child. But an unexpected problem makes him lose his job and leads him to a night out in the bar, and into the arms of his ex-girlfriend. Asal is distraught when she hears of this and leaves him. She then meets a kind man, who takes it upon himself to look after her and her son. A road-accident leads Ilyas to meet the new man. He begs her to return to him, and she is caught in a very tough dilemma.

Director Sarvar Karmar and lead-actor Adis Rajabov are well-known names in the Uzbek film industry and will be on hand for a Q & A session after the screening. Actress Madina Talibek is a top actress in the Kyrgyzstan cinema.

The July Film of RCB Film Club’s 2019 Movie Series, is supported by the Embassy of the Republic of Uzbekistan, who will host a reception.

Reserve a seat by email [email protected] and also let the organisers know if you would like to avail yourselves of the RCB boat services.

Tags:
The Girl With the Red Scarf Uzbek film Bangkok