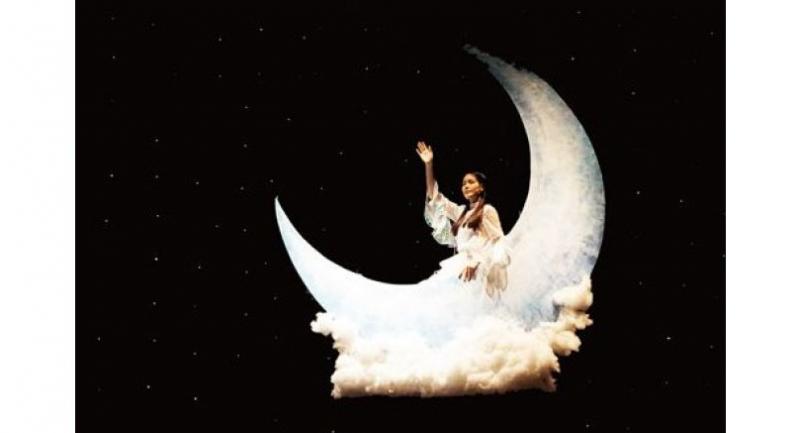 One Sunday afternoon in my senior year in college back in 1991, I watched Dass Entertainment’s “Onlaweng Phleng Nangfa” at MBK Hall with one of my best friends, having won a pair of tickets from a radio show quiz. I can still recall that we had a delightful time at what was Dass’s grandest stage production to date. Lighthearted and straightforward, the colourful mix of drama, action, comedy, romance and fantasy – the mixed-genre story of which Thai audiences are always fond – featured commendable performances by a large group of professional singers, stage thespians and aspiring young performers. I had almost the same impression last Sunday afternoon at M Theatre when Dreambox revived the production with the new title “Nangfa: The Musical”. This was notwithstanding the fact that Daraka Wongsiri had considerably updated the book, added new songs and had others rearranged by a team of composers including veterans like Sutee Sangsareechon and Kaiwan Kulavadhanothai. No matter how pleasant the scenes with young and adult angels were back then and still are now, I couldn’t help but think how much fun they would have been with cross-gender casting, although it wouldn’t count as family entertainment in this conservative country. As in many of Daraka’s works, female characters have meatier roles, and thanks in part to her longtime collaborator Silpathorn artist Suwandee Jakravoravudh, they came alive on stage. However, this also meant that the audience almost forgot that there’s a male lead character until the charismatic police officer Chanchai, incognito as a beggar, had a chance to pour his romantic heart out in solo number “Someone” towards the end, when Kemawat “Keng” Rerngtham’s heartfelt rendering brought smiles to our faces. As the title character angel wondering why people no longer made wishes, Elisabeth “Rose KPN” Ruangkritya has developed, through different roles in Dreambox’s musicals, from a singer into a true musical theatre performer. Here she was equally comfortable singing, acting and dancing and could carry the whole show. Her charactisation work, marked by primness and properness in addition to optimism and even naivete reminding me of a preinternetera convent schoolgirl, was spoton, making it both charming and occasionally comical. Shining bright in the supporting role of Mai Fa was Nisachol “Nest AF” Siwthaisong whose singing prowess was well complemented by her deft comedic timing that reminded many audiences of another Dreambox regular Kanokwan Buranond. Almost unrecognisable in her thug character Sin who didn’t want to be called by her birthname Sinchai, was Phatchalarwaree “Jasmin” Damrongthamprasert, and allowed for a little gender diversity in the story now that our education ministry has put it in school textbooks. Nangfa descended upon our City of Angels with five wishes for we humans, and right now I have two urgent ones to ask her. My first is that our country will soon be truly democratic, and that means her people all agree to disagree and believe that harmony is when people, young or old, think differently and accept that fact. My second is that all members of the new cabinet are really fit to each task and ready to push our country forward, not just those who need to be in charge simply because of their political, or familial, connections. But of course that wouldn’t be family entertainment and so to keep our mind off Thai politics for a few hours, we can simply enjoy this musical, in which none of the police are corrupt, with our kids. “Nangfa” is the first of the three musicals this year when Dreambox – Dass as it was known in an earlier reincarnation – is celebrating the 33rd anniversary of their musical productions. Next up is the highly anticipated new work “Namngoen-Thae”, an adaptation of two-time SEA Write laureate Win Lyovarin’s novel coming to the stage in August, and then in November their revival of “Mae Nak”. We will probably have to leave our kids at home for both. - “Nangfa: The Musical” continues this weekend and next at M Theatre, on New Phetchaburi Road, between Thong Lor and Ekamai. It’s staged on Saturday at 2pm and 7.30pm and on Sunday at 2pm.