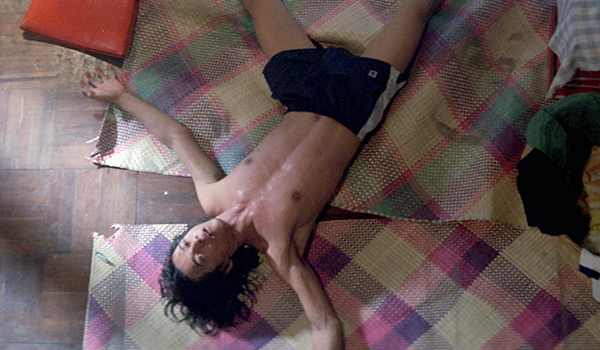 ​​​​​​​In modern Thai cinema, where comedy and horror rule the box office, it’s rare for any movie to dwell on drugs and guns.

But with drugs and the violence that procuring them often entails still very much part of daily life, the Thai Film Archive is inviting cinephiles to dwell on these problems with a “Drugs in Film” programme that kicks off today and runs through the end of this month. Ten Thai films and one international movie will be shown at the Salaya Theatre at the Archive on Buddha Monthon Sai 5, Salaya.

Showing this evening at 5.30 is the classic Thai movie “Ruang Khong Nampu” (“The Story of Nampu”). Made in 1984 and directed by Euthana Mukdasanit, it’s based on the story of late writer Suwanee Sukhontha who lost her son to drugs. The film sent singer/actor Amphon Lumpoon to stardom for his portrayal of Nampu and became a massive hit at the box office. Other films include “Heroin” (1994) and “Sia Dai” (1994) directed by MC Chatrichalerm Yukol. “Sia Dai” (1994) is an award-winning drama about high-school girls who escape their family troubles by spending time in a drug den while “Heroin” (1994) is an action drama that delves into the heroin trade in Pattaya. Also on the programme are “Hian” (2003), a horror film about a drug runner who encounters an evil presence in a hospital and “Sicario 2” (2018), the American narcotic thriller. Screening too are “18 Fon Khon Antarai” (1997), which is widely considered Poj Anon’s best film, about a group of rogue teenagers trying to turn their lives around only to be dragged back into the vicious cycle and the late action director Panna Ritthikrai’s 2003 film “Kerd Malui” (“Born To Fight”) (2003), a police thriller in which a young captain is sent to bust a drug gang in a border town.