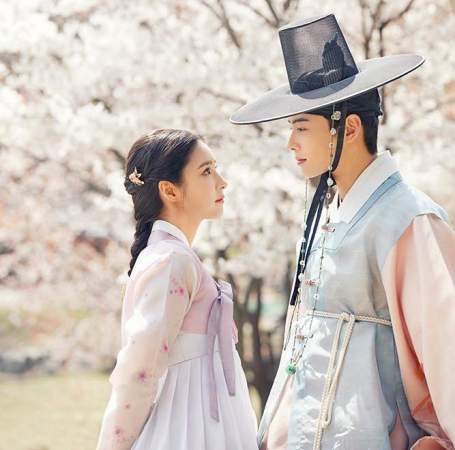 It’s the second new Korean drama debuting this month after the politically charged “Designated Survivor: 60 Days”, a remake of an American series of the same name.

“Rookie” is a period love story involving aspiring historian Goo Hae-ryung, who dreams of a future in which all people are equal, and Prince Yi Rim, a lonely man who leads a double life as a romance novelist.

The series is set in the 19th-century Joseon Dynasty, when conservative clinging to the past was the norm. The government wishes to record the history of the queen’s quarters and needs a woman historian for the job, so an unprecedented exam is held for female candidates and Goo gets the job in the palace.

Goo, played by Shin Se-kyung, is brazen and honest and believes that the calligraphy brush is mightier than the sword. Shin is known for her leading roles in “The Bride of Habaek” and “Black Knight: The Man Who Guards Me”.

Cha Eun-woo, known for “My ID is Gangnam Beauty” and a member of the K-pop boy band Astro, plays Yi Rim, so of the king and second in line to the throne. But his father dislikes him and even considers him a threat to the royal family.

Two episodes a week will air on Netflix.