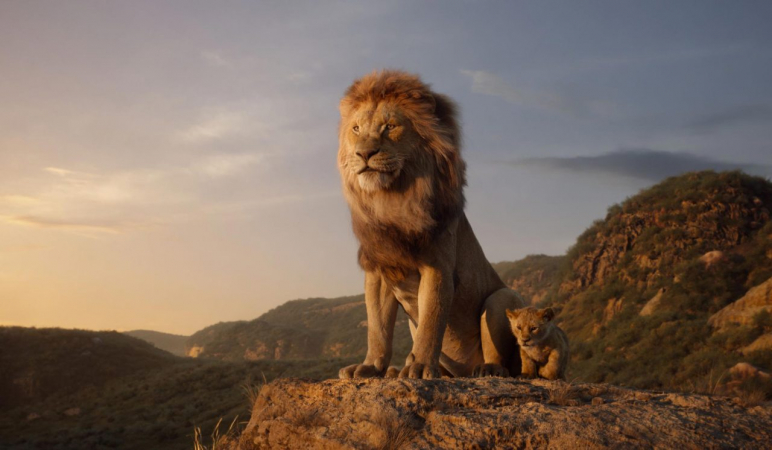 Twenty-five years since the release of Disney’s “The Lion King,” the story of Simba and his journey to his rightful place on the throne has entertained fans through various media -- from a smash-hit Broadway musical to animated series like “The Lion King’s Timon & Pumbaa” and “The Lion Guard.”

The animated classic can arguably be said to have influenced superhero films too, with many seeing traces of it in the 2018 film “Black Panther,” though Disney has never said so.

This summer the beloved story has found its way onto the big screen in the form of a live-action remake directed by Jonathan Favreau, the man behind the critically acclaimed “The Jungle Book.” After “Beauty and the Beast” and “Aladdin,” it is the latest of the Disney classics to get a live-action makeover -- well, almost.

Though most reviews refer to the 2019 version of “The Lion King” as a live-action film, Disney calls it an “all-new medium” film -- one that deploys not just live-action techniques but virtual reality, CGI and photo-real digital imagery as well.

Much like “The Jungle Book,” the production process did not involve any animals standing in front of cameras in a studio, although the film feels nearly as live and realistic as any National Geographic program.

The production team’s two-week visit to Africa allowed it to capture photo and video of animals and locations that served as inspiration for most scenes in the film. Producers also installed cameras and microphones in zoos and examined the footage and audio recordings.

As a result, every hair, whisker and muscle of a lion comes through in the final product. Even the footsteps of the creatures sound like the real thing.

The storyline, of course, sticks to the original work. Pride Land is ruled by King Mufasa, a benevolent king who respects the harmony between herbivores and carnivores. Simba, a son of King Mufasa and Queen Sarabi, is the heir to the throne.

Simba’s uncle Scar, who could not become king because of his brother Mufasa, is hungry for the throne. He tricks young Simba and puts Mufasa in danger, plotting to kill his own brother.

After Mufasa’s death, Simba runs away from home and meets the lovely duo Pumbaa and Timon. Backed by Nala and the duo, Simba heads back home to Pride Land, ready to fight his uncle and reclaim his seat on the throne.

Not much is new for the storyline. The slow buildup in the beginning may bore the audience. And the ending is nothing innovative -- it only shows how the strong rule the weak.

But the production team did not really have many choices. It is “The Lion King” after all.

Like many other animated films from Disney, “The Lion King” comes with a legendary soundtrack. The film opens with the iconic “Circle of Life” song. “Hakuna Matata” lightens up the whole play, which had been perhaps a bit too dark and serious for a Disney film.

Beyonce proves why she had to be Nala -- despite the fact that she sounds a bit too mature for the part -- through the original song “Can You Feel the Love Tonight” and newly created song “Sprits.”

As for the characters, Simba and Nala actually fail to be irresistibly charming. Simba’s arrogance turns into guilt and then vengeance, which are not the most attractive emotions. Nala is all about responsibility and justice, which seem to be a bit flat.

It is Pumbaa and Timon who are just darlings, even when they are on the verge of being served as dinner for hyenas. While Simba’s fight for the throne reminds us of “Hamlet,” they are the duo that reminds us that this is a sweet old Disney movie.

Despite of the state-of-art technology, ironically, some reviews suggest “The Lion King” might be falling into the “uncanny valley,” referring to how we feel uncomfortable toward things that appear nearly, but not quite, human. They say the hyperrealism does not allow the audience to be fully immersed in the emotion.

It does sometimes seem like animals in a documentary film are speaking, yes. But awed by the realness that the production team has brought to the film, the thought does not really pop into one’s mind until the film is nearly over.

The 2019 remake can be summed up as state-of-the-art technology enhanced by beautiful melodies, highlighted by people’s nostalgia for Disney animations.