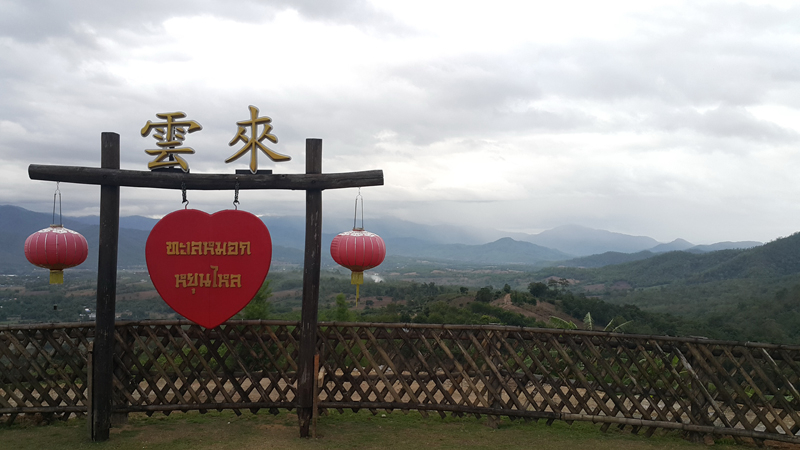 “HIP” – a free lifestyle “offline and online” magazine based in Chiang Mai – recently decided to blend the best of both worlds, linking a cycling activity with the third edition of Pai Jazz and Blues Fest, which was recently held at Belle Villa Resort and others venues around Pai in Mae Hong Son, the most mountainous province in Northern Thailand.

“HIP” – a free lifestyle “offline and online” magazine based in Chiang Mai – recently decided to blend the best of both worlds, linking a cycling activity with the third edition of Pai Jazz and Blues Fest, which was recently held at Belle Villa Resort and others venues around Pai in Mae Hong Son, the most mountainous province in Northern Thailand. 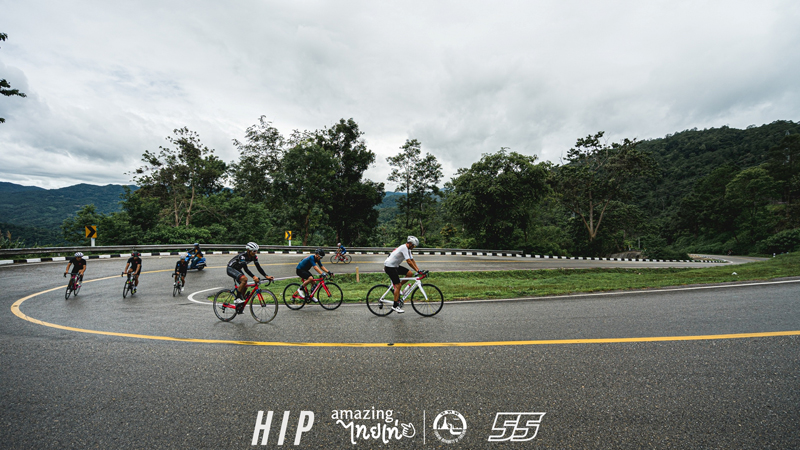 Cyclists take one of the 762 curves on the road from Chiang Mai to Pai.

The group of cyclists, some of whom had made the journey up from Bangkok, gathered at Chiang Mai International Exhibition and Convention Centre early in the morning to go over the 114-kilometre route before heading off on an assortment of road bikes, mountain bikes and folding bikes to the first rest stop at Mont Café Restaurant by Mont Raming in Mae Taeng District, a distance of 26 kilometres. This café and restaurant proved a perfect venue for the hardy road warriors who admired its exterior décor of Spider-Man and Captain America figures but were slightly less enchanted with the teddy bears inside. 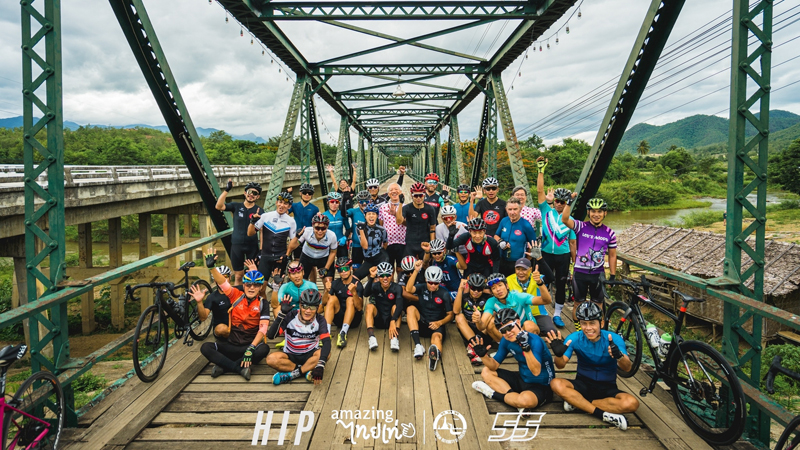 Cyclists pose for a photo at the finishing point, Pai Historical Bridge.

From there, it was a mere 20 kilometres to Pankled Coffee, a rural stop surrounded by pastures and boasting an art studio, a sheep pen house, a garden filled with grape vines and mulberry bushes and an organic farm. Lunch was taken further along the road at the aptly named OK Mart, the halfway point on the way to Pai. 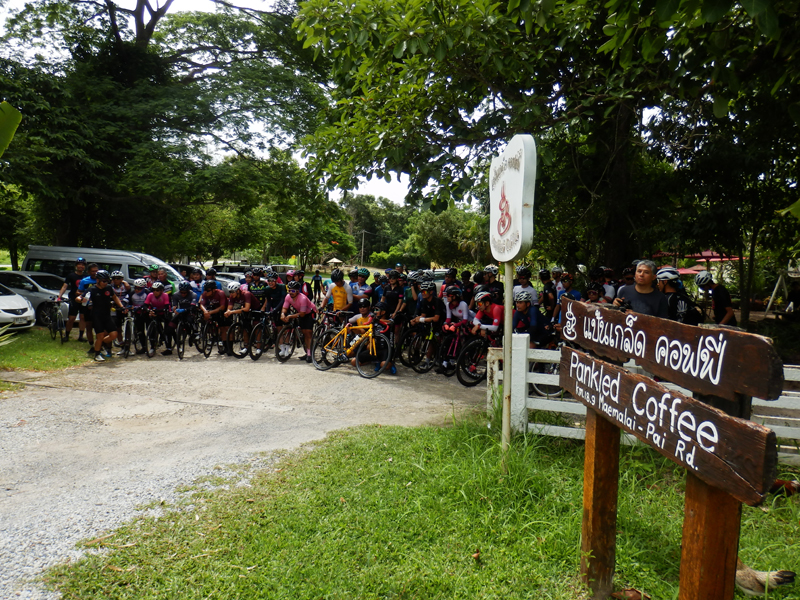 The going got hard after the third rest stop with a grueling 20km ride all uphill and the cyclists let out a collective sigh of relief on reaching rest stop number four, the Mae Ya Checkpoint in Huai Nam Dang National Park, a well-known beauty spot. Some were too exhausted to pedal further and piled into Tsukemen 55 Cycling Club’s service van while the rest crested downhill towards Pai Historical Bridge and the finish point. 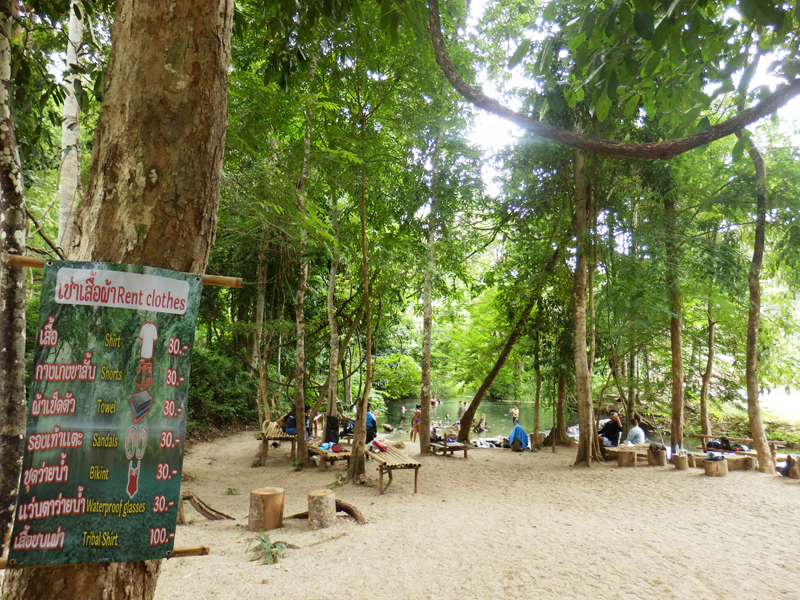 “This cycling event isn’t a competition but about making friends. And we are giving medals to those who complete it. Lots of people get travel sick when they travel on this route by car but it doesn’t affect those on bicycles,” said Somchai “Nong” Khan-asa, the founder of the magazine and organiser of the local cycling event “HIP Pan Pai”, which is held twice a year. “Riding to Pai is tough in parts but it’s enjoyable and challenging,” he added. 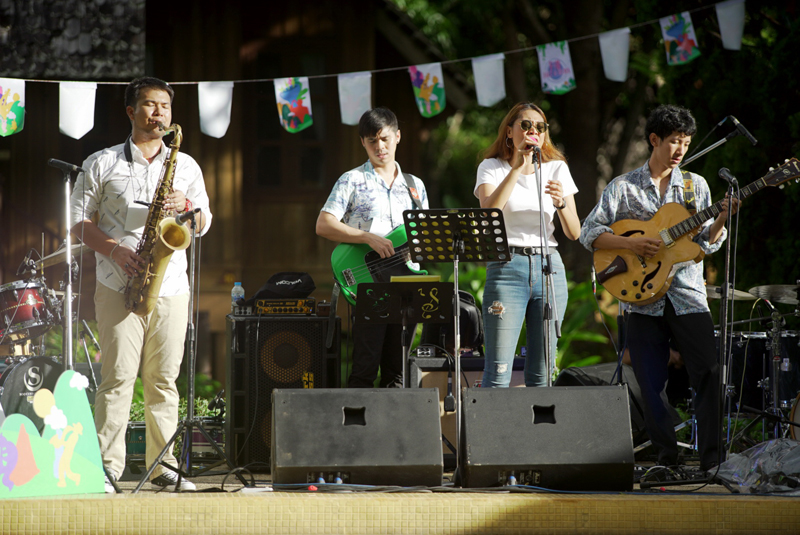 Somchai has put together the ride from Chiang Mai to Pai for four years and usually ends it with donations of goods to local schools. Participants sign up for a package that includes the cycling service and two nights’ accommodation at Belle Villa in Pai. “I was delighted last year to learn that some cyclists had driven all the way from the Northeast to take part. We also had a Korean woman, a couple of Taiwanese bloggers, as well as celebrities Mint and Waan Waan. Last year, we presented a playground to a foundation in Pai. Two years before that, we partnered with CIMB and presented kitchen equipment and computers to several schools in Pai.” 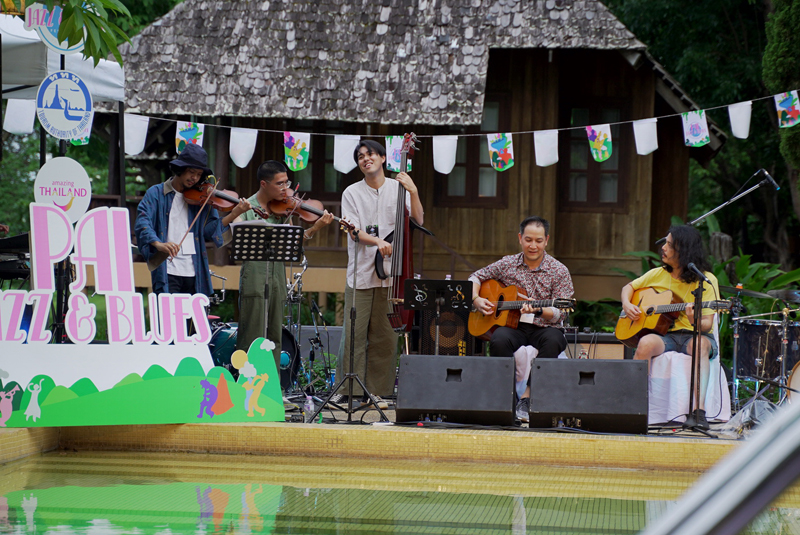 After a meal at Coffee Tea Sapan @Bura Lumpai Resort adjacent to the bridge, we visit Sai Ngam Hot Spring, which is managed by the local Lisu residents. Thais and foreigners pay just Bt20 to luxuriate in the hot water and the money is used for repairs and maintenance. The villagers help each other to support the local school, which is attended by many of their own kids. 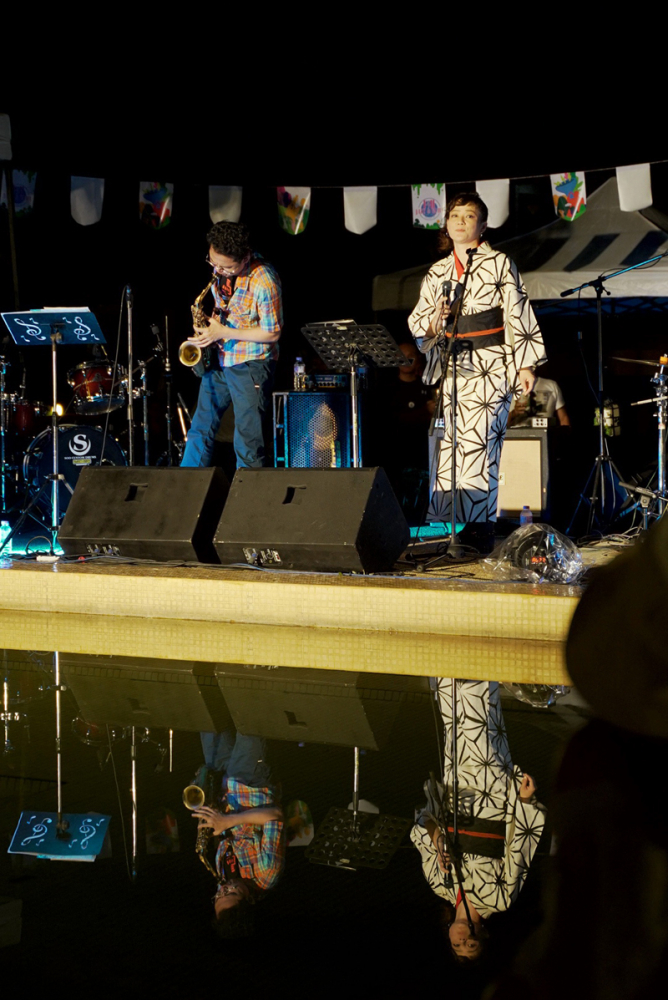 Japan’s Meguru performed at Pai Jazz and Blues Fest for the first time.

Before heading back to the resort, we pay our respects to the sacred Chiang Saen-style Buddhist image, called “Un Mueang”, at Wat Nam Hu. A popular pilgrimage for local people, the head of the statue is hollow and contains holy water. Behind the temple itself is a pagoda dedicated to HRH Supankalaya, the older sister of King Naresuan the Great. 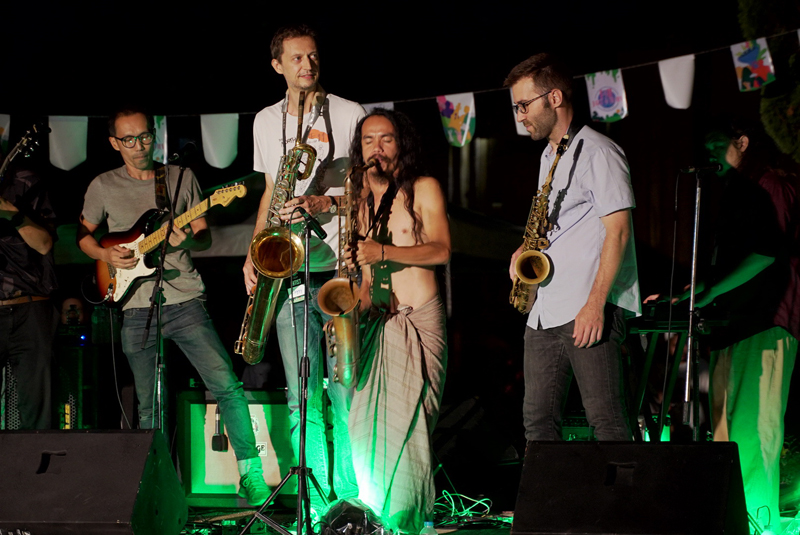 Doggy, a soul and funk band

We end the day with the music festival and catch modern jazz artist Doijao, Bachswing, who plays gypsy jazz and swing, blues band the Ice and Earth Band, Japanese jazz band Meguru, a lively jazz rock set by InDeedweNeed, soul and funk from Doggy, and the Banglumpoo Blues Company who closes out the festival.

We are up bright and early to appreciate the breathtaking scenery from Yun Lai Viewpoint, a part of the nearby Chinese Village then tuck into desserts and drinks at vegan restaurant, Earth Tone before heading back to Chiang Mai to catch our flight. 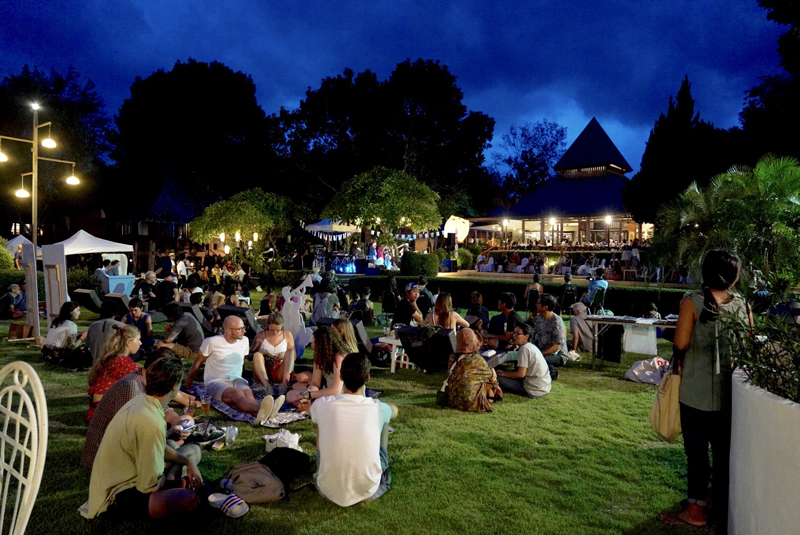 The area of the stage at Belle Villa Resort was packed with jazz and blues fans.