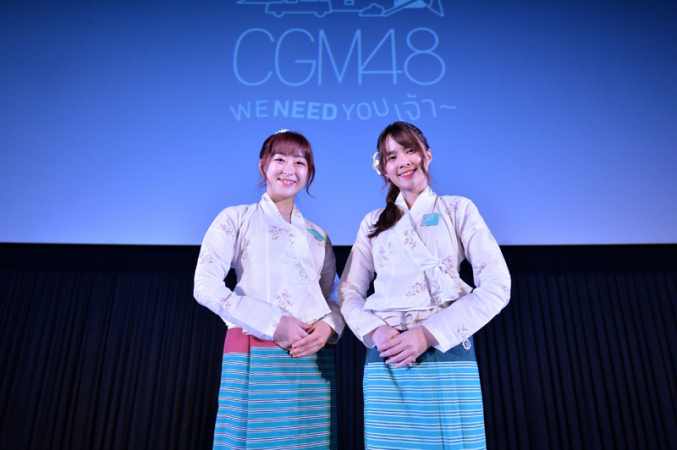 Fans of BNK48 have plenty to celebrate with the launch of CGM48, the second sister group of the most popular girl idol group in the country, and also the promotion of two members Punyawee “Aom” Jungcharoen and Rina Izuta – to captain and shihainin (manager) respectively.

“This is part of our ‘BNK48 Goes Regional’ project that aims to expand the fan base to other regions and follows on from our ‘BNK48 Thank You & The Beginner’ road show in Hat Yai, Khon Kaen and Chiang Mai, which received great feedback," said Jirath “Tom” Pavaravadhana, chief executive of the BNK48 Office during the recent “CGM48 We Need You Jao” event held at MasterCard Cinema@SF World Cinema, CentralWorld.

“We are always testing the market and our research clearly shows that there’s plenty of interest in BNK48 among the new generation in these cities.”

In addition to the road show, BNK48’s latest single “Jabaja” focuses on the art, culture and tourism in all four regions of the country. 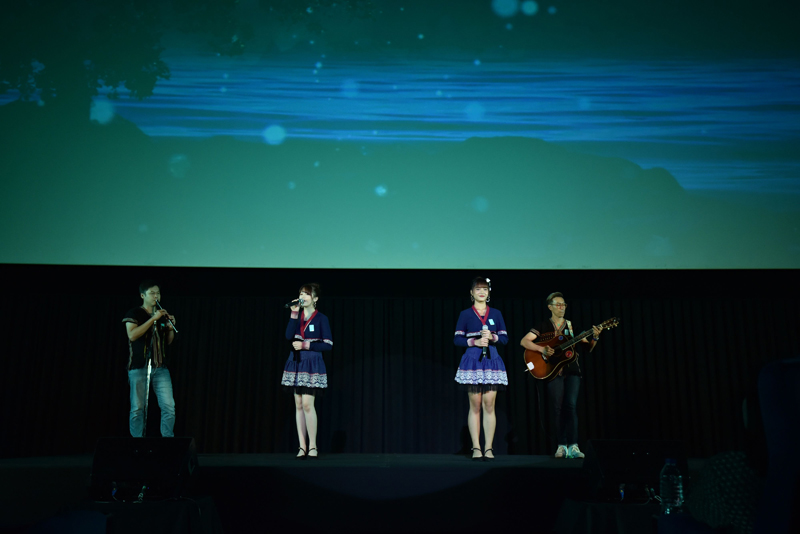 “We will present the identity of Chiang Mai and its Lanna culture through CGM48. Chiang Mai has a population of 1.7 million people, making it the fourth biggest city in Thailand and also sees 2 million Thai visitors and 900,000 foreigners including from China going there each year. We think that Chiang Mai is an interesting and new marketing combination strategy for CGM48. The colour representing CGM48 is spring green and is inspired by the mint leaf,” he explains, adding that the head office of CGM48 will be in Chiang Mai and also feature a theatre, digital live studio, training centre, café and a dormitory. “We will make Chiang Mai better known and turn its local culture more into pop culture.” 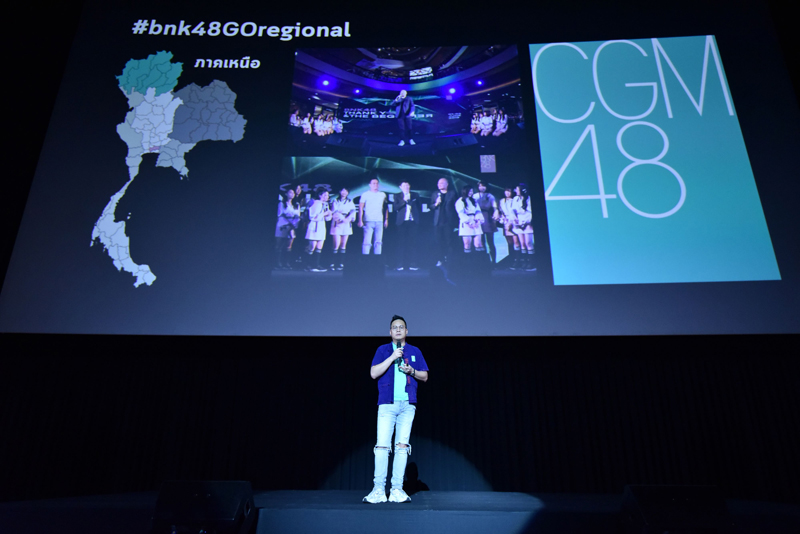 Jirath Pavaravadhana of the BNK48 Office talks about the ‘BNK48 Goes Regional’ project, which will expand the idol group’s fan base to other parts of the country, especially to Chiang Mai with CGM48.

And it looks as though he is on the right track, as the CGM48 fan page without any idols and content gained 75,000 followers within 24 hours. That figure has now gone up to 99,000.

“CGM48’s format and pattern will be similar to BNK48 but offering new experiences including handshake or hi-touch, a theatre and a digital live studio. It is expected to become a landmark,” says Natapol “Job” Pavaravadhana, chief marketing officer of the BNK48 Office. 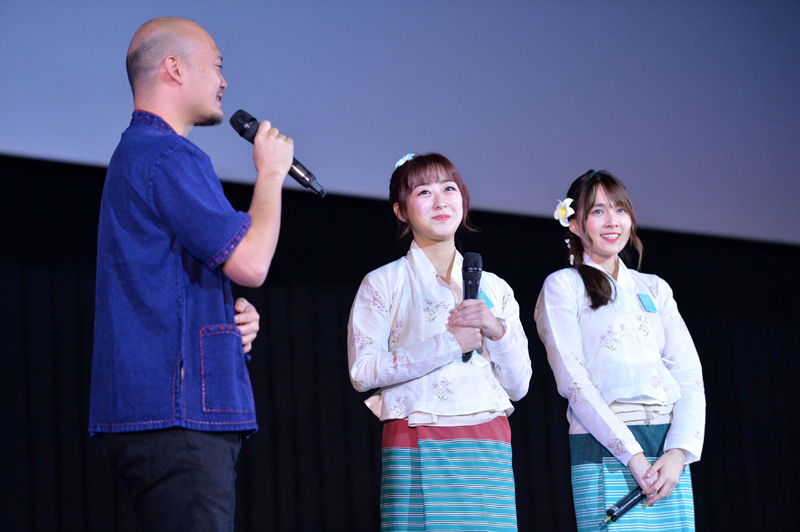 Natapol Pavaravadhana surprises Aom and Rina with their new positions - captain and manager.

“CGM48 will of course have a signature song called ‘CGM48’ as well as newly written tracks.” 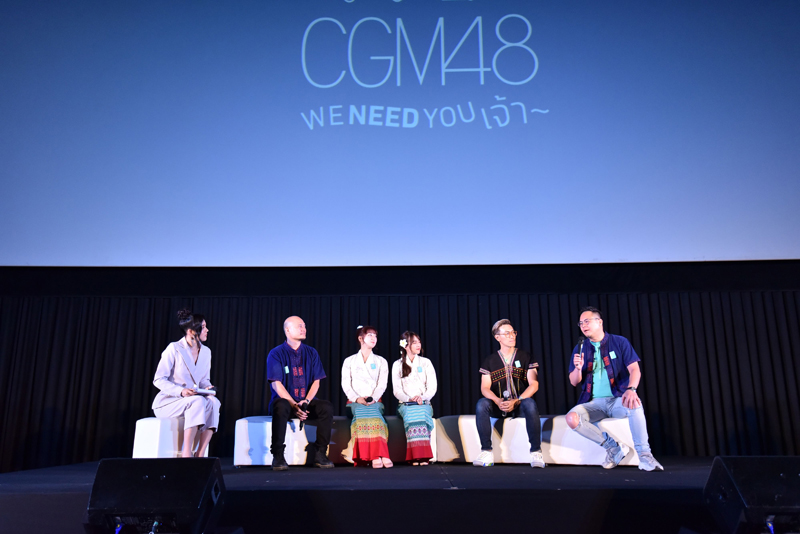 The transfer of Aom and Rina to CGM48 is both good and bad news for their “otaku”: the good news for the two BNK48 members is that they gain the positions of captain and a manager but many fans are asking on social media why the only Japanese member, Rina, has been moved so soon after taking centre stage with her song “Reborn.” 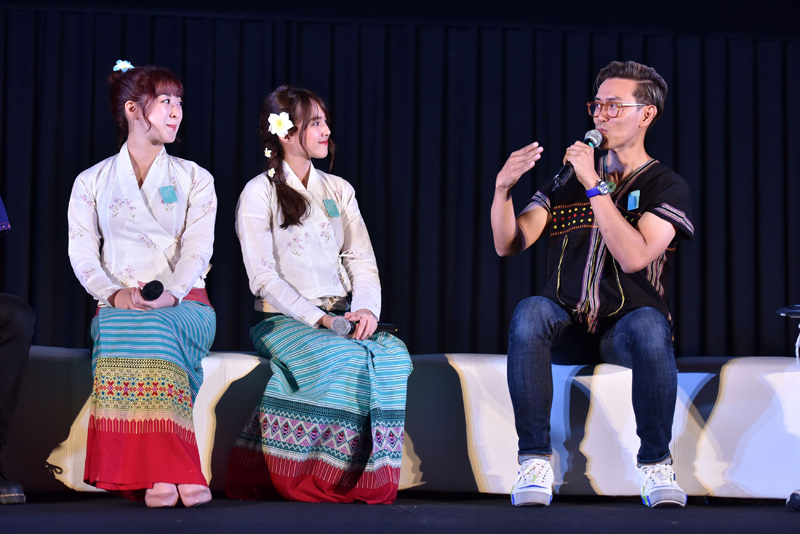 Pongchuk Pissathaporn talks about CGM48’s song, which draws on scent of Northern language and culture.

“As everybody knows, Rina was with Japan’s AKB48 for seven years and has been with BNK48 for two years, so she has a total of nine years’ experience to share with CGM48’s new members. Today, she is ready to take on a new challenge. I saw Nong Aom instructing the students of cheerleader club and thought she would make a good leader. Receiving first class honours at the Faculty of Science, Thammasat University is a reflection of her perseverance and diligence. So, we think Nong Aom and Rina will be great for the new idol group,” says Jirath. 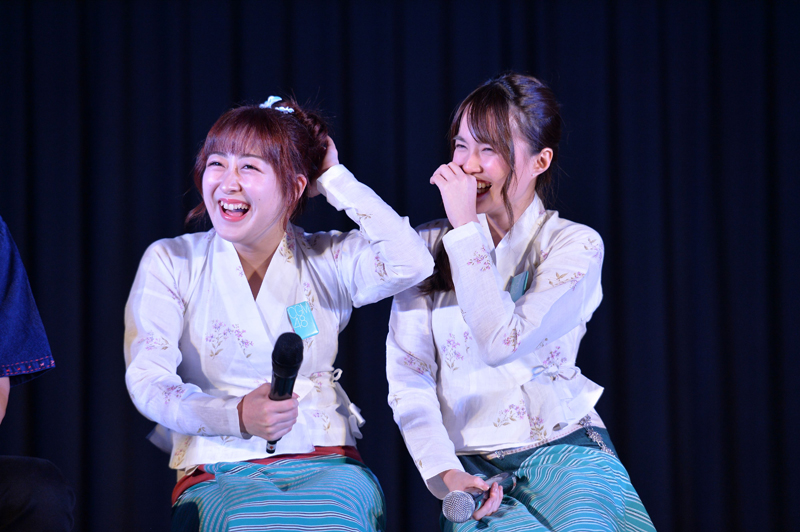 “Both can still join BNK48’s events. We are not cutting them off,” Natapol adds.

So what do the girls say?

“I’m both glad and surprised, because it is a very big and important chance for me to take charge as a shihainin for the first time in my idol career,” says Rina. 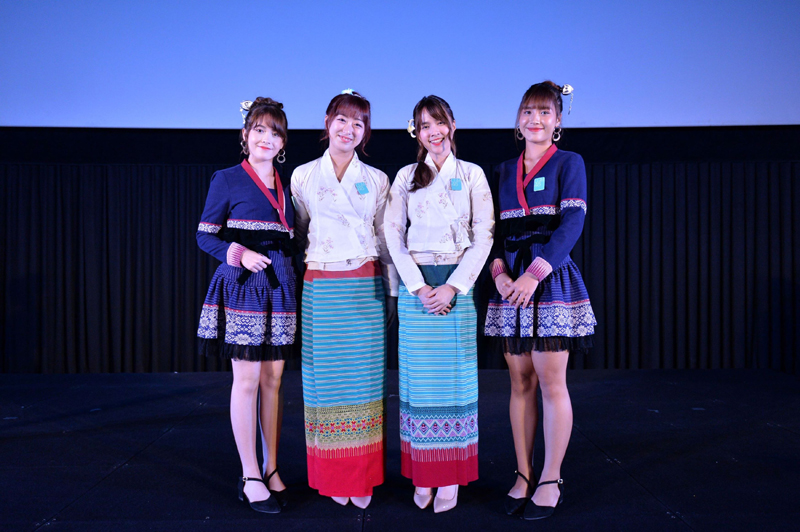 “I was born in Chiang Mai and see the beauty of the province, culture and the way of people’s life. Being with CGM48 will make Chiang Mai better known. I never thought I would get the chance to be a captain. It is very challenging,” adds Aom.