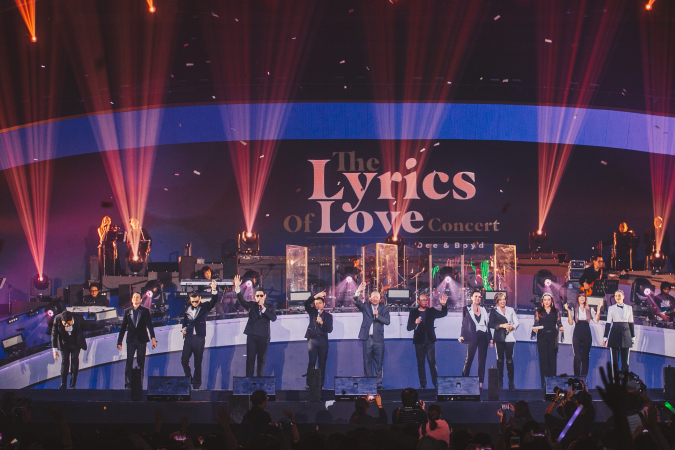 Boasting hundreds of songs between them, Nitipong “Dee” Honark and Cheewin “Boyd” Kosiyabong had no shortage of crowd-pleasing pop classics for the “Lyrics of Love: Greatest Hits of Dee and Boyd” concert.

The show on Saturday night began with “Dee’s daughters” and “Boyd’s little brothers” taking turns belting out hits from the opposite camp. 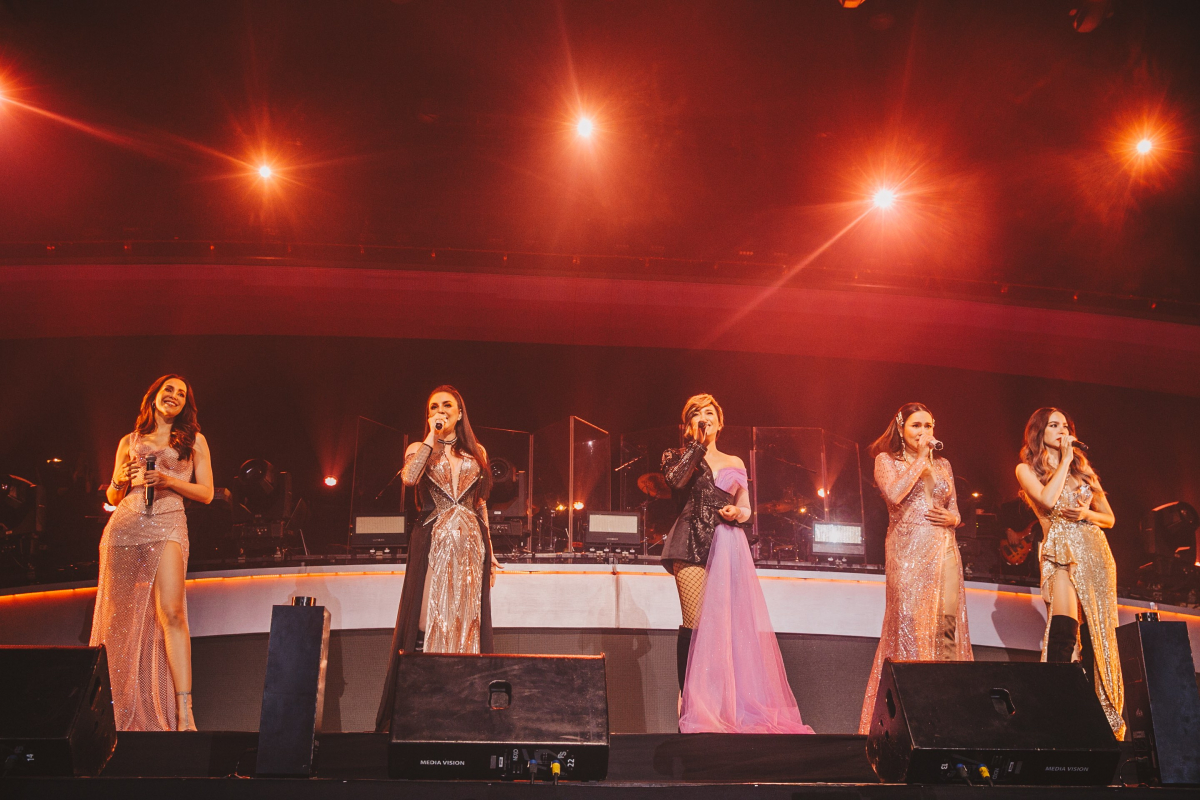 Mai opened the concert by singing Boyd’s “Krai” (Who), then Noi crooned Dee’s “Atja Pen Kon Nee” (He May Be the One), getting the crowd grooving to the back-and-forth format.

The music was provided by the 13-member Extra Band with four backup singers, while the dancers came from Move Mania.

The singers were greeted with loud cheers, though the decibels from the predominantly female audience rose noticeably every time a male singer took to stage, peaking when Burin showed up.

Once the 10 singers finished the opening set, the composers themselves showed up on stage, each with a guitar in hand. Dee delivered his own composition, “Khaojai” (Understood), while Boyd sang his “Ja Keb Ther Yoo Nai Jai Samer” (You Will Always Be in My Heart) – each taking turns singing the other’s chorus.

Boyd revealed to the audience that Dee was his mentor, then invited him for a selfie with the audience as background.

Songwriter and music producer Boyd, 51, is co-founder of the Bakery Music label and now runs the production house Love Is. But his fame rests on more than 100 romantic compositions, a body of work that has earned him the moniker “master of love songs”.

Dee, meanwhile, was once a key member of the legendary band Chaliang and has composed more than 300 songs so far. Now 59, he is formerly also a senior executive of music giant GMM Grammy.

Back on stage, the male singers joined up for a touching rendition of Dee’s “Man Koy Dulae Lae Raksa Duangjai” (Take Care of Your Heart), while the women took on Boyd’s “Chuang Thi Dee Thisud” (Best Time). The voices were sweet though interrupted by occasional crackles from a faulty microphone. 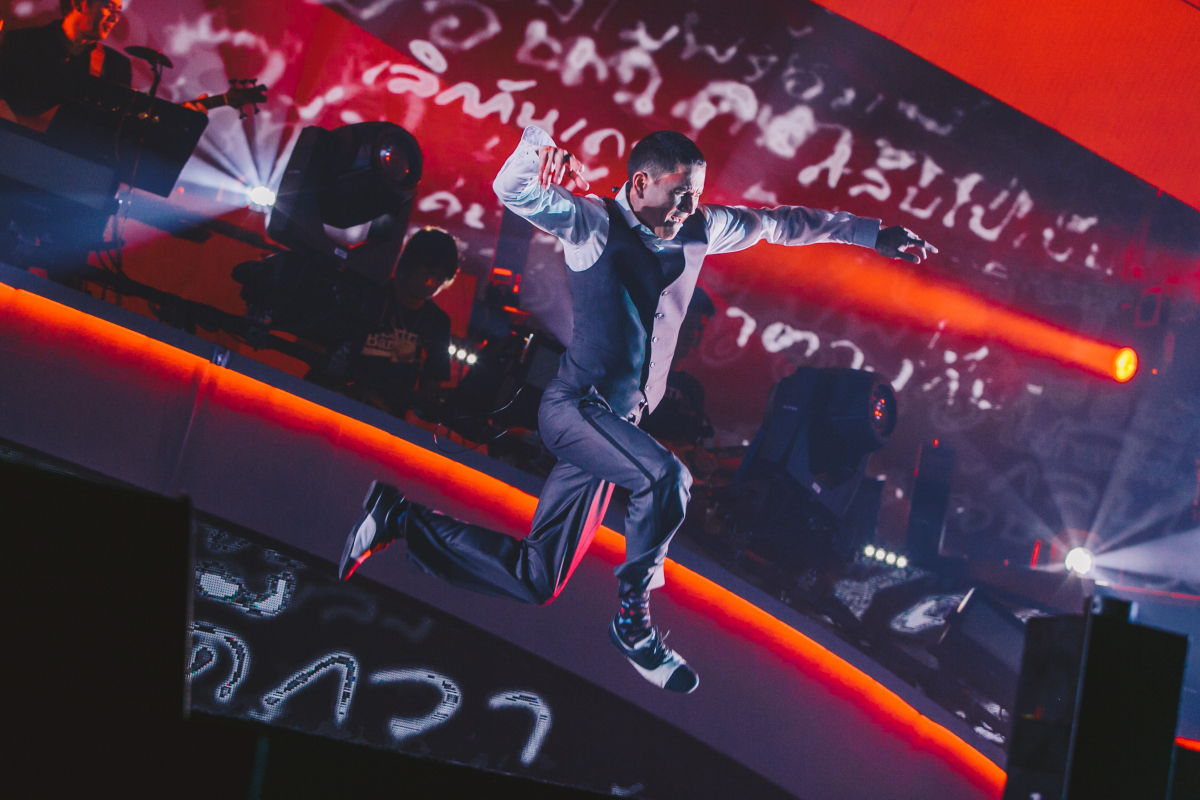 The singers also took turns in delivering solo numbers and duets. Ben and Nop decided to get close and personal with fans by stepping down into the aisle, while Noi’s energetic dancing left him breathing so hard he had trouble finishing his song.

“Dancing queen” Christina joined Mai and got fans dancing with their fast-paced hits, while Amp’s delivery of Anchalee Chongkhadikij’s “Rak” was mesmerising enough to earn a long ovation.

The show closed with the composers leading their “little brothers and “daughters” in a rendition of three classics – “Rao Mee Rao (We Have Each Other), “Ruedu Thi Taktang” (Season Changes) and “Rak Ther Samer” (Always Love You).

With that final song still ringing in their ears, fans left cherishing yet another special memory of two greats of Thai pop music.