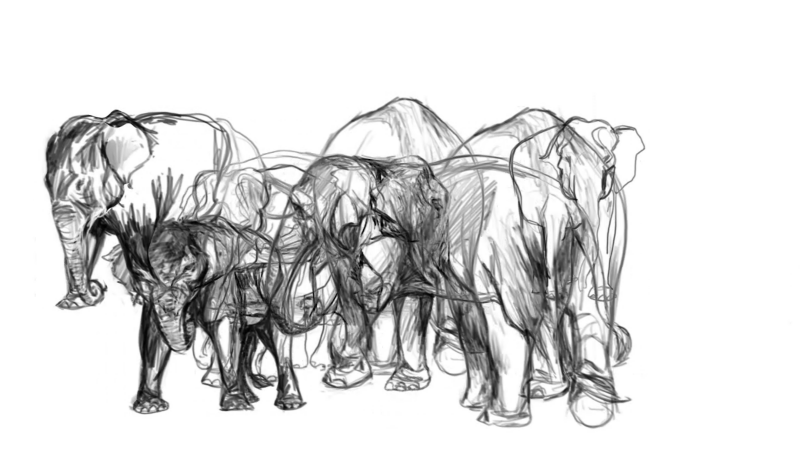 To celebrate World Elephant Day on August 11, artist Millie Young is presenting a combination of her drawings and animation works that reflect on an obsession with anthropomorphising the elephant in Thailand, along with her desire to remind us that they are beautiful and sentient beings that deserve better from us.

The exhibition, “Lost and Found: The Elephant in the Room” by Millie Young at Neilson Hays Library runs August 2 to September 1. The August 4 opening night runs 5pm-8pm, while a workshop on August 3-4 is from 1pm-4pm.

The display includes a series of prints that echo a Victorian style of scientific studies through animation sequences in a series of 24 images per print, an homage to Eadweard Muybridge the photographer credited with developing photographic sequences of motion. The main feature is a 360-degree projection experience in the Rotunda room that will be screened during lunch hours, in the late afternoon after school on weekdays, and at weekends. 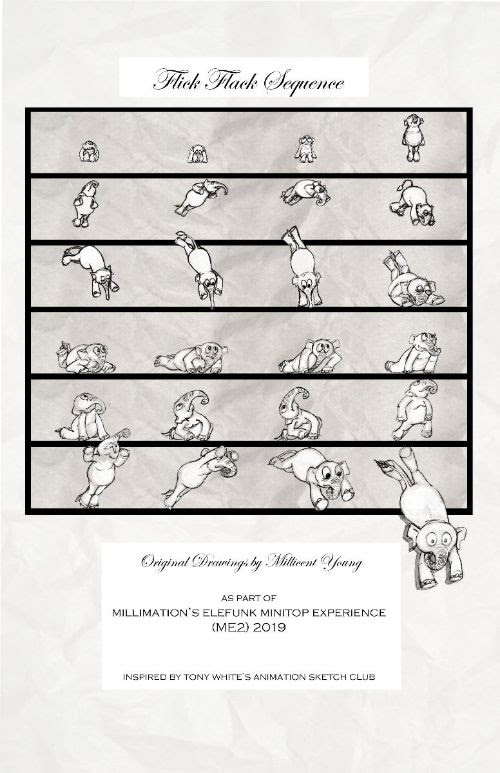 The artists will be available at the screenings for questions, and screenings can also be booked for groups at least two days in advance. The work is part of a study in 360-degree animation that Millie is developing for her research leading to a PhD in Design (International) at Silpakorn University.

Young started Millimation’s Animation Workshop in 1994 in Brighton, UK where created animation and films by, with, and for the community.

“Tally Bloody ho!” won the Arts Council 1999 Taped Up award. From 2000 she began to research about Thai elephants and mahouts while continuing to revisit and build a reputation as an elephant artist. In 2007, Millie transferred to live in Thailand. Her MA graduation animation “Mere Wife” was screened at the World Bangkok Film Festival 2008, becoming pivotal to her current animation lecturer position at Mahidol University International College. Her research work has explored various aspects of oral history, national identity, Thai animation history and independent animation.

Special events include workshops August 3 and 4 from 1pm-4pm exploring “Zoetropes, Phenakisoscopes and Thaumatropes – Animation from the very start!” It is sponsored by Mahidol University International College.

Also on August 11 from 10am-4pm there is an activity, “Let’s Animate Elephants in the Room!” In celebration of World Elephant Day on August 12, participants will help create animation for a special installation in the 360-degree setting. There will also be talks, screenings, and storytelling along with information about elephants in support of BLES. BLES is a sanctuary for elephants based near Sukhothai that is “passionately devoted to creating a safe home for Thai elephants”.