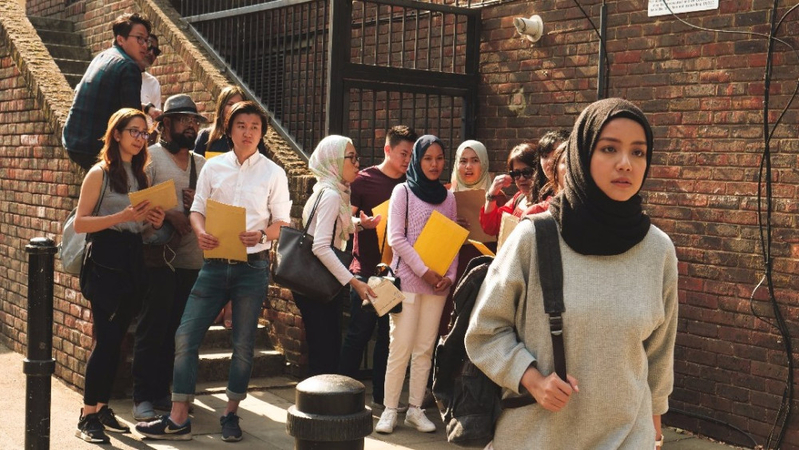 The RCB Film Club’s 2019 Movie Series returns next month with the Malaysian film “Rise”, one of the activities being organised by the Malaysian embassy in Bangkok to make the country National Day. It will screen on September 14 at 4pm at RCB Forum on the second floor of River City Bangkok

The film follows the lives of six characters of different ethnicities, cities, professions and social status. What binds them together is their love for their homeland, especially at the time of their crucial Elections in 2018. The highlight of the film is the reporting on the last Malaysian elections and in particular, the sensational win of Dr Mahathir Mohamad, who appears at the end of the movie

It is a unique film that combines politics, patriotism and personal choices in a multi-racial, multi-lingual country.

The wide array of characters in the drama includes a Muslim-Malay student in London, a Chinese-Malay restaurant worker in Singapore, a classical Indian dancer and polling agent at odds with her rigid father, a policeman confused by the lure of corruption, a businessman moved by the plight of illegal workers and a journalist trying to uncover the truth.

The film is directed by three filmmakers from different ethnic communities: Malaysia-Malay, Chinese and Tamil/Indian. Many issues are dealt with and cover the fields of education, business, politics and an inter-racial society. The characters not only represent their independent cultures but also speak their own languages with dialogue switching between Malay, Chinese, English and Tamil, which add to the unique flavour and strength of the film.

“Rise” was one of last year’s most eagerly anticipated movies and was well-received by the multi-ethnic country. It offers ample proof that a diverse nation can be a homogenous one.

The film screening is courtesy by WebTVAsia and supported by the Embassy of Malaysia, Bangkok who will provide Malaysian snacks and drinks after the screening.

Dato Jojie Samuel, Ambassador of Malaysia to Thailand, will introduce the film.