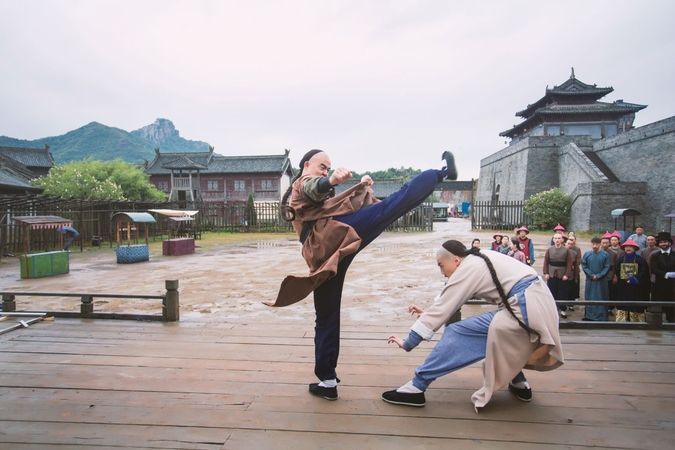 There’s plenty of exciting action coming up on the small screen with the premiere tomorrow (September 4) of HBO Asia’s new martial arts film “Master of the Nine Dragon Fist: Wong Ching-ho” at 7pm.

Co-produced with China Movie Channel (CMC), “Master” is the fourth installment in the Chinese language martial arts anthology that made its debut back in 2016.

Directed by Si Xiao Dong (“Detective” and “State Mission”),it stars Shi Junzhe (“Tycoon”), as the titular lead, China’s National Martial Arts Champion Fan Weipeng as Mun Sing and Yin Ran (“The Next Magic”) as Ching-Ho’s wife, it was shot in Mandarin in Xiangshan though viewers in Asia will be able to watch it dubbed in English with local language subtitles when it premieres on HBO.

The film is set in the early 19th century at a time when Britain encouraged Chinese opium use to turn around the trade deficit with China. In Canton, Wong Ching-ho, the head of a Guangzhou martial arts alliance decides to take action and burn down an opium warehouse. Local officials turn a blind eye or fear of causing a public riot. Mun Sing, a Kung Fu master from out of town, is recruited by the opium suppliers to challenge the local martial arts houses. Eventually Wong Ching-ho develops the “Nine Dragon Fist” and defeats Mun Sing. Wong Ching-ho become a hero and helped locals build rehabilitation facilities in Guangzhou.